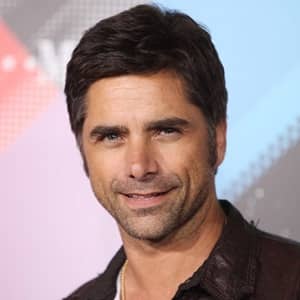 John Stamos is an actor and musician from America. His most prominent roles include roles in ‘General Hospital‘, ‘Dreams‘, and ‘Grandfathered‘. His fans often had the quintessential bad boy image of him, thanks to his boyish charm and sex appeal.

When was John Stamos born?

John Stamos was born on August 19, 1963, in Cypress, California, USA. As of 2020, his age is 57. He is American by nationality and from Greek, English, Irish ethnicity. Talking about his parents, his father’s name is William John Stamos and his mother’s name is Loretta Phillips.

John grew up alongside his siblings Aliana Stamos and Jansen Stamos.

Where did Stamos study?

Academically, he did his schooling from John F. Kennedy High School. After attending school, he applied for Cypress College but dropped the idea in order to pursue his acting career.

How did John Stamos start his career?

During the early stage of his career, he debuted with the role of Blackie Parrish on the soap opera General Hospital in late January 1982. Later that April, he went on to the lead role in the short-lived CBS sitcom Dreams, in which he played an aspiring musician in a band of the same name.

Later, he played a casting role in the sitcom You Again?. John Stamos didn’t make his film debut before the year 1986 when he appeared in “Never Too Young to Die” as Lance Stargrove.

Besides his fame as an actor, he is also a fantastic drummer and a guitarist as well. Stamos started learning drums when he was four, then began to take up playing the guitar with his own band called Destiny. He released his first album with the title “Shades of Blue” in the year 1994.

And in the 2000s, he branched out into films with small roles in minor films like ‘Party Monster’, ‘Knots’, and ‘Farce of the Penguins’. And lately, from 2018 to 2019, he played ‘Dr. Nicky’ in a psychological thriller television series ‘You.’ In 2019, he played ‘John Wilkes Booth’ in Netflix’s comedy TV series ‘Historical Roasts.’

In early 1984, he won the ‘Young Artist Award’ for ‘Best Young Actor in a Daytime Series’ for his performance in ‘General Hospital.’ He even was presented with the ‘T.V. Land Award’ for ‘Favorite Elvis Impersonation’ for ‘Full House’ in 2007. Lately, he won the ‘People’s Choice Award’ under the ‘Favorite Actor in a New TV Series’ category for ‘Grandfathered’ in 2016.

What is the Net Worth of John Stamos?

Talking about the star’s income and net worth, John has made a fortune from out of his life in the industry. According to various media sources, he has a net worth of about $40 million, and information regarding his earnings is still unavailable.

Talking about the relationships and rumors about John, the actor has been a topic of rumor due to his several on and off relationships. As of 2020, the star is in a married relationship with Caitlin McHugh who is also an actress. Stamos announced his engagement to the model in 2017. The couple finally married on the 3rd of February of 2018 and introduced their first child Billy on April 15 of the same year.

How tall is John Stamos?

John stands tall at a height of 6 feet and weighs about 79 kilograms. He has a leanly built body and features dark brown hair and a pair of green eyes. His other body measurements include 41 inches for chest, 14 inches of arms, and 35 inches for the waist.

Our contents are created by fans, if you have any problems of John Stamos Net Worth, Salary, Relationship Status, Married Date, Age, Height, Ethnicity, Nationality, Weight, mail us at [email protected]