Julie Catherine Berry is an American television personality and producer. She is best known for competing on the reality competition show Survivor, as well as her subsequent relationship with its host, Jeff Probst. 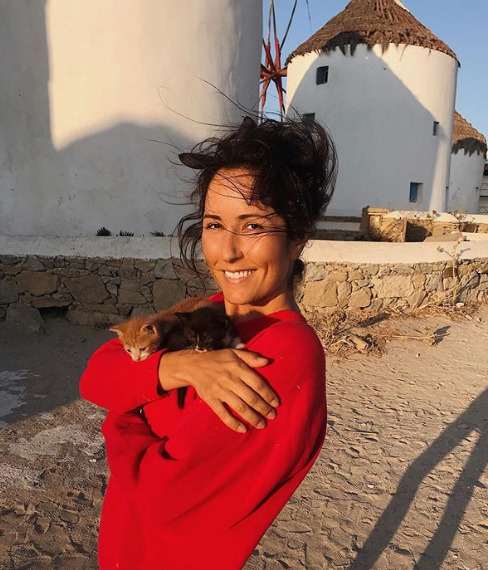 Julie Berry is a popular American television personality and a producer who is best known for her appearance in the reality competition show, “Survivor: Vanuatu”. Berry is also popularly known for her relationship with the host of Survivor, Jeff Probst. Berry is an educated woman who got her masters in educational psychology and counseling at CSUN.

What is Julie Berry Famous for?

Where is Julie Berry From?

Julie Berry was born on December 15, 1980, in Lewiston, Maine, United States. Her birth name is Julie Berry. Her nationality is American. Berry belongs to White ethnicity while Sagittarius is her zodiac sign.

Julie Berry was born in a family belonging to the Maliseet tribe. When she was 4, she was adopted by Les Berry(father) and Judith Berry(mother). Her father, Les is an engineer while her mother, Judith, is an adoption lawyer. Berry was raised in Gorham, Maine by her family along with her sibling: Chris Berry. She also has a biological sister.

Julie attended Gorham High School where she played soccer and softball as well as attended the physics class taught by the former winner of “Survivor: Gabon”, Bob Crowley. After her graduation, she joined East Carolina University and graduated with a

Julie Berry works as the TV producer as she has already produced several popular TV shows including “The Bachelor” and “Dancing with the Stars”. Currently, Berry is working as a Marriage and Family Therapist(MFT). Berry got her breakthrough career after she was chosen as one of the 18 contestants for the ninth season of the reality competition show, “Survivor: Vanuatu” in 2004.

On the set of “Survivor: Vanuatu”, she met with her future boyfriend, Jeff Probst who was the host of the show. She competed against the Playboy model, Ami Cusack on Survivor. Berry was placed in several tribes during her tenure in the show.

Who is Julie Berry Dating?

Julie Berry is a beautiful lady of 39, who has been in a relationship with quite a few handsome hunks for the last few years. Berry was previously dating the host of the Survivor show, Jeff Probst. Probst is a popular game show Emmy Award-winning host. Probst first sent an e-mail to Berry to say “Hello” after which the couple began dating. The couple made their relationship public during the live airing of the Vanuatu reunion show.

Berry and Probst were together for only three years as the couple broke up and separated by 2008. Currently, Berry is living a single life in Los Angeles.

What is the net worth of Julie Berry?

The 39 years old, Julie Berry has quiet a good earning from her professional career as a producer. Berry might have been able to amass a fortune worth thousands of dollars from her several TV shows.

How Tall is Julie Berry?

Julie Berry is a gorgeous lady with a bright charming smile. Berry has a fair complexion with brown hair and dark brown eyes.

Our contents are created by fans, if you have any problems of Julie Berry Net Worth, Salary, Relationship Status, Married Date, Age, Height, Ethnicity, Nationality, Weight, mail us at [email protected]