Julie Swetnick is a web project manager and a web professional services engineer. 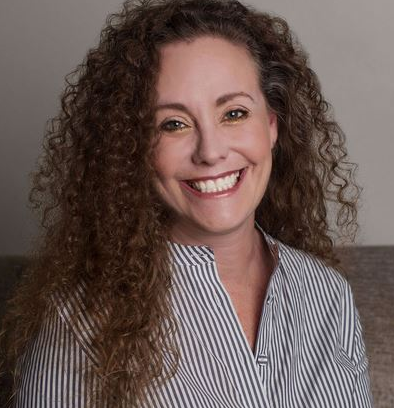 A web project manager and a web professional services engineer is famed as Julie Swetnick. She worked as an IBM digital analyst, for Homeland Security as a senior web production manager, for the Department of Justice as a senior production webmaster, the Department of State in the same job, and previously at some public and private companies as a web project manager and web professional services engineer. She has worked in the U.S. government in the past, including at the U.S. Mint from the year 2000 to 2004 and the Department of Homeland Security. Julie Swetnick is being represented by Michael Avenatti, an American attorney, who in March 2018, filed a lawsuit on behalf of an adult film actress, Stormy Daniels seeking to invalidate a 2016 non-disclosure agreement regarding an alleged affair with Donald Trump in the year 2006. Julie Swetnick comes out to accuse Supreme Court nominee, Brett Kavanaugh of sexual misconduct, as a teen on 26th September 2018.

Julie came in as the third woman (after Deborah Ramirez and Christine Blasey Ford) to accuse Supreme Court nominee Brett Kavanaugh of sexual misconduct as a teen on 26th September 2018 on Wednesday. She said she has been told by “other women” about those beach parties and herself “witnessed” Kavanaugh and Judge involved in highly inappropriate conduct during the “Beach Week” party. She said that she “observed Kavanaugh drink excessively many of these parties and engage in abusive and physically aggressive behavior towards girls, including pressing girls against him without their consent, grinding against girls and attempting to remove or shift girls” clothing to expose private body parts. She said that she was among the gang-rape victims at these parties but doesn’t directly accuse Kavanaugh or Judge of raping her.

55-Years, Julie was born in 1960 in Washington D.C. Her nationality is American. She has lived most of her life in Maryland, most recently in Bethesda. She has not mentioned her parents in the media. The child of two government bureaucrats, her father worked on the lunar orbiter for NASA, and her mother was a geologist at the Atomic Energy Commission. She has spent most of her life around Washington.

Swetnick’s father, 95, said Wednesday that he was shocked that his daughter had made the explosive allegations.

Moving towards her education, she graduated from Gaithersburg High School, and then she completed her college at Montgomery College, the University of Maryland in Astrophysics and Computer Science.

Julie has got attractive body features. Her details about her height, weight, body measurement has not been revealed and will be updated soon.

Julie is a married woman. She has not disclosed her husband to the media yet. The information about her husband and her children will be updated soon. The couple is living a happy and peaceful life together.

Net Worth of Julie Swetnick

The net worth of Julie is estimated to have $200,000 USD as of 2018. She is earning a good amount of money from her career. The salary of Julie is still hidden and not revealed yet. The information about her salary will be updated soon.

Our contents are created by fans, if you have any problems of Julie Swetnick Net Worth, Salary, Relationship Status, Married Date, Age, Height, Ethnicity, Nationality, Weight, mail us at [email protected]