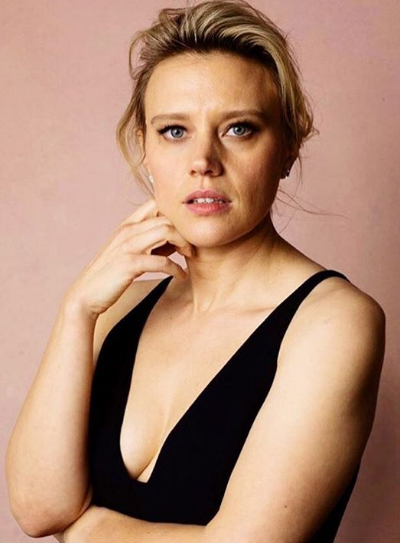 Kate McKinnon is a popular comedian, impressionist, mimicry artist, actress, and voice-over artist. She is best known for her comedy shows, Saturday Night Live and The Big Gay Sketch Show. She is also famous for mimicking well-known celebrities, such as Justin Bieber and Hillary Clinton.

She has also won several awards for her abilities and wit. On five occasions, she was nominated for a Primetime Emmy Award in the categories of Outstanding Supporting Actress in a Comedy Series and Outstanding Original Music and Lyrics. She has always been outspoken about her sexual preferences. She is a proud lesbian who has worked to improve the lives of LGBT and other marginalized groups. This article will tell you more about her and her work.

Kate McKinnon is well-known for what she does.

An actress and comedian from the United States.

Her work on The Big Gay Sketch Show and Saturday Night Live is well-known.

In the 2016 Ghostbusters remake, she played Dr. Jillian Holtzmann.

Kate McKinnon was born in the United States.

Kate was born and raised in the Long Island town of Sea Cliff, New York in the year 1984, according to her biography. She is now 36 years old. She was born in the United States and is of mixed German and Scottish ancestry.

Similarly, she is Laura Campbell’s and Michael Thomas Berthold’s daughter. Kathryn McKinnon Berthold is her given name. Her mother was an educator for parents, and her father was an architect. Emily is her younger sister, with whom she grew up. Her father died when she was eighteen years old.

Kate attended North Shore High School and Columbia University, where she majored in theater and graduated with a bachelor’s degree.

When did Kate McKinnon decide to try acting?

Moving on to Kate’s professional life, she has been working in the film industry since 2007 and continues to do so. In 2007, she started her career as a member of the original cast of Logo TV’s The Big Gay Sketch Show.

She was a regular on the show for all three seasons. Her career in the film industry has already begun to blossom. She has had minor roles in a number of television shows.

She portrayed the character of Debby in the short film Mr. Ross in 2010.

When she joined the main cast of the television series Saturday Night Live in 2012, her career took off. The show is still on the air, and she has received several awards for her work on it.

She has also voiced characters in films and TV shows such as Giant Sloth, The Angry Birds Movie, Finding Dory, Ferdinand, Nature Cat, The Simpsons, and The Magic School Bus Rides Again.

In 2015, she played the part of Dr. Jillian Holtzmann in the video game LEGO Dimensions. Her upcoming projects include The Spy Who Dumped Me, a comedy film set to be released in 2018. She will star alongside Mila Kunis in the film as Morgan, the main character.

Her next album, Irreplaceable You, is expected to portray her in a new light. She will be seen in a serious drama for the first time, which will be released on Netflix in 2018.

She had a supporting part in the summer film Yesterday in 2019.

She has also been nominated for and received many awards for her outstanding acting abilities, including the

Film Critics Circle, and several others.

Kate McKinnon is said to be dating someone.

Kate is a bisexual, according to her personal life. Marla Mindelle, with whom she has been in a romantic relationship since 2013, is her current partner. They have a wonderful intimate relationship.

She has a pet cat named Nino Positano, whom he affectionately refers to as her son. There is no detail about her previous relationships that we are aware of. Her personal life isn’t as well-known as her professional endeavors. There is no solid evidence pointing to her married life or children.

What is Kate McKinnon’s net worth?

Kate has been a part of the entertainment industry since 2007, and her work as an actress and comedian has earned her a good amount of money and fame. Her current estimated net worth is $8 million, according to some online outlets. Her pay, however, has yet to be revealed.

Kate is 5 feet 4 inches tall and weighs about 50 kilograms, according to her body measurements. She, too, has a slender figure with blue eyes and blonde hair. She wore a 34B bra size and a size 4 (US) shirt. Her body measurements are 34-26-35 inches.

Our contents are created by fans, if you have any problems of Kate McKinnon Net Worth, Salary, Relationship Status, Married Date, Age, Height, Ethnicity, Nationality, Weight, mail us at [email protected]