Katrina Aliff is a 23 years old lady who is accused of molesting an 11 years old child on a cross country trip from Minnesota to Greenville, South Carolina. Aliff is also a former Ohio dog training instructor who competed in a dog show at the Ohio State Fair. 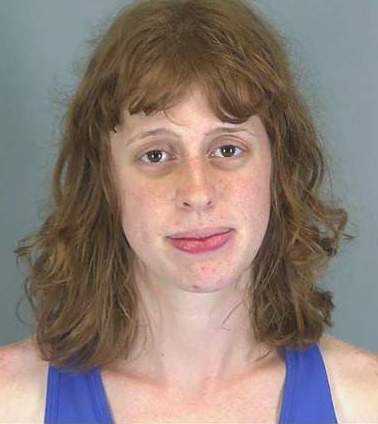 Katrina Aliff is a 23 years old lady who is accused of molesting an 11 years old child on a cross country trip from Minnesota to Greenville, South Carolina. Aliff is also a former Ohio dog training instructor who competed in a dog show at the Ohio State Fair. Currently, Aliff is under custody for molesting a teenage and is facing federal charges.

When was Katrina Aliff Born?

What are Charges on Katrina Aliff?

The 23 yeas old lady, Katrina Aliff is alleged to have kidnapped a teenager of 11 and to have engaged her in sexual acts after traveling from South Saint Paul, Minnesota to Greenville, South Carolina. South Carolina law enforcement officers figured out the location where the teen was hidden which was at Aliff’s residence.

The federal charges against Aliff were filed in the District Court of the United States for the District of South Carolina Greenville Division where the indictment alleged that Aliff knowingly traveled and remained involved in sexual activity for two days with the teen from September 6 to September 8, 2019.

The court accused her of one count of aggravated sexual abuse of a child under age 12 and one count of transportation and travel of a minor to engage in criminal and illicit sexual activity.

Where is the victim now?

The victim was an 11 years old girl from South St. Paul named Jane whom Aliff met online while chatting on the Amino app earlier the year 2019. After chatting for a long time, Aliff met the girl and drove her to Alikk’s home at Greenville.

Aliff used to live with her roommates at her apartment but when Aliff arrived with Jane, the roommates left them alone.

After a couple of days, when the authorities arrived at Aliff’s apartment at Greenville on Sunday, September 8, 2019, Aliff was found wearing a tank top and no additional clothing and the child was found in Aliff’s bedroom with no any clothing.

As reported, it was found soon after they were alone they began engaging in sexual activity in bathtub and bedroom also more drank beer.

What Did Katrina Aliff Do As Her Profession?

Katrina Aliff worked as an Ohio dog training instructor for her living. Aliff has a great love for animals mainly for dogs. She even had competed in a dog show at the Ohio State Fair. Aliff was also listed as a certified dog instructor from Ohio previously.

The 23 years old Katrina Aliff is a skinny girl with fair complexion. Aliff has brown hair and green eyes.

Our contents are created by fans, if you have any problems of Katrina Aliff Net Worth, Salary, Relationship Status, Married Date, Age, Height, Ethnicity, Nationality, Weight, mail us at [email protected]