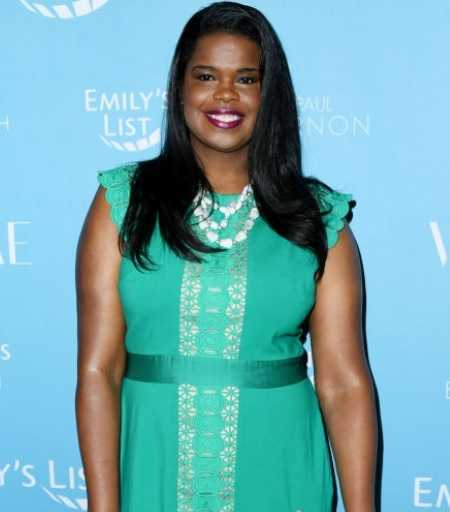 When you destroy property with the purpose of taking something that does not belong to you, that is a felony criminal act

The court file was not supposed to be sealed. I think what happened was the clerk sealed the whole thing, we ... do not believe that the court file should be sealed. We believe in transparency, even on difficult situations

Kimberly M. Foxx, popularly known as Kim Foxx is an American politician. She is currently serving as the State’s Attorney for Cook County, Illinois. She managed the nation’s second-largest prosecutor’s office and overseeing an office of nearly 800 attorneys and 1,500 employees. She was elected the State’s Attorney on 8 November 2016 becoming the second African-American after Cecil A. Partee to hold this position.

Kim Fox, State’s Attorney accused of intervening in the Jussie Smollett case that resulted in charges dropped on Jussie. Kim Foxx announced that she recused herself from the case on 19 February 2019 due to her “familiarity with a potential witness in the case”. Jussie Smollett was charged with a class 4 felony for filing a false police report. Jussie allegedly orchestrated his own attack and filed a police report for the hate crime.

However, all charges filed against Smollett were dropped on 26 March 2019. Judge Steven Watkins ordered the public court file sealed. Assistant State’s Attorney Joseph Magats said the office reached a deal with Smollett’s defense team in which prosecutors would drop the charges if Smollett performed community service and forfeited his $10,000 bond.

Police Superintendent Eddie Johnson said that justice was not served.

Text messages were discovered that showed that Foxx had tried to get the FBI to take over the case. Foxx told Jussie’s family member that she had spoken with Police Superintendent Eddie Johnson and that he “made the ask” for the feds to take the case off his hands.

In the messages, Fox shared, “Trying to figure out logistics. I’ll keep you posted”.

The relative responded, “Omg this would be a huge victory”.

Foxx replied, “I make no guarantees, but I’m trying”.

The relative then replied, “I understand. I appreciate the effort”.

Joseph Magats was asked if Foxx was involved with the decision of the prosecutor’s side. Magat answered that she was not involved at all.

– Second African-American to be elected the State’s Attorney.

Kim Foxx was born in April 1972. Her birth name is Kimberley M. Anderson. Her birthplace is in Chicago, Illinois in the United States. She holds an American nationality. She grew up in the Cabrini-Green housing project on the Near-Northside. She was raised by her mother and grandmother.

She was an Assistant State’s Attorney for Cook County. She later became the chief of staff to Cook County Board President Toni Preckwinkle.

She challenged incumbent Anita Alvarez in 2016.

She later won the General election for Cook County State’s Attorney in 2016.

She became the second African-American after Cecil A. Partee to be elected as State’s Attorney.

She also became the State’s Attorney to lead the second-largest prosecutor’s office in the country.

She has made substantial reforms in the office after she led.

She is the first and the only prosecutor in the county to make felony case-level data available to the public. Her goal is to make Cook County the most transparent prosecutor’s office in the country.

She previously served as an Assistant State’s Attorney for 12 years.

Before being elected as State’s Attorney, she worked as a Chief of Staff for the Cook County Board President.

Who is Kim Foxx Married to?

Kim Foxx is a married woman. She is married to Kelley Foxx. They tied a knot to each other in 2001. The couple has 2 daughters together.

What is Kim Foxx’s Net Worth?

Our contents are created by fans, if you have any problems of Kim Foxx Net Worth, Salary, Relationship Status, Married Date, Age, Height, Ethnicity, Nationality, Weight, mail us at [email protected]