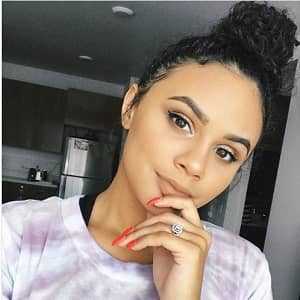 Kyrah Stewart is an American YouTuber and a beauty blogger. She is famous for her videos which include challenges, pranks, and other vlogs. As of early 2021, her two channels, ‘The Edwards Family’ and ‘Kyrah Stewart’ have over 1.8 million and 548k subscribers respectively.

Regarding her education, attended California State University. From there, she received a degree in education to teach in an elementary school.

Kyrah Stewart and her husband, Kaelin Edwards launched their YouTube channel, ‘The Edwards Family’ on Jul 29, 2015. Within a short time, Edwards became popular for her hauls and collaboration with her then-boyfriend (now husband), Edwards. The couple often uploads their experiences as parents and as a couple.

The lovely duo has uploaded most of their life events in the channel. They have uploaded their proposal and wedding videos which have gathered over 1 million views. In addition to life events, they also upload prank videos. So far, ‘CRAZY GIRLFRIEND THROWS iPhone 7 IN THE POOL!!! [PRANK GONE WRONG]’ is the most popular prank video on their channel which got over a million views within a month and became viral.

After uploading their wedding videos, they also announced her pregnancy. Since then, their children have also featured on their channel ever since their birth. As of early 2021, the channel has over 1.82 million subscribers and their videos have over 209 million views so far.

In 2016, Kyrah launched her very own personal channel titled ‘Kyrah Stewart’. On this channel, she usually uploads makeup, tutorials, reviews, hair tutorials, hauls, DIY’s, dupes, and lifestyle-related content. As of early 2021, the channel has over 548k subscribers and over 35 million video views in total.

How much money does Kyrah earn? Net Worth, Salary

Kyrah and her husband, Kaelin have an estimated net worth of around $500k. Their main source of income is their family channel. Thus, their net worth has been combined and estimated at around $500k as of 2021. The channel generated around $70k per year.

Kyrah Stewart met Kaelin and started dating at age of 13 in the 7th grade in 2009. After a three-month long relationship, the young couple broke up. However, they got back together in high school and went to every dance together. Kyrah was a cheerleader at the time and Kaelin was the tracklete.

After years of dating, they got engaged in 2016. A year later, they exchanged wedding vows in April 2017 at the young age of 19. From their marriage, they have a son, Karter who was born in June 2018. In December 2019, she gave birth to their second son Kaiser in December 2019.

Kyrah stands at a height of 5 feet 5 inches and weighs around 58 kg. Her body measurements for breasts, waist, and hips is 34-22-34. She has black hair and a pair of brown eyes.

Our contents are created by fans, if you have any problems of Kyrah Stewart Net Worth, Salary, Relationship Status, Married Date, Age, Height, Ethnicity, Nationality, Weight, mail us at [email protected] 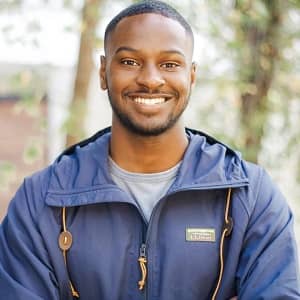 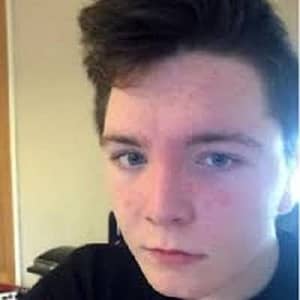