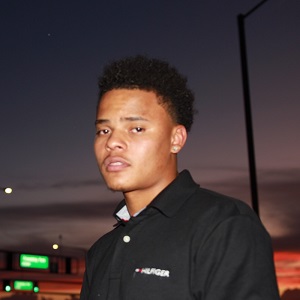 Laro Benz is a popular American Youtuber and an aspiring singer. He rose to fame for his hilarious pranks, mostly on his siblings and girlfriend. Lately, he has also been posting a lot of covers and a few original songs on his Youtube and SoundCloud and is trying to make a career through music as well.

When was Laro Benz born?

Laro was raised in the U.S. by loving parents. He has said that his childhood was fun, as he grew alongside 3 siblings but has not revealed any details on his parents. As for his siblings, he grew up alongside a sister and two brothers, one older and one younger than him. He has not shared many details on his siblings but looking at his videos, they are close to each other. Laro’s siblings are featured in his videos a lot as they are the ones who get pranked on in most videos.

Laro’s education is also a subject of mystery. He seems well educated but has not shared any details on this subject.

How did Laro Benz build his career?

Laro started his Youtube channel quite early in 2014. However, he started uploading videos quite a few years later in 2019. Laro is a popular name when it comes to pranksters on Youtube. His ruthless and funny pranks on his siblings and girlfriend are meticulous and creative as well. He always comes up with new ideas to keep the fans interested and this has helped him grow explosively on Youtube. Laro is an entertaining guy with a humble personality and a good sense of humor. This, paired with his masterful editing and creative ideas have made him one of the biggest pranksters on Youtube.

Laro’s entertaining content has gotten him over 268k subscribers as of now. His most viewed video, HICKEY PRANK ON OLDER BROTHER!! Has over 2.6 million views. Laro is also consistent with his upload and is loved by his fans. On top of this, Laro has been trying his luck in the music industry as well. He has covered several songs and also made original songs. He has some of them on Youtube and most of them can be found on his SoundCloud account, which has almost 2k followers. His most streamed song on Soundcloud, Look What You Did, has over 6k streams. He is active on Tiktok and has over 130k followers on the platform as of now.

What is Laro Benz’s net worth?

Laro Benz has not revealed his net worth as of yet. He has not shared any details regarding his annual salary as well.

What are Laro Benz’s physical statistics?

Laro has a fit physique along with dark brown hair and eyes. He has not revealed any other details such as his height or weight as of yet.

Who is Laro Benz dating?

Laro is currently in a relationship with his girlfriend, who has not been named as of yet. Both his Youtube channel and Instagram feature her frequently. The couple is very close and is comfortable even with the ruthless pranks they pull on each other.

Our contents are created by fans, if you have any problems of Laro Benz Net Worth, Salary, Relationship Status, Married Date, Age, Height, Ethnicity, Nationality, Weight, mail us at [email protected]