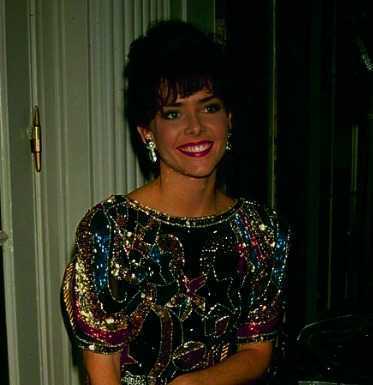 Stunning and startling lady, Eva Leanza Cornett better-known as “Leanza Cornett” is a famous American TV personality and beauty pageant titleholder. Leanza Cornett claimed to fame when she became ‘Miss Florida’ in 1992 and ‘Miss America’ in 1993. Leanza Cornett is a beautiful and popular lady with some extraordinary talent. She has proved to the whole world that she is blessed with both talent and beauty. More information and recent news updates about her can follow from following her on twitter account @LeanzaCornett.

Gorgeous beauty queen, Leanza Cornett opened her eyes first time on 10th June 1971 in Big Stone Gap, Virginia, United States of America. Leanza carries an American nationality. Her star sign is Gemini and belongs to the white ethnical background. As for her education is concerned, Leanza completed her high school graduation from ‘Terry Parker High School’ in 1989. Later she joined Rollins College from where she held her college degree.

Moving towards her personal life, exquisitely beautiful lady Leanza Cornett’s current relationship status is single. Leanza was married to popular American broadcast journalist, Mark Steines on 22nd July 1995. After spending eighteen long years together, Leanza got separated with Mark on 28th January 2013. From getting married to Mark Steines, she has been blessed with two sons; Kai Harper and Avery James. The couple is currently working in their divorce proceedings. Despite the separation of the couple, they are giving equal time and support to their children. They frequently spent time with their sons. Leanza and Mark have not revealed whether they would take joint custody of their child or any one of them taking sole custody. Now, Leanza has made up her mind and decided to get separate with Mark Steines. She is currently spending a single life.

Leanza Cornett came into limelight when she was named ‘Miss Florida’ in 1992. Soon after a year, the name Leanza Cornett became more popular when she was crowned ‘Miss America’ in 1993. Leanza was the first beauty queen who adopted AIDS prevention issue as the theme of the year of service. After winning several beauty pageant titles, Leanza turned her way towards hosting television shows. In 1994, she worked as host of the television show called ‘Entertainment Tonight’. After that, in 1998 she hosted another television show called ‘New Attitudes’. In 2000, she served as host of ‘Who Wants to Marry a Multi-Millionaire?’. Leanza has also made several guest appearances on the television series like ‘Melrose Place’, ‘Fear Factor’ and ‘The Tick’. Leanza has also made an appearance in some of the acting projects such as ‘Voyage of The Little Mermaid’.

Famous beauty queen, Leanza Cornett has not provided any information about her salary and net worth yet.

Our contents are created by fans, if you have any problems of Leanza Cornett Net Worth, Salary, Relationship Status, Married Date, Age, Height, Ethnicity, Nationality, Weight, mail us at [email protected]