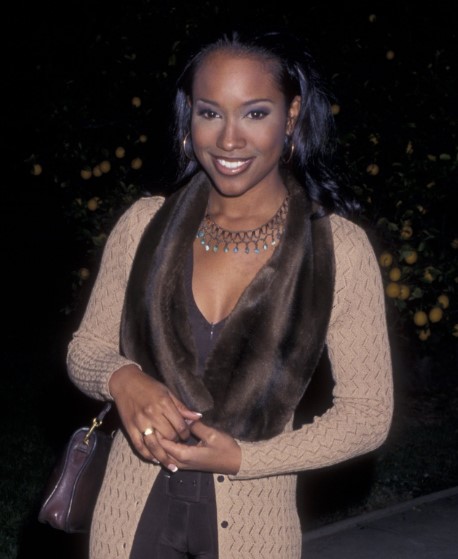 Maia Campbell is an American film, television actress, and model who is best known for her role as Nicole on the 1994 FOX comedy-drama series, “South Central”. Campbell got more attention and popularity after she began appearing as Tiffany Warren in the NBC/UPN sitcom, “In the House” in 1995. Campbell is also known as the daughter of late author and journalist, Bebe Moore Campbell and late architect and author, Tiko Campbell.

On May 16, 2020, Campbell was arrested and busted for being a pedestrian in the roadway during an Atlanta street-racing crackdown. She made headlines after her videotaped asking for a crack while pumping gas in Georgia went viral in 2017.

What is Maia Campbell Famous for?

Where was Maia Campbell Born?

Maia Campbell was born on November 26, 1976, in Takoma Park, Maryland, United States. Her birth name is Maia Chinassa Campbell. Her nationality is American. Campbell belongs to African-American ethnicity while Sagittarius is her zodiac sign.

Maia Campbell was born in a well-to-do renowned family as the daughter of Tiko Frederick Campbell(father) and Bebe Moore Campbell(mother). Her father, Tiko, was an American author and architect from Washington, D.C. while her mother, Bebe was a renowned journalist and author of 3 New York Times bestsellers. However, her parents divorced and she was raised along with her half-brother, Elis Gordo III from her mother’s another marriage. Her mother however died from brain cancer at the age of 56, on November 27, 2006.

Belonging to a family with a background of exposure to the world, she was familiar with the show business since her childhood as she even got interested in acting at age seven. However, she didn’t begin her acting career until her teens. She was raised in the Ladera Heights section of Los Angeles where she attended Spelman College for a year only till she got her role in “In the House”.

What does Maia Campbell Do for Living?

Is Maia Campbell Single? Does She Have a Child?

Maia Campbell is currently single. Campbell was previously married to Elias Gutierrez. The couple got married in 1998 and subsequently welcomed their first child named Elizabeth Elisha Guiterrez in 2000. However, their marriage didn’t last long and they got divorced in 2002. Campbell even lost custody of her daughter due to Maia’s health condition as she was involved in drug addiction and reportedly stopped taking medication to regulate her bipolar disorder after her daughter was born.

Besides, Campbell has been involved in drug addiction and police custody. She was eventually arrested multiple times for car theft, drug possession, and prostitution. In 2010, a video surfaced of the actress sitting in a car and dropping a series of profanities while talking with two unseen men also, she was required to go to a mental health facility. On May 16, 2020, Campbell was arrested and busted for being a pedestrian in the roadway during an Atlanta street-racing crackdown.

What is the Net Worth of Maia Campbell?

Maia Campbell has quite good earnings from her professional career as an actress. Having been in the show business for years, she must have managed to amass a healthy fortune. Her net worth is estimated to be around $100k.

How Tall is Maia Campbell?

Maia Campbell is a gorgeous lady in her 40s. With her marvelous acting and looks, she had managed to win several hearts in the late-1990s. She stands tall with a height of 5ft. 3inch.(1.60m) while her body weighs around 60kg. She has a dark complexion with black hair and brown eyes.

Our contents are created by fans, if you have any problems of Maia Campbell Net Worth, Salary, Relationship Status, Married Date, Age, Height, Ethnicity, Nationality, Weight, mail us at [email protected]