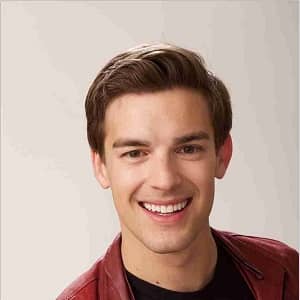 Matpat is a popular American Youtuber and internet personality. He rose to fame thanks to the channel, The Game Theorists, where he and other members of the channel analyze various aspects of games and post convincing theories on the lore or other aspects.

When was Matpat born?

Matpat, real name Matthew Robert Patrick, was born on the 15th of November, 1986 in Medina County, Ohio, U.S.A. As of 2020, his age is 34. His nationality is American but he has shared the details on his ethnicity.

Matpat was born to parents Robert Patrick (father) and Linda Patrick (mother). He spent his childhood in the U.S. and grew up with a passion for movies and acting. Though he was not able to gain success as an actor, he used that passion and drive to create an impressive career on Youtube. Matpat has also not said anything about his siblings, so he is most likely a single child of his parents.

Talking about his education, he graduated from Medina High School. After graduation, he attended Duke University which he later graduated with a double major in psychology and theater.

How did Matpat build his career?

Mathew initially tried to build a career in acting but after many rejections and two years unemployed, he decided that it was time to change things. He joined Youtube in 2009 and began uploading videos on the platform. Initially, he uploaded many videos of his musicals and theater performances and they weren’t getting a lot of views. Two years later, he uploaded his first video of Game Theory, titled Is Chrono Trigger’s Time Travel Accurate which received a lot of positive attention.

He applied the laws of maths and science along with the lore and gameplay of popular games to create the content of game theory. The effort he puts into the analysis is seen in all of his videos and this, paired with his narration and masterful editing from the Game Theory team has made the channel one of the biggest ones on Youtube.

What is MatPat’s net worth?

As of 2020, MatPat has an estimated net worth of approximately 18 million U.S. dollars. He has not revealed the details of his annual salary as of now.

What are MatPat’s physical statistics?

Matpat has not revealed the details on his physical statistics such as height and weight as of now. Still, we can see from his photos that he has light brown hair and hazel green eyes.

Who is MatPat dating?

Matpat is currently married to Stephanie Patrick (nee Cordato), his wife. They met at University and got married after a few years of dating on the 19th of May, 2012. The couple is happy and their marriage looks very stable and long-lasting. The two even have a son, Oliver Julian Patrick, who was born in 2018.

Our contents are created by fans, if you have any problems of Matpat Net Worth, Salary, Relationship Status, Married Date, Age, Height, Ethnicity, Nationality, Weight, mail us at [email protected]