Maureen McCormick is an American born actress, singer, and writer. She came into the limelight as a child star on the classic 70s sitcom The Brady Bunch after which she appeared on several spinoffs of the show. 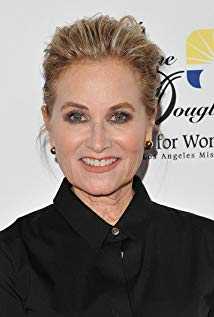 “I began to realize that life, despite moments of happiness and joy, is really about discovering priorities and dealing with unforeseen vagaries, differences, obstacles, inconveniences, and imperfections.”

“For most of my life, I have been followed and sometimes haunted by Marcia Brady. I don’t have a choice in the matter. Imagine always being overshadowed by a younger, prettier, more popular you.”

I didn't think I could be my imperfect self. I pretended I was Marcia, so I was always playing this role. I became her, but yet I wasn't. It's strange.

Maureen McCormick is an American born actress, singer, and writer. She came into the limelight as a child star on the classic 70s sitcom The Brady Bunch after which she appeared on several spinoffs of the show. A star of diverse talents, Mccormick also had a brief musical career during which she recorded several albums and embarked on a tour with other cast members of the Brady Bunch.

Despite her immense success on The Brady Bunch, Mccormick had difficulties on her career resulting from challenges in her personal life. The Hollywood star gained much media attention in 2008 following the release of her controversial memoir Here’s Story: Surviving Marcia Brady and Finding My True Voice.

Where is Maureen McCormick born?

Recalling her early life, Maureen McCormick was born in Encino, California, USA. Her parents were William McCormick (a teacher by profession) and Irene McCormick (a housewife). She has three siblings: older brothers Michael, Dennis, and Kevin.

Regarding her education, She completed her schooling from the Taft High School in California. She had a major interest in dance and music since her childhood days. She loved to organize puppet shows for the entertainment of the neighborhood children.

When did Maureen McCormick begin to step Entertainment Industry?

Who is Maureen McCormick married to?

Reflecting her personal life, Maureen McCormick had a periodic romance relationship with Brady Bunch costar, Barry Williams. After the cancellation of ‘The Brady Bunch,’ McCormick became cocaine and Quaaludes addict who made her trade sex for drugs on several occasions and also made two abortions. By 1981, she had lost her reputation as an actress and suffered from depression and bulimia.

Maureen McCormick married Michael Cummings, after meeting him in Church, on March 16, 1985, and the couple has one child, Natalie Michelle. As a family, they settled in Westlake Village in Los Angeles where she underwent rehabilitation and therapies. Notably, McCormick became a spokesperson for Children International in 2008.

How much net worth does Maureen McCormick?

Maureen McCormick’s acting career currently spans over 4 decades. She may not have gotten her hands on the blockbuster movie roles, however, she has remained very consistent over the years. Several endorsements deals have also come her way over the years and she has also been involved in a couple of other bankable ventures. It comes as no surprise that this Hollywood star has a net worth of $4 million.

How tall is Maureen McCormick?

Observing her body physics, Maureen stands a height of 5 feet 4 inches and weighs around 54 Kg. Similarly, she has a pair of blue eyes and blonde hair color. She used a 38B bra size and 7 (US) size of shoes. Further, her body measures 33-27-35 inches.

Our contents are created by fans, if you have any problems of Maureen McCormick Net Worth, Salary, Relationship Status, Married Date, Age, Height, Ethnicity, Nationality, Weight, mail us at [email protected]