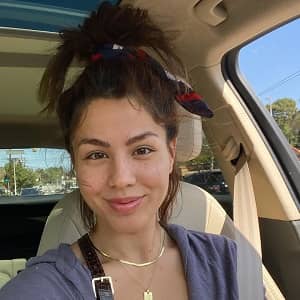 Megan Batoon is a popular American Youtuber, actress, and dancer. She is well known for her dance and choreography videos on Youtube, and for her role in the movie Step Up Revolution.

When was Megan Batoon born?

Megan Alicia Batoon was born on the 29th of March, 1991 in Jacksonville, Florida, U.S.A. As of now, her age is 30. Her nationality is American her ethnicity is mixed.

Megan was born to mother Michele DePompeo and an unnamed father. She was raised in the U.S and has had a passion for dancing since a young age. She practiced a lot even as a child and as we can see, it certainly paid off and today, she has built a successful career around her dancing.

Megan’s education is a subject of mystery. She does seem to be well educated but has not revealed anything regarding her educational journey.

How did Megan Batoon build her career?

Megan started her career on Youtube back in February of 2011 with her first video, a short choreography video for the song Act Out by Audio Push. After this, she slowly started uploading more short choreography videos. Her talent in dancing and choreography was soon noticed by the fans and her audience started growing really fast. Her dance skills also earned her roles in movies such as Step Up Revolution, Ladies of Rap, and Date-A-Max. And although her roles were minor, many fans noticed her dance skills and her following on Youtube grew even more.

As of now, her channel MeganBatoon has over 1.15 million subscribers. Along with her well-made choreography and dance videos, she also uploads lifestyle and fashion-related videos. Her content is popular and with her consistent upload schedule, the channel will be even bigger in the future. She is also really popular on Instagram and Tiktok. Her good looks, popularity, and talent have helped her gain over 600k followers on Instagram and over 56k followers on Tiktok.

What is Megan Batoon’s net worth?

As of now, Megan Batoon has an estimated net worth of roughly 1 million U.S. dollars. She has not revealed anything regarding her annual salary.

What are Megan Batoon’s physical statistics?

Megan Batoon stands at a height of 5 feet 4 inches tall and her weight is roughly 55 kilograms. She is blessed with good looks and has built a slim and attractive figure with body measurements of 34-25-34 inches. Her hair and eyes are both dark brown in color.

Who is Megan Batoon dating?

Megan Batoon is most likely single as of now. Though she has not clarified her relationship status, we suspect that she is single as she has not shared anything about having a boyfriend on social media or Youtube. Previously Megan was in a relationship with fellow dancer, choreographer, and Youtuber, Ian Eastwood. But unfortunately, the relationship didn’t work and they broke up in 2016 after dating for about 2 years.

Megan Batoon is active and popular on social media. As of now, she has over 670k followers on Instagram and over 111k followers on Twitter.

You may also like to read more about the Bio, Age, Net Worth, Relationships, and more about Flamingo Albert, Kimmy Dufresne, SteveWillDoIt, and more.

Our contents are created by fans, if you have any problems of Megan Batoon Net Worth, Salary, Relationship Status, Married Date, Age, Height, Ethnicity, Nationality, Weight, mail us at [email protected]