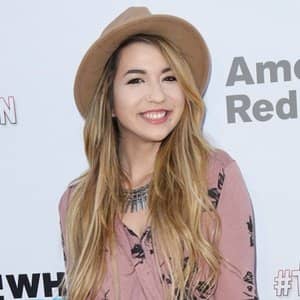 Mia Stammer; real name Mia Sayoko who is a famous Japanese-American YouTube fashion and beauty blogger whose hair-coloring videos have earned her more than 4.4 million subscribers. She is well known on Instagram with over 1.5 million followers.

Where is Mia Stammer from?

Mia Stammer was born on August 1, in the year 1994, in Okinawa, Japan. She holds Japanese-American nationality and ethnicity is unknown and is currently 26 years old. There is no information about her family. She has one sibling,  Andrew Stammer. As a child, she wanted to become a nurse but later chose to focus on making ‘YouTube’ her full-time career. There is no information regarding her educational qualification.

How did Mia Stammer rise to stardom?

Stammer is a famous Japenese-American social media personality as well as YouTuber. Prior to her social media career, she  also started off her career by working as a waitress. Additionally, she has also worked at a modest family restaurant for almost three years before changing her career path.

Whereas, this inspired her a lot to start a channel of her own, where she could share her thoughts with viewers. Which eventually turned out to her full-time career.

Eventually, she launched her self-titled YouTube channel on September 22, 2010, which was previously named ‘MamaMiaMakeup.’ She also posted her first debut video titled “DIY: Lace Denim Shorts!” on March 1, 2013. She also garnered good views on the video with almost 307k views. Additionally, her channel is all about beauty and beyond.  She uploads vlogs, skits, lifestyle, and comedy videos.

Similarly, she also provided with the DIY acne masks, fashion, beauty, hair, bedroom hacks, or even some pool party hacks on her channel. Likewise, her channel is the perfect blend of all things amazing and the fact that she has more than 4.4  million subscribers. It has garnered almost 82 million total views.

Besides, ‘YouTube’ and vlogs, Mia is even quite the blogger. Similarly, she has also a blog of her own that concentrates on answering questions asked by her fans and even sharing her tips on lifestyle and fashion.

Moreover, she is also a good singer. Likewise, her latest lyric video “Apologies – Mia Sayoko” got premiered on May 30, in the year 2020. Whereas, some of her other lyric videos are ‘Out Of Sync,’ ‘Die Alone,’ ‘I Just Wanna Be Sad,’ ‘High’ and ‘Like Like You.’

Also, her most viewed video on the channel are “Back To School: Then Vs Now,” and “Back to School: Expectations Vs Reality.” Both of the videos provide the content related to Back to School. Also, the first video shows How it was then Vs how it is now collapsed with her other fellow star Alisha Marie and LaurDIY.

In fact, the second one provides expectation vs reality videos. In fact, these videos have garnered more than 23M views, and 15 million views respectively.

What is Mia Stammer’s Net Worth?

Mia has an estimated net worth of around $430,000. Additionally, she is a popular YouTube star with over millions of subscribers on her channel who has earned a decent sum of money. In addition, her source of income is her social media handles. Whereas, from her self-titled YouTube channel, she has made earnings of 77k.

How tall is Mia Stammer?

Mia has a height of 5 feet 5 inches and weighs is 63Kg. She has brown hair and dark brown eyes.

Is Mia Stammer dating anybody?

Mia Stammer is currently single. Additionally, she has never disclosed her relationship status.  However, Mia’s talent, the charm has obviously attracted lots of boys toward her.

In addition, she openly professes her love for ‘Starbucks’ and Boba Tea and even goes on to joke that she’d marry the guy that shares the same beverage interest.

She goes by the handles @miasayoko, with almost 1.5 million fan followers on Instagram. Likewise, she has 31k followers on Facebook and has garnered more than 1.4M followers on Twitter.

Her YouTube channel has garnered more than 4.41 million subscribers. She also uses TikTok where she has amassed 44K followers, with almost 794.1K likes.

Our contents are created by fans, if you have any problems of Mia Stammer Net Worth, Salary, Relationship Status, Married Date, Age, Height, Ethnicity, Nationality, Weight, mail us at [email protected]