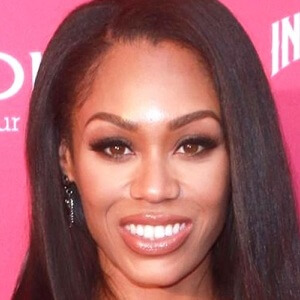 Monique Samuels is an American reality TV personality who is very famous for her appearance in the Bravo Reality TV series, “The Real Housewives of Potomac”. Besides being a reality tv star, Samuels is also a philanthropist as well as an entrepreneur.

Apart from acting, Samuel is also the manager of the Chris Samuels Foundation and CRS Real Estate. Her passion and love for entrepreneurship went to another level after she became a member of the ‘Real Housewives of Potomac.’

When was Monique Samuels born?

Monique Samuels was born as Monique Cox on October 6, 1983, in Pleasantville, New Jersey in the United States. As of 2020, her age is 36. She is American by nationality, she is from African-American ethnicity, and her zodiac sign is Libra.

Monique grew up as a strong independent girl by her father. Talking about her parents and siblings, she hasn’t disclosed their names. From several media sources, she attended her schooling from her hometown’s high school. She later moved to Pittsburgh to attain Duquesne University on a full scholarship. After attending university, she pursued her career in music. Later on, she again went to school to attain her business degree at the University of Alabama.

How did Monique pursue her career?

Before Monique became a television star sensation, she began her music career under the stage hazel. She showcased her incredibly good skills, which opened ways of her being offered several record labels and deals in production. Even though she is a part of RHOP, Samuels has not completely retired from her music career.

Monique began earning her fame from the television reality series “The Real Housewives of Potomac“. She took place of the previous cast who got fired on April 2, 2017. Since then she became the face of the show.

After gaining such fame, she had opened her own brand name “Not for Lazy Moms” with the website notforlazymoms.com. Besides her acting and music career Samuels manages businesses as well. The business includes a real estate investment company, a business enterprise, and the Chris Samuels Foundation, that she and her husband share.

What is the Net Worth of Monique Samuels?

Her career as a reality television star is the primary source of her income. Monique Samuels has an estimated net worth of $5 million U.S dollars. Besides being a reality tv star, she earns through her real estate business and her own brand. However, she hasn’t revealed her official earnings yet.

The reality TV star found the love-of-her life whom she went on to marry eventually on 3rd March 2012. She is married to Chris Samuels who is a former Americal college and professional football player.

Chris and Monique have three children together. The couple named their first child as Christopher and similarly, they welcomed their second child Milani. Moreover, they named their third child as Chase Omari Samuels.

How tall is Monique Samuels?

The strong and independent woman stands tall at a decent height of 5 feet 5 inches and weighing about 57 kilograms. She is a beautiful woman with perfect curvature at such an age. She has a dark complexion with dark brown hair and a pair of brown eyes.

Monique Samuels is available on various social media platforms such as Facebook, Twitter, and Instagram. She has maintained a good number of fan followers on her social media. Samuels goes by the username @mrsmoniquesamuels on Instagram amassing over 407 k followers. She tweets on a regular basis as well. Her Twitter account has collected over 66.3 k followers. Similarly, she has a Facebook profile for business purposes.

Besides social media, she owns a blog website www.moniquesamuels.com as well.

Our contents are created by fans, if you have any problems of Monique Samuels Net Worth, Salary, Relationship Status, Married Date, Age, Height, Ethnicity, Nationality, Weight, mail us at [email protected] 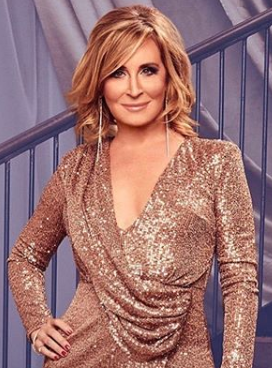