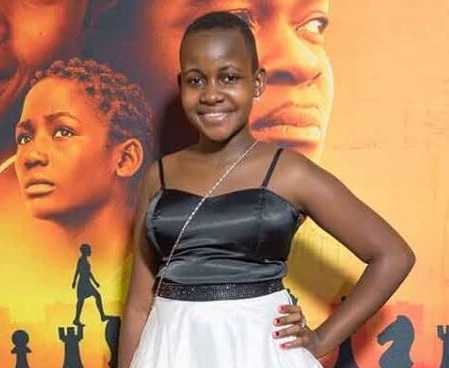 Nikita Pearl Waligwa, popularly known as Nikita Pearl was an Ugandan teenager actress. She is best known for starring in Disney’s Queen of Katwe. The young actress died of a brain tumor in February 2020. She died at the age of 15.

What is Nikita Pearl Famous For?

Starring in Disney’s Queen of Katwe.

Where was Nikita Pearl Born?

Nikita Pearl was born in 2004. Her full name was Nikita Pearl Waligwa. Her birth place is in Uganda. She held Ugandan nationality. Information about her parents and siblings is not available at present. It will be updated soon.

Nikita Pearl starred in the Disney movie, Queen of Katwe.

The movie is based on a true story that chronicles the extraordinary life of a local chess prodigy from a Ugandan slum. She played the role of Gloria, friend to the main character, Phiona Mutesi.

The movie and their cast all received critical acclaims.

How did Nikita Pearl die?

Nikita Pearl was first diagnosed with a brain tumor in 2016. She recovered following her treatment. However, another tumor was found. She eventually died of a brain tumor in February 2020. She died aged just 15. Her school, Gayaza High School announced her death. The school wrote,

“Fare thee well Nikita Pearl Waligwa. You were a darling to many and we have lost you to a brain tumor at such a tender age. Nikita was in S.3. Rest in Perfect Peace dear”

Condolences pour from all across the world following Waligwa’s early death.

Our contents are created by fans, if you have any problems of Nikita Pearl Net Worth, Salary, Relationship Status, Married Date, Age, Height, Ethnicity, Nationality, Weight, mail us at [email protected]