Prabhas is an Indian actor mostly known for his works in Telugu and Hindi language films. 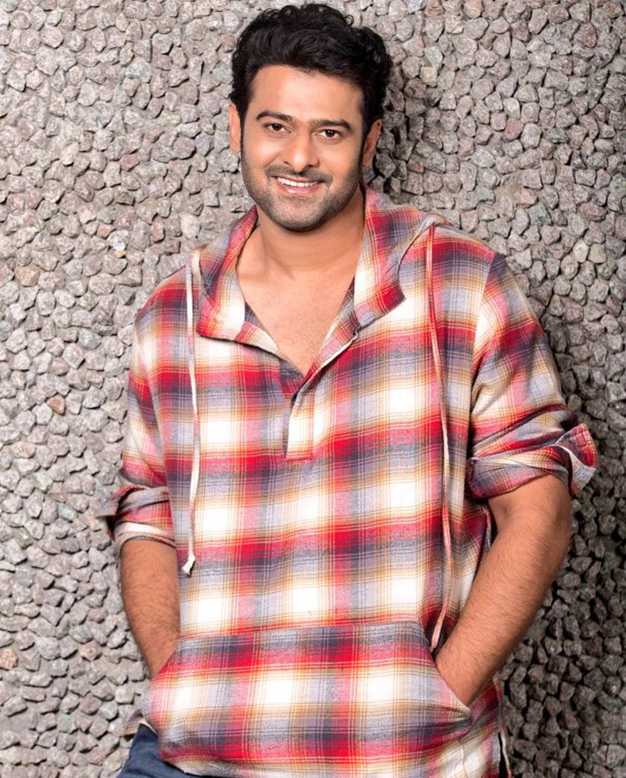 Prabhas is an Indian actor mostly known for his works in Telugu and Hindi language films. Prabhas came to Bollywood industry when he appeared in the blockbuster movie “Baahubali: The Beginning” in 2015.  Prabhas is the first South Indian actor to have his wax sculpture at Madame Tussaud’s wax museum.

What is Prabhas Famous for?

When was Prabhas born?

Prabhas was born on 23rd October 1979 in Chennai, Tamil Nadu, India. His birth name is Venkata Satyanarayana Prabhas Raju Uppalapati. His nationality is Indian. Libra is his zodiac sign and his caste is Kshatriya.

Prabhas was born to U. Suryanarayan Raju(father) and Siva Kumari(mother). His father was a popular filmmaker.

He was raised in Hyderabad along with his two siblings: a sister, Pragathi Uppalapati and a brother, Prabodh Uppalapati. Besides, the famous Tollywood Actor and Politician Krishnam Raju Uppalapati is his maternal uncle.

Prabhas attended DNR School at Bhimavaram. He then graduated from Sri Chaitanya College, Hyderabad with a degree in B.Tech.

How is Prabhas’s Career: Movies?

Who is Prabhas Dating: Personal Life?

The daring action star, Prabhas isn’t married yet and isn’t dating anyone. He is currently one of the most eligible bachelors in the Telugu cinema.

However, it was rumored that Prabhas had been in a relationship with actress Anushka Shetty and Ileana D’Cruz in the past.  Besides, it is also reported that he has received over 6000 marriage proposals after his success movie, “Bahubali”.

Prabhas in person is a very shy person. He is a polite spoken person. He resides in Film Nagar, Hyderabad, Telangana, India.

How much does Prabhas Worth?

The 39 aged actor, Prabhas has an estimated net worth of $12 million. Prabhas is one of the highest-paid actors in Telugu cinemas. He gets a salary of 24 crores (INR) per movie.

He has amassed quite a fortune through his career as an actor via his hit movies. Prabhas’ most hit movie of all time, “Bahubali” and its sequel had bought a blast in the Indian box office as it collected around $155 million in just 10 days of its release.

He also earns money through his numerous endorsements deals. He has been signed on by Mahindra as a brand ambassador for the new “Mahindra TUV300” car. He also has made his debut in the television commercial (TVC) arena with their new ad.

How tall is Prabhas?

The famous actor, Prabhas has a well maintained perfect athletic body figure. He stands tall with a height of 6ft. 1inch.(1.85m). He has a body weight of 95kg(209 lbs).

Our contents are created by fans, if you have any problems of Prabhas Net Worth, Salary, Relationship Status, Married Date, Age, Height, Ethnicity, Nationality, Weight, mail us at [email protected]