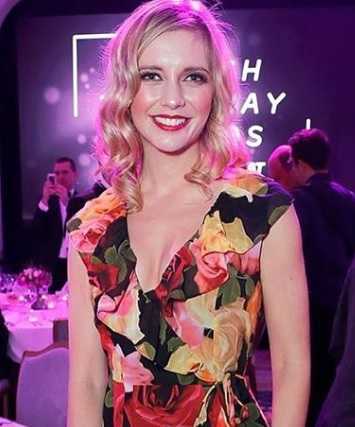 Rachel Annabelle Riley, professionally known as Rachel Riley is an English television presenter. She is best known for co-presenting Channel 4 daytime puzzle show Countdown. She is also a popular co-presenter of its comedy spin-off 8 Out of 10 Cats Does Countdown.

Rachel Riley thanks her fans for supporting her concerns for antisemitism.

Riley has received support from her television colleague Nick Hewer and comedian Stephen Fry about her concern for antisemitism. She has also appreciated her fans supporting her on the cause.

She has credited her partner Pasha Kovalev for being with her at difficult times.

Her concerns about the antisemitism dragged a Twitter argument with left-wing politician George Galloway over her views on antisemitism in the Labor Party and her criticism of the American Jewish academic Noam Chomsky.

Galloway wrote on Twitter, “Dumbfounding. She calls Chomsky an anti-Semite and slanders half the Labour Party as the same”.

She has been raising concerns about the antisemitism she has faced or seen since 2018.

She is the popular co-presenter of Countdown, and its comedy spin-off, 8 Out of 10 Cats Does Countdown.

Rachel Riley was born on 11 January 1986. Her birth name is Rachel Annabelle Riley. She was born to Christopher Riley and Celia Riley. She belongs to a white ethnicity. Her birthplace is in Rochford, Essex, England. She holds British nationality. She describes herself as a non-religious Jew. Her zodiac sign is Capricorn. She has a younger brother named Alex Riley. She grew up in the Thorpe Bay area of Southend-on-Sea. She attended Thorpe Hall School and later obtained her A-Level from Southend High School.

She then attended Oriel College, Oxford, and studied mathematics obtaining an upper second-class honors degree. She also took a postgraduate degree, a master’s degree, as she was attracted to the intersection of mathematics and civil engineering.

The career of Rachel Riley

Initially, she considered her career in the financial sector, thus, completing an internship at Deutsche Bank in the City of London.

Her maths degree aided her to gain employment to perform statistical analysis for a price comparison start-up company.

In January 2009, she made her television debut on the Channel 4 letters and numbers game show, Countdown.

She then co-presented 8 Out of 10 Cats Does Countdown in January 2012 alongside comedian Jimmy Carr.

She appeared as the contestant in the eleventh series of the BBC One ballroom dancing program, Strictly Come Dancing from September 2013.

She partnered with Russian professional dancer Pasha Kovalev. She got eliminated in Week 6 of Strictly Come Dancing in November.

She co-presented the Channel 5 program, The Gadget Show alongside Jason Bradbury from 2013 to 2014.

She became part of the three-person presenting team for ITV’s six-part series, It’s Not Rocket Science in 2016.

She joined Sky Sports to present Friday Night Football alongside Jeff Stelling in 2016.

She also co-presented Fantasy Football Club with Max Rushden and Paul Merson from 2016.

The 32 years old tv presenter was previously married to Jamie Gilbert. They met each other while studying at the University of Oxford. They tied a knot to each other on 11 August 2012 and separated in the following year. Their marriage did not last more than 16 months.

She then started dating former Strictly partner Pasha Kovalev. Their affairs started in 2014. At present, they live together in London.

The former Countdown co-presenter stands at a height of 1.7 m i.e. 5 feet and 7 inches tall. She has a bodyweight of 128 lbs i.e. 58 kg. She has a slim body build. She has green eyes and her hair color is blonde.

Net Worth of Rachel Riley

The net worth of 32 years old is estimated at around $5 million. She has earned her fortune working in television. She was also featured in the Kellogg’s, Mental Health UK, British Cycling, and Oral-B Pro-Expert toothpaste campaigns.

Our contents are created by fans, if you have any problems of Rachel Riley Net Worth, Salary, Relationship Status, Married Date, Age, Height, Ethnicity, Nationality, Weight, mail us at [email protected] 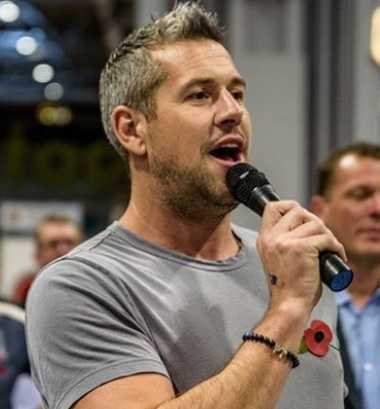 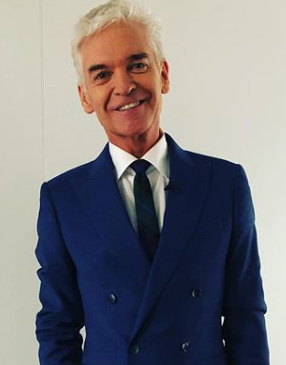 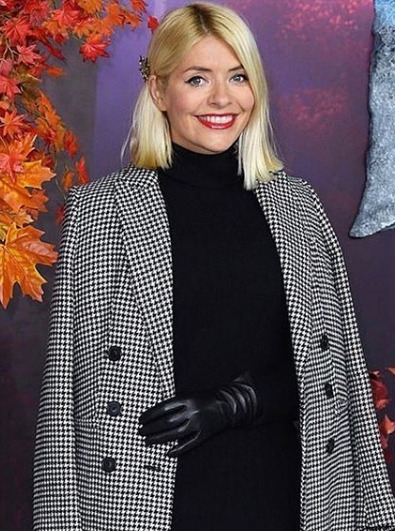