Raine Riggs is best known as the daughter-in-law of Democratic presidential candidate Bernie Sanders or wife of Levi Sanders. 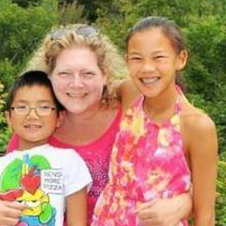 Raine Riggs is best known as the daughter-in-law of Democratic presidential candidate Bernie Sanders or wife of Levi Sanders. She died on October 5, 2019, she was diagnosed with neuroendocrine cancer after falling ill three weeks ago. To know more information about Raine Riggs, keep reading below.

Who are the parents of Raine Riggs?

Recalling her early life, Raine was born to Richard Riggs and Rinda Yukevich Riggs in Burgettstown, Pennsylvania. She is of American nationality and belongs to white ethnicity. She has a sister named Renee Riggs whom she grew up in her childhood.

What was the profession of Raine Riggs?

Talking about her profession, Raine served as the director of behavioral medicine at Dartmouth Medical School for several years and started the Palliative Care Department for Dartmouth Medical Center, the obituary said.

She also owned Riggs Geriatric Psychology in Windsor, Vermont, and spent time volunteering with homeless veterans, pediatric hospice and at ground zero in the aftermath of 9/11.

Who was Raine Riggs married to?

Reflecting on her personal life, Raine was married to Levi Sanders. She met Levi Sanders while the two worked at an emergency food shelter in Vermont. After dating for years, they got engaged before finally getting married. They have three children named Sunnee, Ryleigh, and Grayson who were adopted from China.

How much net worth did Raine Riggs own?

Engaged in many medical fields as a neuropsychologist, Raine must earn the sum of a good amount of money and fame. At present, we have no information about her estimated net worth and salary. In the case of we update, we will let you know.

What is the reason behind Raine Riggs’s death?

Her obituary reads; “On Sunday, October 5th, 2019 at 9:11 PM, this world lost one of its most beautiful people… our beloved mother, wife, daughter, grand-daughter, sister, niece, and cousin… Dr. Raine Riggs.”

Our contents are created by fans, if you have any problems of Raine Riggs Net Worth, Salary, Relationship Status, Married Date, Age, Height, Ethnicity, Nationality, Weight, mail us at [email protected]