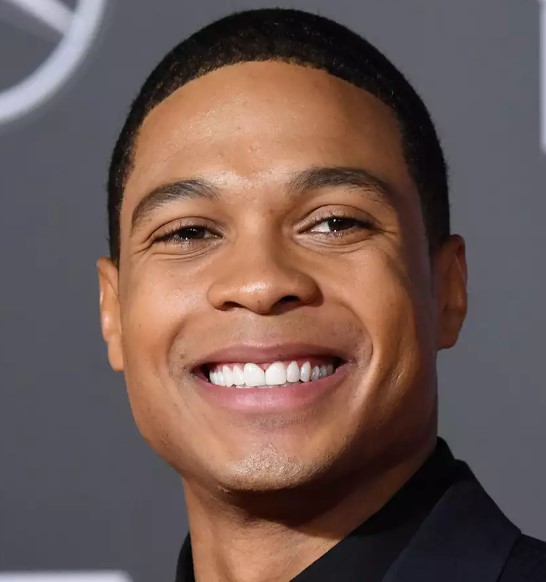 An American born television and stage actor, Raymond Fisher who is best known for his portrayal of Victor Stone/Cyborg (A fictional superhero appearing in American Comic Book) in DC Extended Universe such as Batman v Superman: Dawn of Justice and Justice League. He is also best known for his role in the comedy The Good, the Bad, and the Confused television series. He has appeared in television series such as The Astronaut Wives Club and True Detective in 2015 and 2019. He has also done theatrical drama as Muhammad Ali in Fetch Clay, Make Man in 2013 of 8 episodes.

What is Ray Fisher famous for?

American Stage Actor Raymond fisher is his birth name and he was born on September 8, 1987, in Baltimore, Maryland, US. He was grown up in Lawnside, New Jersey. He went to Haddon Heights High School for his education and his English teacher introduced him to the theatre. He was active in the school’s theatre and choir program and sang in his church’s choir. After high school, Fisher attended the American Musical and Dramatic Academy in New York. He is a citizen of American by his birthright. He holds an American Nationality. He is Virgo by his zodiac sign. He is of Afro-American ethnicity. He is currently residing in his own apartment in New York City. He is Christian by religion.

No information available about his family, parent’s occupation, and his siblings.

Fisher started his acting career from Stage work. He has performed with Shakespeare Theatre of New Jersey since 2008. His debut stage works as a role of Tom Robinson in the theater’s production of To Kill a Mockingbird in 2008. Fisher has played in William Shakespeare’s play, Macbeth New Jersey in Madison in 2009. He put 20 pounds of muscular in order to portray Muhammad Ali in 2013 off-Broadway production of Fetch Clay, Make Man at the New York Theatre Workshop in New York City. It went 193 to 212 pounds for his bigger frames to fit the role of Muhammad Ali.

Fisher portrayed the superhero Victor Stone / Cyborg in the film Batman v Superman: Dawn of Justice and will reprise his role in Justice League and its sequel, and has a contract to appear as the character in other films as well.

Fisher reprised the role in his own solo film Justice League in 2017.

Producer Barbara Muschietti also stated that Fisher will appear as Cyborg in the upcoming movie, The Flash in 2022 and Zack Snyder’s Justice League in 2021.

He has also appeared in television series as Captain Edward Dwight in The Astronaut Wives Club in 2015 and True Detective as Henry Hays in 2019 which was of 8 episodes.

Regarding Ray’s love life, there is not much of the information about his relationship matter known in the mainstream media to date.

He is single as of the date and he is straight to his sexual orientation. Ray has linked with no women in public, and there are no past relationship records. It seems like he is enjoying his bachelor’s life or he can be waiting for the right one.

How tall is Ray Fisher?

As being a famous actor who plays for television series, who does theatrical shows and does Cyborg movies, he has made good money and fortunes from his profession. He has an estimated net worth of approx. $500,000 as of 2019.

Our contents are created by fans, if you have any problems of Ray Fisher Net Worth, Salary, Relationship Status, Married Date, Age, Height, Ethnicity, Nationality, Weight, mail us at [email protected]