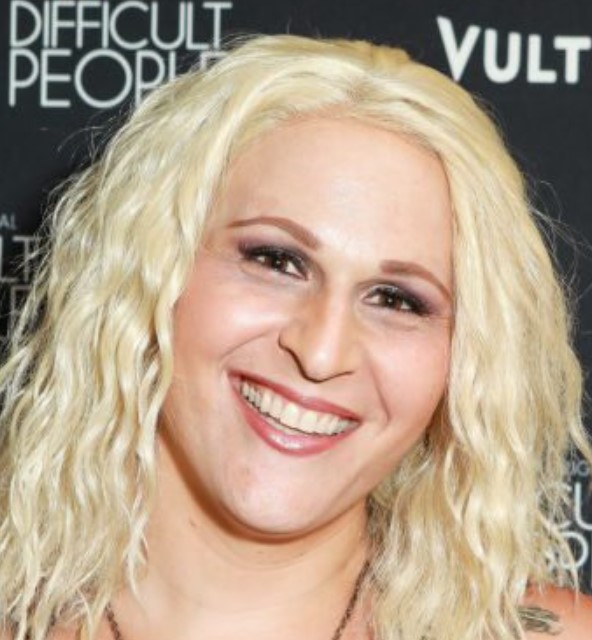 Shakina Nayfack is an American actress and transgender activist who is most notable for her “trans-truther” role, Lola, on the popular Hulu television program, “Difficult People”. Nayfack became the first openly transgender woman to star in a prime-time sitcom on the network with her role as Ellis in NBC’s sitcom, “Connecting” since October 8, 2020.

Having her career started with her appearance in the TBS series, “The Detour” in 2013, Nayfack has come a long way up within her 7-year long career becoming a voice of transgender society worldwide.

She is also known as the Founding Artistic Director of Musical Theatre Factory. She also had her solo show titled “Manifest Pussy”. On Wednesday, October 14, 2020, Nayfack tweeted slamming NBC for its newly announced town hall with President Trump saying that she was disgusted by my home network for giving Trump a platform for fear-mongering, bigotry & disinformation.

Nayfack is quite active on social media sites especially on Twitter: @Shakeenz with over 7k followers.

What is Shakina Nayfack Famous for?

Where was Shakina Nayfack Born?

Shakina Nayfack was born on December 8, 1980, in Ventura County, California, United States. Her birth name is Shakina Nayfack. Her nationality is American. Nayfack belongs to White ethnicity while Sagittarius is her zodiac sign.

Born and raised in Ventura County, Nayfack had an interest in journalism and theatre since her childhood for which she even has earned up to a degree of Ph.D. She first attended the University of California Santa Cruz from where she got graduated received a B.A. degree in Community Studies with a minor in Theater Arts as well as a Graduate Certificate in Theater Arts.

After her graduation, she went on to pursue an MFA in Experimental Choreography and finally extending up to a Ph.D. in Critical Dance Studies at the University of California Riverside.

Shakina Nayfack began his professional career with her debut appearance on the comedy television show, “The Detour” in 2013.

She also had her one-woman show, “Manifest Pussy” which was highly regarded by the Manhattan theater scene.

She became the recipient of the Lilly Award in 2015. The award was given for her support towards women in theatre and gender parity for theatrical productions.

She then played the role of Ava in the final Amazon comedy-drama show, “Transparent” in 2019.

She also had voice-acted as Hana in the English dub of “Tokyo Godfathers”(2003).

She got initial recognition for her series regular role as Lola, a “trans-truther”, on the second and third seasons of the Hulu television program, “Difficult People” since 2016.

Shakina Nayfack is currently single. She is a proud trans woman and has been a transgender activist for a long time. Nayfack also crowd-funded her sex reassignment surgery through a “Kickstart Her” campaign in 2013.

Shakina Nayfack has quite good earnings from her professional career as an actress and transgender activist. Nayfack started her career since the year of 2013 and has managed to stand still in among the pack of people to become the first trans person to star on an American network comedy.

With her earnings, Nayfack has a quality net worth estimated to be around $1.5 million.

Shakina Nayfack is a beautiful lady in her 30s. She has a healthy average body physique. She stands tall with a height of 6ft. 2inch. while her body weighs around 65kg. She has a fair complexion with blonde hair and brown eyes.

Our contents are created by fans, if you have any problems of Shakina Nayfack Net Worth, Salary, Relationship Status, Married Date, Age, Height, Ethnicity, Nationality, Weight, mail us at [email protected]