Kyle Howard Long is a former American football guard who played in the National Football League for seven seasons with the Chicago Bears. 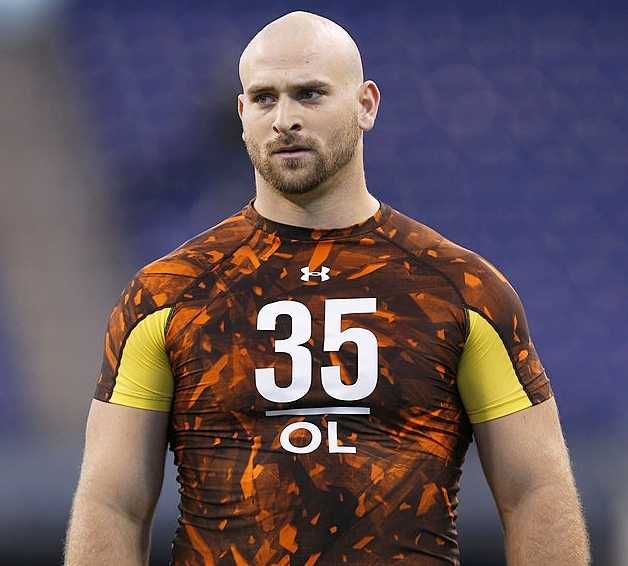 Kyle Howard Long, professionally known as Kyle Long is an American football player. He plays as a guard for the Chicago Bears of the National Football League (NFL). The Bears drafted him 20th overall in the 2013 NFL Draft. He played college football for Florida State University, Saddleback College, and the University of Oregon.

What is Kyle Long Famous For?

Where was Kyle Long Born?

Kyle Long was born on 5 December 1988. His birth name is Kyle Howard Long. His birth place is in Ivy, Virginia in the United States. He holds American nationality. He was born to a legendary defensive end and Hall of Fame honoree Howie Long. He has an older brother, Chris Long, who is now a retired defensive end. He has another brother, Howie Long Jr, who works as a scouting and personnel assistant with the Oakland Raiders.

He attended St. Anne’s-Belfield School in Charlottesville, Virginia, where he played football and baseball. The Chicago White Sox drafted him in the 23rd round of the 2008 MLB Draft but did not sign with the White Sox. He was selected to the 2008 U.S. Army All-American Bowl.

After his high school career, he committed to Florida State University.

However, Long left Florida State for academic reasons in January 2009 following an arrest for DWI.

He then enrolled at Saddleback College in 2010.

He played defensive end during his first year at Saddleback but switched to the offensive line in the following year.

He then transferred to the University of Oregon to play football.

The Chicago bears selected in the first round with 20th pick in the 2013 NFL Draft.

He signed his first professional contract on 17 May 2013.

He missed much of the offseason program due to league rule prohibiting rookies from working out until their college class graduates.

He made his NFL debut against the Cincinnati Bengals, becoming the first rookie in franchise history to start a season opener at the position in the Super Bowl era.

He was named to Pro Football Focus’ All-Rookie Team on 8 January 2014.

On 15 January, he was named to NFL.com’s All-Rookie Team.

He replaced Mike Iupati in the 2014 Pro Bowl.

He was named to his second Pro Bowl following the 2014 season.

He was also named as a second-team All-Pro guard.

He switched from guard to tackle at the start of the 2015 season.

He was named to his third consecutive Pro Bowl.

He was moved back to guard in March 2010 after the Bears signed right tackle Bobby Massie.

He signed a four-year contract extension worth $40 million with the Bears in September 2016.

He suffered multiple injuries during the 2016 and 2017 season.

Having started the first eight games of the 2018 season, he suffered another injury that kept him on the injured reserve until December 2018.

He suffered another injury during the 2019 season that placed him on the injured reserve in October 2019.

Who is Kyle Long Dating?

Kyle Long is unmarried but not single. He is dating model and reality star, Shannon Noel. She was one of the contestants in the 2012 edition of Miss South Carolina Teen USA. Long does not share much about his personal life on social media. He maintains a low profile regarding his personal life.

What are Kyle Long Body Measurements?

What is Kyle Long Net Worth?

Kyle Long earns from his professional football career. His income comes from salary, contracts, bonuses, and endorsements. His annual salary is reported at $10 million. He had signed a four-year contract extension with the Bears in September 2016. His net worth will be updated soon.

Our contents are created by fans, if you have any problems of Kyle Long Net Worth, Salary, Relationship Status, Married Date, Age, Height, Ethnicity, Nationality, Weight, mail us at [email protected]

Who is Kyle Long? Know About His Bio And How Much His Net Worth
Tags : #American football guard