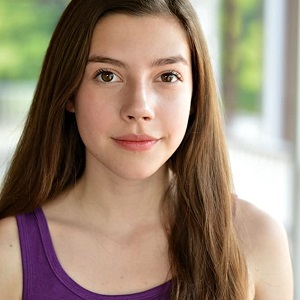 Sissy Sheridan is an American actress, singer, and social media star. She is best known for her appearances in several series including in ‘Manic’ as Asia, ‘Chicken girl’ as Angie, and as a host of the Nickelodeon series, ‘DIY with Me’.

How old is Sissy Sheridan?

Sissy Sheridan was born on June 15, 2004, in Washington, DC, US. As of 2020, her age is 16. Her birth sign is Gemini. She holds American citizenship and her ethnicity is Caucasian.

Sheridan has an older brother named Julian. She wants to keep her parents’ identity secret and has not revealed yet. But, she said that her parents always support her career and keep pushing forward to fulfill her dreams. There is not any information regarding her education.

How did Sissy Sheridan pursue her Career?

In 2016, she started her acting career from the first debut in the short video title paper Airplanes as Sam. Then, she has played a role as Katie Edward in TV series title Copycat Killers. With her performance, she subsequently played in another series like for my man, Mozart in the jungle, homeless bound, people organize investigates, and so on. She has done a Maniac in Netflix as Asia. In 2018, she is a member of the famous web series Chicken Girls.

She attends the New York theatre off-Broadway production of Annie Warbucks in 2017. Recently, she has completed another TV series titled Old Man Rush, played the role of Clarie. This project is completed but not released yet.

On February 25, 2017, Sheridan joined the Youtube community. Since then she started her career as a YouTuber and singer as well. Now, she has 38.5 k followers on it. She posted her different kinds of vlogs and challenges videos on it. Sometimes, she released her own official songs.

Sheridan is very active on TikTok and Instagram too. she has millions of followers on it. As to make interesting and creative content. She duets with various other famous TikToker such as cousins, jesusth0t69, moist. soup, cxbaby_14, and many more. She posts pictures of modeling and fashionable outfits on it.

Is Sissy Sheridan dating anyone?

Currently, Sheridan is dating Miles Despair, who is an Instagrammer, Tiktoker, and social media star. She uploads several videos and images on her social media. They seem happy and very close together. As of June 29, she posted wishing him a Happy birthday with the caption, Happy bday bae, and a heart symbol on it.

How much is Sissy Sheridan worth?

As of 2020, Sheridan estimated net worth is approximately $1 million – $5 million. Her exact salary and average earning are unknown. As an actress, her average salary is about $56 k.

As a TikTok star, her earnings range between $1.8k to 3.1 k respectively. Besides, as an Instagrammer, her estimated earning per post is between $1.4 k to $2.3 k.

How tall is Sissy?

Her height is about 5 feet 5 inches tall and her weight is around 54 kg. She has Hazel and brown hair.

Our contents are created by fans, if you have any problems of Sissy Sheridan Net Worth, Salary, Relationship Status, Married Date, Age, Height, Ethnicity, Nationality, Weight, mail us at [email protected]