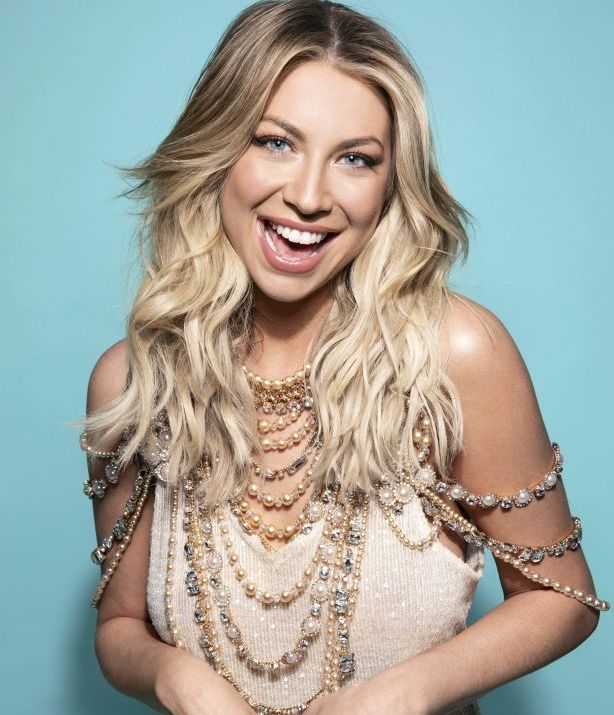 Stassi Schroeder is an American television personality who is popularly known for her role in the reality television series, “Vanderpump Rules” aired on Bravo. Stassi is also a podcast host, fashion blogger, model, and author and has managed to earn millions of hearts with her talent since her debut in 2005.  Currently, she hosts a weekly podcast titled “Straight Up with Stassi” for which she even had gone in the podcast tour in September 2019.

What is Stassi Schroeder Famous for?

Where is Stassi Schroeder From?

Stassi Schroeder was born on June 24, 1988, in New Orleans, Louisiana, United Staes. Her birth name is Nastassia Bianca Schroeder. Her nationality is American. Schroeder Belongs to White ethnicity while Cancer is her zodiac sign.

Stassi Schroeder is the oldest child of Mark Schroeder(father) and Dayna Schroeder(mother). Her father is an architect while her mother is a jewelry designer. Her parents however divorced and his father married Char(step-mother). Stassi was raised in her hometown along with her three younger siblings: two younger brothers, Hunter and Nikolai, and a younger sister, Georgianna. Stassi was very close to her grandmother, Rosemary who died at 95 in May 2019.

Stassi attended Mount Carmel Academy where she took the theatre classes at the age of 11. Stassi began to have more interest in the entertainment field as she became the President of the Drama Club during her senior year. In 2006, she was voted the “Most Talented” in the class.

After graduating from high school, Schroeder at the age of 18, moved to Hollywood. Schroeder later attended and graduated from Loyola Marymount University with a Bachelor’s degree in English writing. Besides, she also studied at the NOCCA(New Orleans Center for the Creative Arts) for three years. Schroeders studied acting techniques under Jeff Philips and Mark Kransnoff.

In 2005, the Schroeders house was destroyed by Hurricane Katrina.

Who is Stassi Schroeder Married to?

The 31 years old Bravo star, Stassi Schroeder is currently engaged to her fiance, Beau Clark. Clark is a casting agent. The couple dated for about two years after which they got engaged in July 2019. However, recently on the latest episode of her podcast, “Straight Up with Stassi”,

Schroeder briefly discussed the changes in her relationship with Clark after their engagement. Stassi said that the newly engaged couple isn’t getting much time for their sexual relationship as they are more likely to be in their work after the engagement.

Previously, Stassi dated a few guys including Peter Madrigal, TV star. They started dating in 2010 but soon they broke up within a couple of months. In 2011, Stassi dated reality TV star, Jax Taylor, but their relationship lasted only for 2 years as it ended in 2013. In August 2013, Stassi officially started her relation with the radio show host, Patrick Meagher. Meagher and Schroeder had on-again and off-again relation which ended after 4 years in 2017.

What is the Net Worth of Stassi Schroeder?

The reality TV personality, Stassi Schroeder has quite a good earning through her professional career mostly as a podcaster and TV shows. Schroeder has managed to amass a great fortune of the amount which is estimated to be around $300k. She adds few more dollars to her fortune through her clothing line, wine collection, book and endorsement deals.

How Tall is Stassi Schroeder?

Stassi Schroeder is a gorgeous lady from New Orleans. Schroeder has a well maintained slim body physique. Being an internet personality and podcaster, she has been conscious of her health and fitness. She has managed to have a perfect hourglass body physique with a measurement of 38-26-37 inches.

She even has 34 D as her bra size, 8(US) as her shoe and dress size. She stands tall with a height of 5ft. 7inch.(1.70m) while her body weighs around 59kg(130 lbs). Stassi has fair complexion with blonde hair, blue eyes, and distinguished fuller lips.

Our contents are created by fans, if you have any problems of Stassi Schroeder Net Worth, Salary, Relationship Status, Married Date, Age, Height, Ethnicity, Nationality, Weight, mail us at [email protected]