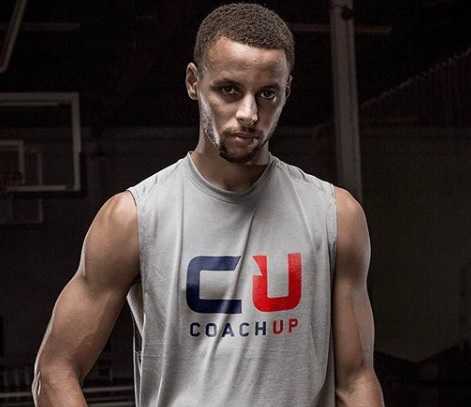 Warden Stephen Curry II, professionally known as Stephen Curry is an American professional basketball player who plays for the Golden State Warriors of the National Basketball Association (NBA). Curry is called the greatest shooter in NBA history by many players and analysts. Curry led the Warriors to their first championship victory since 1975. Curry led his team to win NBA Championships three times, 2015, 2017, and 2018 and was named NBA Most Valuable Player twice in 2015 and 2016. Curry is the son of former NBA Player Dell Curry and older brother of current NBA player Seth Curry.

Why is Stephen Curry famous?

Stephen Curry was born on March 14, 1988, to Sonya (Adams) and Dell Curry in Akron, Ohio. Curry has a younger brother named Seth. Curry grew up in Charlotte, North Carolina. His father, Dell was also an NBA basketball player for Charlotte Hornets. His father used to take Stephen and Seth to his games. Both the brothers would shoot with the Hornets during warm-ups. Curry played for Queensway Christian College boys’ basketball team during their brief stay at Toronto. Curry won the provincial championship with Toronto. Curry returned back to Charlotte after his father’s retirement and joined Davidson College.

Curry started his collegiate basketball career from Davidson college. Curry during his freshman season was named Southern Conference Freshman of the Year, SoCon Tournament MVP, and was selected to the SoCon All-tournament team, All-freshman team, and first team All-SoCon. Following his amazing freshman season for the Wildcats, Curry was selected for the USA team to appear at the 2007 FIBA U19 World Championships and USA finished with a silver medal. Curry during his sophomore season was named the Most Outstanding Player of the Midwest Region of the 2008 NCAA Tournament and was also nominated for an ESPY in the Breakthrough Player of the Year category. On January 3, 2009, Curry surpassed the 2000-point mark of his career scoring 21 points against Samford. Curry surpassed previous school record by John Gerdy and became Davidson’s all-time leading scorer with 34 points in a 99-56 win against Georgia Southern. Curry became the NCAA scoring leader during his final season at Davidson. He was named a consensus first-team All-American.

Golden State Warriors selected Curry in the 2009 NBA draft in a four-year deal for $12.7 million. Curry in his first season, finished second in NBA Rookie of the Year and was included in the NBA All-Rookie First Team. Curry also received the NBA Sportsmanship Award. Curry went through various injuries during his second season at Golden State Warriors. Curry and his backcourt teammate Klay Thompson was nicknamed “The Splash Brothers” for their perimeter scoring. Curry set a new league record for the three-pointer made in a single season during the 2013-14 season. Curry scored a season-high 51 points in a win over Dallas Mavericks during the 2014-15 season. At the end of 2014-15 NBA season, Curry was awarded the NBA Most Valuable Player while Golden State emerged as championship winner for the first time in 40 years. Curry became the first player since Michael Jordan in 1989–90 to score 118 points in the first three games of a season during 2015-16 NBA season. Curry was guarded by his brother Seth for the first time in their NBA careers during the game against the Kings on December 28, 2015. Curry became the first player in NBA history to make 300 three-pointers in a single season on March 7, 2016. Curry became the 11th player in NBA history to win MVP award in consecutive seasons. Curry was named the league’s unanimous Most Valuable Player. Curry won his second, and Golden State Warriors’ second NBA Championships in three years at the end of NBA 2016-17 season. Curry extended his stay at Golden state signing to a five-year, $201 million extension with the Warriors on July 1, 2017. He became the first NBA player to sign a supermax contract worth over $200 million. Curry nearly missed six weeks after suffering a Grade 2 medial collateral ligament (MCL) sprain to his left knee on March 23, 2017. Curry won his third and Warrior’s second consecutive NBA Championships after defeating Cavaliers for 122-103. He set an NBA Finals record of nine three-pointers. Many of his fans felt that Curry should have won the MVP. Curry stated in response, “At the end of the day, I’m not going to let a [Finals] MVP trophy define my career. Three titles.Wherever that puts us in the conversation in the history of the NBA. I’m a three-time champ.”

Curry already helped American national team to finish second at the 2007 FIBA U19 World Championship. Later, he became the important player in the team when United States won the goal medal in an undefeated tournament at the 2010 FIBA World Championship(FIBA Basketball World Cup) and 2014 World Cup. Curry withdrew from United States national team for the 2016 Olympics in Brazil due to ankle and knee ailments.

Curry tied a knot with his longtime girlfriend Ayesha Alexander on July 30, 2011, in Charlotte. They have three children, Riley (b. 2012), Ryan (b. 2015), and Canon (b. 2018). Stephen Curry and his family currently live in Alamo, California. His younger brother, Seth, is also a professional basketball player, and his younger sister, Sydel, played volleyball at Elon University. Curry follows Christianity. Curry has a tattoo of First Corinthians 13:8 in Hebrew on his wrist (“Love never fails”). Curry is charitable by heart. He started donating three insecticide-treated mosquito nets for every three-pointer he made to the United Nations Foundation’s Nothing But Nets campaign to combat malaria in 2012. Curry got malaria through Davidson teammate Bryant Barr during high school. Curry donated his prize vehicle for MVP award, to the East Oakland Youth Development Center.
Besides, basketball, Curry is also a Golfer and competed in the Ellie Mae Classic on an unrestricted sponsor exemption. Curry has exceptional followers on social media. He has 8.04 million users following him on Facebook, 12.2 million followers on Twitter, and 19.4 million followers on Instagram.

Forbes estimated that Curry earned $76.9 million for the 2017-18 season. According to Spotrac, Curry will have earned over $257 million on the basketball court at the end of his contract in 2021-22 season. At present, the net worth of Curry is estimated at around $60 million. Curry has partnered with Under Armour. Curry also endorses Nike. Forbes estimated Curry earned $35 million only from endorsements in 2017. Curry has also signed an exclusive autograph contract with Steiner Sports Memorabilia in September 2017. Curry’s production company Unanimous Media signed a wide-ranging, multiyear multimedia deal with Sony Pictures Entertainment in April 2018. Curry has also other deals with PressPlay, Vivo, Degree, Brita, and JPMorgan Chase and he is also the global brand ambassador for Nissan’s Infiniti line.

Our contents are created by fans, if you have any problems of Stephen Curry Net Worth, Salary, Relationship Status, Married Date, Age, Height, Ethnicity, Nationality, Weight, mail us at [email protected]