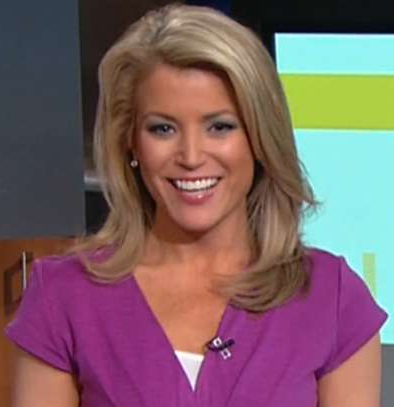 The blonde hair beauty Susan Hendricks is a news correspondent and an anchor. She is currently working for CNN Headline News (HLN) which is based in CNN’s world headquarters Atlanta. She is a well-known celebrity.

She was born on April 7, 1973. She grew up in New Brunswick, New Jersey. She belongs to American nationality. She attended Hun School of Princeton and later completed her Bachelor’s degree from Arizona State University. She majored in mass communications. She always had aspired to become a journalist for which she adopted the apt course.

Susan is already forty-four years of age, but she does not look her age. Susan had done a wonderful job of maintaining her body shape and her youthful looks. Her occupation requires her to look good and smart. And, Susan had done a wonderful job in that regard. She lives an active life and eats healthy. She has a diet plan for herself so that she would not add any unwanted pounds. She works for television. She has to look a certain way. She can’t take her appearance for granted. Her profession does not allow that. Thus, she is always neatly and formally dressed. She cleverly shows off her beautiful long legs in her tight fitted skirt and a trendy blouse. The woman stands tall at five feet and four inches tall. Her balanced weight is 58 Kg.

The career of Susan Hendricks

Susan kicked off her career working for Comcast cable at Orange County. After some time, she quit there and joined KESQ-TV. She was appointed as a field reporter. She served the channel for two years. After which, she was offered a position at NBC affiliate KMIR. She hosted a two-hour morning show there. During her stay, she got the opportunity to cover major stories that include the Santana High school shooting. She worked with the cable for few years. Later, she decided to join CNN Headline News. She had covered major breaking news for the channel like devastating flooding in Atlanta, the death of Ronald Reagan, the capture of Saddam Hussein, and Hurricane Katrina. She did incredible work for HLN. It was a great platform for her to demonstrate her potential to the world, which she did amazingly. However, she left HLN for some reasons and moved to DIRECT TV, but the woman did not find her work there satisfying and rejoined her HLN crew in 2005. She has been associated with the network for several years now. Her brief history about her professional achievement is given in Wikipedia for her readers. She is a multi-talented girl.

Susan found her love with her husband Robin Flower. She married him a few years back. He is an anesthesiologist by his profession. They make a good looking couple. They don’t have any children as of now. Susan is happy with her married life. Her husband understands and respects her profession and is always by her side. Thus, they are very less likely to divorce anytime soon. She is currently living in Alabama, California with her man. There are no signs of separation. They are living a blissful life.

Net Worth and Salary of Susan Hendricks

Susan is doing a great job in her work life. She is associated with a globally recognized News channel. She is a hard-working woman and her employers are paying her a good amount of salary for her contribution. She is doing great for herself. She is working, she is happily married, and is all independent. She is living a blissful life. She has made some admirers over her career time. They love her good looks and her anchoring skills. Her net worth is $5 Million as of 2018.

Our contents are created by fans, if you have any problems of Susan Hendricks Net Worth, Salary, Relationship Status, Married Date, Age, Height, Ethnicity, Nationality, Weight, mail us at [email protected]