Suzanne Rawlings is a beautiful American woman who is best known as the ex-wife of the reality TV personality, Richard Rawlings. 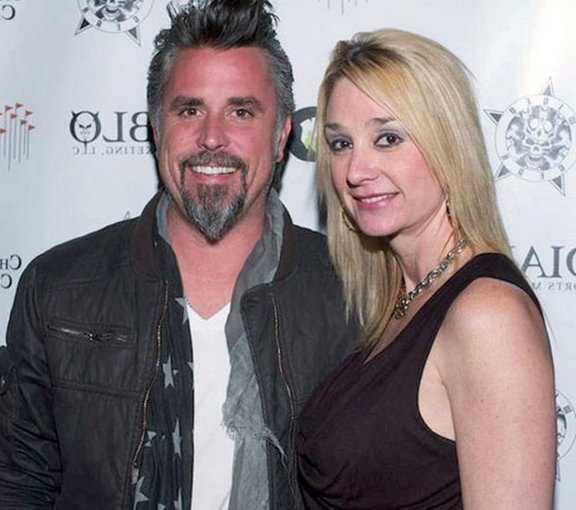 Suzanne Rawlings Is Getting Divorce From Her Husband for Second Time!

The star of the reality TV show, “Fast N’ Loud”, Richard Rawlings filed a divorce agreement against her wife, Suzanne Rawlings again in 2019. The couple is about to separate again like that back in 2009. The reason for their divorce is Richard Rawling’s new fiance.

Richard Rawlings, the millionaire seems to get bored with his same daily routine that he tried of making some changes in his life by dating the beautiful lady of 52, Katerina Deason. Richard Rawlings recently got engaged to his fiance, Katerina Deason in September 2019. They seem to be really happy to share the rest of their life with each other.

Besides, Katerina Deason is the ex-wife of the billionaire, Darwin Deason. The ex-couple hasn’t divorced officially and legally.

What is Suzanne Rawlings Famous for?

Suzanne Rawlings was born in 1964 in Texas, United States. Her birth name is Suzanne Marie Mergele. Her nationality is American. Suzanne belongs to White ethnicity.

Suzanne Rawlings was born to Jack Mergele(father) and Betty Koehl-Mergele(mother). Suzzane was raised by her parents in Texas. Suzanne attended Crystal Lake South High School in Texas then she graduated from the Northern Illinois University with a degree in bachelors in computer science.

After Suzanne got graduated, she signed a deal and started working for the Department of Defense as a contractor for four years.  She then worked in Schaumburg for a consulting firm.

Later in 2004, Suzanne Rawlings opened a Home Health Agency in Dallas. Working there for four years, she started her own computer consulting firm.

Is Suzanne Rawlings The Ex-Wife of Richard Rawlings?

Suzanne Rawlings has been married three times in her entire life to date. Her first marriage is still a secret that nobody knows. While her second marriage was with Carlos Venegas.

Suzanne was married to Carlos Venegas before as her second marriage. The couple had a great link and connection together. They even were blessed with a son named Sinjin Venegas.

However, the couple couldn’t last their relationship and ended up it. Their son, Sinjin is almost in his adults now and is currently dating his girlfriend, Harley Mince.

After divorce with Venegas, Suzanne tied a knot with her third husband, Richard Rawlings. Richard Rawlings is the millionaire entrepreneur, media personality and is the star of the reality TV show, “Fast N’ Loud” that aired on the Discovery Channel. Rawlings is also the owner of the Gas Monkey Garage.

The couple got married in 1999 in a gorgeous wedding ceremony in Las Vega, Nevada. Their marriage received great media attention then. Later in 2009, they got divorced and parted their way after remaining together for 10 long years together.

Due to misunderstandings between Suzanne and Richard in 2009, they finished up their relationship and divorced. After divorce, they were hardly seen together for the next five years however, they apparently remained a close friend.

Just after five years of their divorce, the couple went on for a trip together and a kind of started feeling for each other again. The couple got back together and decided to re-marry in 2015. Suzanne and her ex-husband Richard Rawlings got married again in Cobo, Mexico.

Later, Suzanne was given the managerial duties over Richard’s restaurant affairs back then.

Remaining together for more than a decade, the couple doesn’t share any children together. After reuniting, the couple was seen together in numerous events including, in various NFL games.

The couple resided in a rumored 4,000 square foot home in Dallas that even had a cabana and a pool.

Is Suzanne Rawlings A Millionaire?

The ex-wife of Richard Rawlings, Suzanne Rawlings has been living a very luxurious and lavish lifestyle in the past long years. With all the works that she had done, she has managed to amass a fortune of millions of dollars.

Besides, Suzanne has an estimated net worth of $1 million, that mostly includes her earning through numerous endeavors.

Further, Suzanne had her earnings increased mostly through her ex-husband’s wealth as Richard has an estimated net worth of $20 million.

After getting a divorce, Suzanne got a 2019 Mercedes SL 450 roadster and a $300,000 divorce settlement. Currently, after divorce, Suzanne is living in Crystal Lake City in a worth-full life with the million dollars that she has in her account.

How tall is Suzanne Rawlings?

The ex-wife of Richard Rawlings, Suzanne Rawlings has a well maintained curved body physique. Suzanne stands tall with a height of around 6ft. Talking about her looks, she has a fair complexion with blonde hair and dark brown eyes.

Our contents are created by fans, if you have any problems of Suzanne Rawlings Net Worth, Salary, Relationship Status, Married Date, Age, Height, Ethnicity, Nationality, Weight, mail us at [email protected]