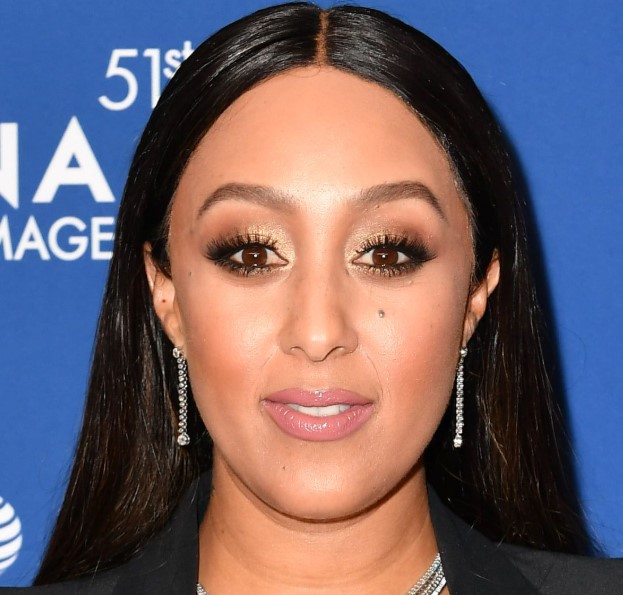 Tamera Mowry-Housley is an American actress, Television personality and model who rose to prominence for her role as Tamera Campbell in the super hit ABC/WB sitcom ‘Sister, Sister’, alongside her identical twin sister, Tia Mowry. She also starred in the Disney Channel Original Movie ‘Twitches’ and its sequel, ‘Twitches Too’, and played Sissie in ‘The Hot Chick’.

What is Tamera Mowry-Housley Famous for?

Is Tamera Mowry-Housley leaving ‘The Real’?

Tamera Mowry-Housley has decided to leave her talk show “The Real” after six seasons. She started co-hosting on the popular talk show in 2013. She confirmed on the Instagram post that she is leaving The Real after seven years.

On Monday, she wrote “For seven years, my home and heart has been at The Real. The friendships that I’ve made there will last a lifetime, and the people that I’ve had the blessing to interview have changed my life for the better. I’m so proud of what all the ladies and I have accomplished there, including two well-deserved NAACP Image Awards and a Daytime Emmy. However, all good things must come to an end, and it’s with a bittersweet smile that I announce that I am moving on from The Real. To my fellow hosts, I love you, I will miss you, and I will always be there for you. Thank you for teaching me, supporting me, and loving all of me. Sisters forever. I’ll be rooting for you, as I look forward to spending more time with my family, pursuing amazing new opportunities, and embarking on the next chapter of my life.”

Where was Tamera Mowry-Housley Born?

Tamera Mowry-Housley was born on July 6, 1978, in Gelnhausen, West Germany. Her birth name is Tamera Darvette Mowry. She was born to father, Timothy John Mowry, and mother, Darlene Renee Mowry. She has three siblings: an identical twin sister who is younger to her by two minutes, and two younger brothers and Tavior. She has English and Irish ancestry on her father’s side whereas Afro-Bahamian descent on her mother’s side. She holds an American nationality. Her zodiac sign is Cancer. Her religion is Christianity.

Regarding her educational background, she attended Birmingham High School in Van Nuys, California. After her high school graduation, Attended Pepperdine University in California with her sister, Tia Mowry where she majored in psychology.

Tamera Mowry-Housley is married to her long-term boyfriend FOX News correspondent, Adam Housley. They dated each other for six years.  Eventually, the couple got married on 15 May 2011. They welcomed their first child Aden John Tanner Housley in November 2012 and welcomed their second child Ariah Talea Housley on July 1st, 2015.

Tamera Mowry-Housley is a beautiful actress with a slim body build. She stands a height of 5 feet 4 inches (1.64 m) tall and she has a bodyweight of 58 Kg (128 lbs). Her body measurement is 34-27-35 inches respectively. She wears a bra size of 33B. Her hair color is Dark Brown and her eye color is also Dark Brown. Her sexual orientation is straight.

Tamera Mowry-Housley started her career as a child actor. She has appeared in numerous movies and TV shows. Her major income comes from her acting career. According to 2020, her net worth is estimated to $10 million. There is no information regarding her salary.

Our contents are created by fans, if you have any problems of Tamera Mowry-Housley Net Worth, Salary, Relationship Status, Married Date, Age, Height, Ethnicity, Nationality, Weight, mail us at [email protected]