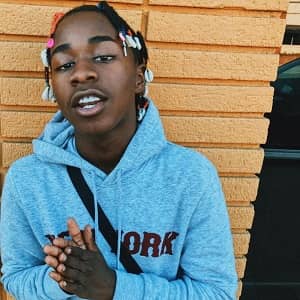 Zay Hilfigerrr is a popular American singer, dancer, and YouTuber. He rose to fame at just 16 years of age as the co-creator of the song, Juju On That Beat, and its music video.

When was Zay Hilfigerrr born?

Zay Hilfigerrr; real name Tyjuan Peoples was born on the 15th of November, 2000 in Detroit, Michigan, U.S.A. As of 2020, his age is 20. His nationality is American and his ethnicity is African American.

Zay is private when it comes to his personal life. As such, he has not revealed any information regarding his parents, not even their names. However, he has stated that they were very supportive and actively encouraged and helped him with his passion for dancing. Zay has also not said anything regarding his siblings, so it’s very likely that he is a single child.

Zay’s education is also a subject of mystery. He seems to be educated but he has not revealed any details about it.

How did Zay Hilfigerrr build his career?

Zay has been dancing since the age of six. As such, he was already an avid and talented dancer by age 16 and had started to post his unique dance videos online. He also posted several comedy skits and raps online. This ultimately led to a meeting with local film producer Timothy McCall. His son Zayion McCall; real name James McCall; was also passionate about rapping and had already started to establish his rap career. The two became close pretty fast and started working on a song together.
Their efforts would create the song Juju On That Beat. The duo also worked together to make an entertaining and iconic music video to go with the song. The catchy lyrics and entertaining music video made the video go viral on Youtube. The song was uploaded to Zay’s Youtube channel and has over 440 million views as of now. Soon enough, Atlantic records picked up the song for official distribution and it even made it to no 5 on the Billboard Hot 100. The music video won Zay and Zayion the Kids’ Choice Awards for Favorite Music Video and the song has also received the Double Platinum tag, due to its impressive streaming and selling numbers.

Zay’s confidence also rose up significantly after seeing how well the song performed. Of course, the duo was lucky that it went viral but still, it helped get Zay’s name out there in the music industry. Since then Zay has uploaded a lot of original music, music videos, and dance video on his Youtube channel. All of this has gotten him over 1.4 million subscribers as of now. Several of his newer songs have also performed well but none have reached the same level of popularity as Juju On That Beat.

What is Zay Hilfigerrr’s net worth?

As of 2020, Zay Hilfigerrr has an estimated net worth of approximately 2 million U.S. dollars. He has not revealed the details of his annual salary.

What are Zay Hilfigerrr’s physical statistics?

Zay stands at a height of 5 feet 5 inches and his weight is roughly 50 kilograms. His hair and eyes are both black in color.

Who is Zay Hilfigerrr dating?

As of now, Zay is most probably single. But this is not for sure as Zay has kept his love life very private from the public eyes, and so he could be in a secret relationship right now. He has kept his current relationship status and information on past relationships. There are also various rumors that he is gay and this may very well be true.

Zay is active and popular on social media. He is only active on Twitter at the moment and has amassed over 49k followers on the platform. He recently got a lot of attention for posting some freaky videos on his Twitter.

Our contents are created by fans, if you have any problems of Zay Hilfigerrr Net Worth, Salary, Relationship Status, Married Date, Age, Height, Ethnicity, Nationality, Weight, mail us at [email protected]