Alba Jancou is a 21 years old beautiful lady from New York, who is popularly known among the people as the fiance of the 60 years old, Peter Cook. 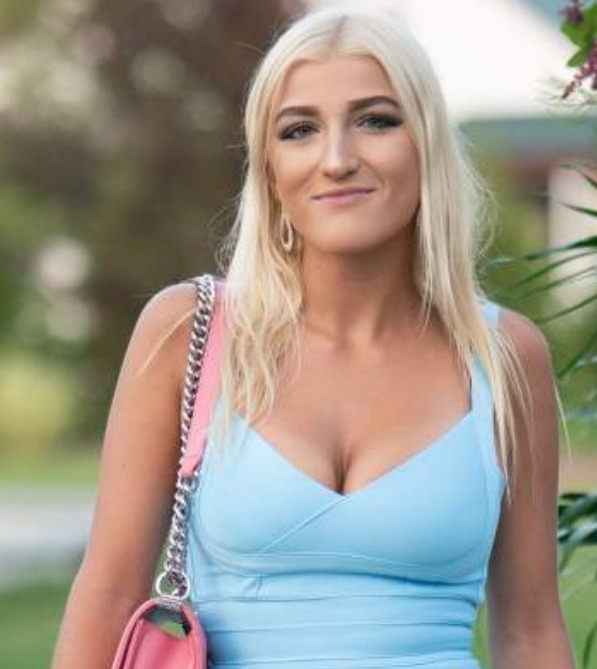 Alba Jancou is a 21 years old beautiful lady from New York, who is popularly known among the people as the fiance of the 60 years old, Peter Cook. Peter is the ex-husband of popular actress and model, Christie Brinkley.  Alba is a college girl and a model who is of the same age as that of her fiance Cook’s daughter, Sailor.

What is Alba Jancou Famous for?

Where is Alba Jancou From?

Alba Jancou was born in 1998 in New York, United States. Her birth name is Alba Jancou. Her nationality is Amerian. Jancou belongs to White ethnicity and she is Swiss, French and English.

Alba Jancou was born to a well to do family to Tanya Bonakdar(mother) and Marc Jancou(father). Both of her parents are prominent New York gallerists as her mother Tanya owns two solo galleries while his father, Marc owns his ow gallery.

Alba always had a great childhood as she had everything fulfilled. Alba even interned at her mother’s gallery which is a top New York art gallery during her junior year in college.

Where did Alba Jancou Study?

The 21 years old Alba Jancou is currently a psychology student at New Orleans, Louisiana. She is about to get a graduate in 2021 from Tulane University. Jancou previously attended a prestigious English Private Boarding School, Millfield.

Jancou also is a model as she has been photographed at the Manhattan Magazine and Mensbook.com party for Aaron Paul’s cover, the Hamptons Magazine fall fashion issue party and the Hampton Classic Horse Show to Benefit Stony Brook Southampton Hospital.

Alba Jancou has currently engaged to her 60 years old fiance, Peter Cook. Cook is 39 years older than Jancou. Cook and Jancou first met in 2017 at Le Bilboquet after which they began dating and vacationing in Santorini, Greece. The couple got engaged after Cook pooped the proposal with a diamond ring designed by Glen Bradford on September 15, 2019. They are currently planning for a destination wedding in Europe.

Cook is the ex-husband of beautiful actress and model, Christie Brinkley. Cook even has two children with Brinkley: a son, Jack and a daughter, Sailor. His daughter, Sailor is of the same age as his fiance, Jancou. Cook divorced with Brinkley because of his interest in younger girls.

Our contents are created by fans, if you have any problems of Alba Jancou Net Worth, Salary, Relationship Status, Married Date, Age, Height, Ethnicity, Nationality, Weight, mail us at [email protected]