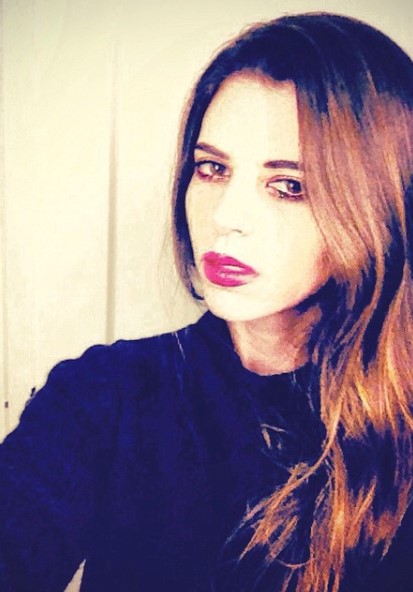 Alexis Morley is a girlfriend of late Adam Schlesinger who was an American vocalist lyricist, record-maker, and guitarist.  Schlesinger was an Emmy-winning songwriter behind ‘Crazy Ex-Girlfriend’ and a handful of Grammy, Tony and Oscar-nominated songs, and a founding member of Fountains of Wayne. He is reported to have died of coronavirus complications at the age of 52. Alexis works as Director of Communications at Loose Change Productions. She previously worked as Director of Press Affairs.

What is Alexis Morley Famous For?

Where was Alexis Morley Born?

Information regarding her childhood and parents are not updated. Regarding her education, she went to Choate Rosemary Hal which is a private, co-educational, college-preparatory boarding school in Wallingford, Connecticut (1991 – 1993). Further, she graduated from Brown University with a degree in Modern Culture and Media (1993 – 1997). In addition, she also completed the Radcliffe Publishing Course in Cambridge, Massachusetts.

What does Alexis Morley Do?

As per Alexis Morley’s Linkedln, she works at Loose Change Productions as Director of Communications after having worked as a Director of Press Affairs. She previously worked as a  Strategic Communications Associate for four years at The Dilenschneider Group. Morley previously worked in the publishing and general marketing and academic sectors of the publishing industry for 10 years at publishers such as Farrar, Straus and Giroux, St. Martin’s, Henry Holt, and Other Press. Her career began from the creative services department of Christie’s auction house and then sharpened her skills in marketing and public relations at RTL2, a radio station in Paris, prior to moving to New York City, where she has since resided.

Who was Alexis Morley Dating?

Alexis Morley is the sweetheart of Late Adam Schlesinger. However, it is unclear how long they have been together. A glance at Morley’s Facebook shows a photo of them when they won an Emmy in 2019. The award went to Outstanding Original Music and Lyrics for “Antidepressants are not a big deal.” He was also nominated for Best Original Theme Music for “Meet Rebecca” (Season 4 Theme) by Crazy Ex-Girlfriend. (Both co-written with Rachel Bloom and Jack Dolgen). In the Facebook post, Morley wrote: “Yayyy !!! Congratulations to Adam Schlesinger for winning an (other) Emmy this weekend!”

On March 31, Schlesinger was reported to have been hospitalized last week in New York State and placed on a ventilator due to the coronavirus and died on April 1, 2020, of complications from the virus at the age of 52.

“💔💔💔 This is the last photo taken of Adam and me, March 15. We went on a gorgeous, 4 mile walk that day with our friend , after driving upstate from NYC the day before. It sounds out of character, but in the past year Adam had grown open to, and eventually enthusiastic about, taking long walks outdoors (we just weren’t allowed to call them “hikes”). This one was “Poets’ Walk” in Red Hook. We’d gone there before, mostly because we liked the name and had lots of jokes about the “poets” we hoped to see (we envisioned old, cartoonishly-tweedy guys, ambling, hands clasped behind backs, gazing to the sky in search of “inspiration”). That night he woke up at 4am with a fever. We spent such a sweet week together, our roles kind of reversed because usually Adam was the one to take care of me. I tried to keep him comfortable, nurse him back to health, as we waited for the fever to break. We were sure it would—just like any other crappy flu. He said, “I’m ok. I have my Alexis.” But 7 days later things got worse and I brought him to the hospital. I wasn’t allowed to walk in with him. I drove home alone through a snowstorm terrified (the first time I’d driven a car in years), but we spent the night texting, making cute jokes, feeling optimistic. He kept telling me how much he loved me and thanked me for “saving [his] life”😪. The next morning he was intubated. I never got to hear his voice again. After 10 days of me, our incredible families, and friends drawing on every resource possible trying to help, I got a 3am call from the hospital. He wasn’t going to make it. I asked if there was any way I could see him (a cruelty of the pandemic is a strict ban on visitors). They made special arrangements for me to be allowed into the covid unit: a low-lit, grim, heavy place; the medical workers and I obscured by layers of PPE. But Adam looked sweet, peaceful, beautiful. I’m so thankful that I got to spend that one final hour with him—and that I was able to connect Sadie & Claire and Bobbi & Steve through my phone’s facetime too. I like to think he could sense us there, but he was deeply unconscious. (CONT in comment)  “

What are Alexis Morley Body Measurements?

Details about the body measurement of Alexis Morley is not updated.

What is Alexis Morley Net worth?

Alexis Morley’s net worth and salary are not updated to date.

Our contents are created by fans, if you have any problems of Alexis Morley Net Worth, Salary, Relationship Status, Married Date, Age, Height, Ethnicity, Nationality, Weight, mail us at [email protected]