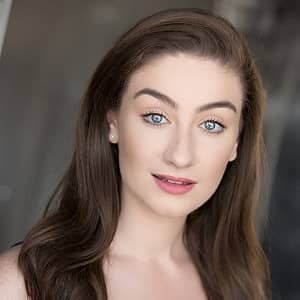 Amber Doig-Thorne is a popular British actress, model, and social media personality. She rose to fame through the internet for her entertaining prank videos. She made great use of this popularity, smoothly transitioning into an actress and model.

When was Amber Doig-Thorne born?

Amber Doig-Thorne was born on the 25th of October, 1994 in York, Yorkshire, U.K. As of now, her age is 25. Her nationality is British and her ethnicity is Caucasian.

She has not revealed the names of her parents yet. But still, we do know that her father works as a builder and her mother is a hypnotherapist. She has not said anything about her siblings.

Amber has put great importance on her education. She may not look like the studious type, but she has a BSc degree in Theoretical physics which she acquired from the University College London. She was also active in sports when in those days and has competed at the national level in several sports.

How did Amber Doig-Thorne build her career?

Amber started her career on the internet. Her charming personality and sense of humor were appreciated by many people in her prank videos. These videos would eventually launch her to fame. She tried acting after this and her popularity and good looks helped a ton. She eventually became a model as well and has modeled for various magazines and brands.

Among film audiences, she is best known for her roles in The Seven, R.I.A., and In Search of Fear. Her role in the recent short movie New Born was acclaimed critically. This role later led to her winning Best Actress at Falcon International Film Festival 2020. Amber is also a popular and established presenter and Celebrity Interviewer.

Looking at her presence on the internet, she is immensely popular on Tiktok. Her looks along with her sense of humor have led to her gaining over 288k followers on the platform. She also has a Youtube channel where she uploads the interviews she takes, vlogs, and comedic shorts. She self-titled the channel currently has 121k followers.

What is Amber Doig-Thorne’s net worth?

Amber has not revealed her net worth as of yet. The same goes for her annual salary. And unfortunately, accurate estimates of these figures don’t exist right now so we will have to wait for the actress to reveal it.

What are Amber Doig-Thorne’s physical statistics?

Amber stands at a height of 5 feet 4 inches and weighs around 57 kilograms. On top of her good looks, she is blessed with piercing blue eyes and light brown hair. Her body measurements for bust-waist-hips are 32-25-34.

Who is Amber Doig-Thorne dating?

As of now, Amber Doig-Thorne is single. She does not have a boyfriend at the moment and there aren’t many rumors of her being in a relationship. The actress is private regarding her personal life and so, there are no details on her dating history.

Our contents are created by fans, if you have any problems of Amber Doig-Thorne Net Worth, Salary, Relationship Status, Married Date, Age, Height, Ethnicity, Nationality, Weight, mail us at [email protected]