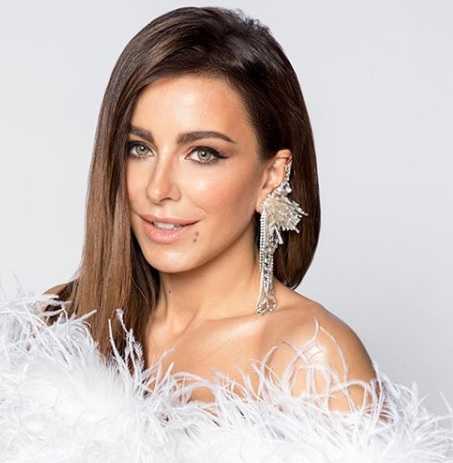 Karolina Myroslavivna Kuiek, popularly known as Ani Lorak is a Ukrainian singer, songwriter, actress, entrepreneur, and former UN Goodwill Ambassador. Lorak has been cited as one of the most powerful and influential women in Ukraine. A 39-year-old singer, Lorak has received the People’s Artist of Ukraine, Ukraine’s most prestigious and honorary title. She also reported that she earned the highest income among all other singers in Ukraine in 2014. Lorak is ranked as one of the most beautiful women from Eastern Europe. Lorak participated at the Eurovision Song Contest 2008 representing Ukraine. She performed the song “Shady Lady” in the competition and won runner-up behind Dima Bilan from Russia.

Ani Lorak was born on September 27, 1978, in Kitsman, the western part of Ukraine. Lorak was raised by a single mother. She had to go through a very tough childhood. Lorak speaks Ukrainian as her native language. Lorak and her brothers had to go to a foster home at the age of 6. At a very young age, Lorak loved singing and started taking parts in different school singing competitions. She won the popular singing contest ‘Pervotsvit’ in 1992.

Lorak was noticed by her eventual producer Yuriy Falyosa at the Pervotsvit. Later, she signed her first professional contract at the age of 14. She named herself Ani Lorak in a contest at the television program “Morning Star” in March 1995 in Moscow, Russia. The reason was that there was already another Russian singer with the same name in the competition. Ani Lorak in the name Karolina read backwards. In 1995, Ani Lorak moved to Kiev. Lorak was already gaining popularity by then. Lorak’s popularity became global after she won the “Big Apple Music 1996 Competition” in New York, the U.S. The same year, She also won “Discovery of the Year” at the popular Ukrainian festival “Tavria Games” and also released her first album “I Want to Fly”. Lorak continued releasing her new songs in 1997. Two of her videos “The Model ” and “My God” were filmed for a soundtrack to the movie “The Right to Choose”. Lorak released her second album “I will be back” in 1998. Lorak started her extensive touring in the US, France, Germany, Hungary in 1999. She also performed in every major city of Ukraine. Lorak was honoured with the title, Honoured Artist of Ukraine in 1999.

In 2005, Lorak failed to be selected to perform at the Eurovision Song Contest. She suffered a controversial narrow defeat in the 2005 national pre-selection competition finishing second in the competition behind GreenJolly. Ukrainian television NTU announced that Ani Lorak would represent the country at Eurovision in Belgrade in 2008. They announced that the public and a jury would choose the song. Lorak performed five potential entries, in a special show on 23 February and the winner, chosen by both the public and by the Jury was “Shady Lady”. Lorak also recorded a Russian version of her Eurovision song “Shady Lady” with the title “S neva v Nebo”. Later, she travelled to Malta, Russia Bulgaria, Spain and Germany to perform her songs. Lorak finished second on at the Eurovision Song Contest 2008 in Belgrade. Dima Bilan came first. Lorak was named Best Artist at the contest from the media.

Lorak met Turkish Murat Nalcacioglu in Turkey during her vacation in 2003. Murat is a Turkish hotel manager and travel agent. The couple tied a knot to each other on August 21, 2009. Lorak announced her pregnancy at the end of November 2010 and gave birth to a beautiful daughter, Sophia on June 9, 2011. At present, Lorak and her family live in a house on the outskirts of Kiev, Ukraine. They also frequently travel to Turkey to his husband’s home country.
Lorak and her fiance, later husband opened the Angel Lounge, a restaurant that specializes in Mediterranean cuisine in Kiev in 2005. They also opened “Holiday Travel”, a Ukranian travel agency which is a sub-division of “Turtess Travel”. Murat works at Turtess Travel. Lorak became an Oriflame advert in 2010. She participated in several catalogues and developed her own new fragrance. It is called Chiffon by Ani Lorak.
Experts for the Ukrainian magazine Focus ranked Lorak 41st in a top 100 of “most influential women in Ukraine” in October 2009.

Lorak became UN Goodwill Ambassador in Ukraine for HIV/AIDS for the year 2004-2005. She is involved in lots of charitable activities. Lorak received a commendation from UNICEF and UN for assistance and help to HIV positive citizens of Ukraine. Lorak also received the St. Stanislav Order of the 4th degree and the Officers Cross “for strengthening the international authority for Ukraine, for the high professionalism, great creative achievements, charity and adherence to the ideals of chivalry” in 2005.

Ani Lorak is one of the richest singers in Ukraine. Besides singing, she is also an actress, entrepreneurship and involved in business with her husband. She earns enough through her singing. It is reported that she take a huge sum of money for any concerts she signs to perform. Ani Lorak’s net worth for 2018 is still under review. But it is estimated to be of approximately $24 million.

Our contents are created by fans, if you have any problems of Ani Lorak Net Worth, Salary, Relationship Status, Married Date, Age, Height, Ethnicity, Nationality, Weight, mail us at [email protected]