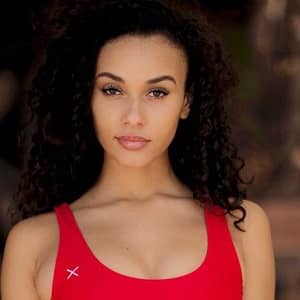 Breah Hicks is an American social media personality and model. She has over 541k followers on Instagram and more than 58.9k subscribers on Youtube.

Breah Hicks was born on December 24, 1998 in California, United States of America. As of 2021, her age is 22. There is no information about her parents. Moreover, she has not revealed anything about her siblings and other family members. She prefers to keep her personal life private.

Hicks attended the all-Christian High School in Los Angeles, California and graduated from there.

Breah Hicks is a social media personality and model who mainly rose to fame through Instagram. She first posted on Instagram in May 2016 which was a photo of herself in a bright red velvet dress. Following that, she posted many pictures of herself on her Instagram and started gaining more and more followers by day.

Currently, she is signed to ‘Scout Model Agency’ at the moment. Hicks also promotes many brands including ‘Rebellious Fashion’, ‘Fashion Nova’, etc. on her Instagram.

In addition to her fame on Instagram, she also has a YouTube channel. On her self-titled channel, she has around 59k subscribers. However, she is currently inactive on Youtube. Her last upload titled ‘HALLOWEEN 19’ was posted more than a year ago and that remains her last video. Her first-ever video on is titled, ‘3 Year Anniversary Vlog/  First Helicopter Ride’ which has over 171k views. Her most popular video on her channel is titled ‘VALENTINES DAY VLOG’ which has over 474k subscribers.

What is the Net Worth of Breah Hicks?

Breah Hicks has an estimated net worth in the region of $100k – $1 million as of 2021. She has not revealed her exact salary and net worth as of now. However, she earns a good amount of money from her career as a model and social media personality.

Who is Breah Hicks dating? Boyfriend

Breah Hicks is in a long-term relationship with Christian Combs. Christian is the son of the legendary rapper, Diddy or Sean Combs. He is also an actor famous for his works in ‘Dolce & Gabbana: Eyewear Campaign (Fall/Winter 18/19)’ (2018), ‘Making The Band’, and  ‘Teyana Taylor Feat. King Combs: How You Want It?’ (2019).

The couple started dating when they were in high school and have been together ever since then. She first met him at a football game through their mutual friend at the age of 15. They are in a serious relationship now and she is well associated with Christian’s family now.

Breah stands at a height of 5 feet 6 inches and weighs around 62 kg. She has not mentioned her body measurements for breasts, waist, and hips. However, from her pictures, we can see that she has a very well-maintained figure. She has dark brown eyes and black hair.

Our contents are created by fans, if you have any problems of Breah Hicks Net Worth, Salary, Relationship Status, Married Date, Age, Height, Ethnicity, Nationality, Weight, mail us at [email protected] 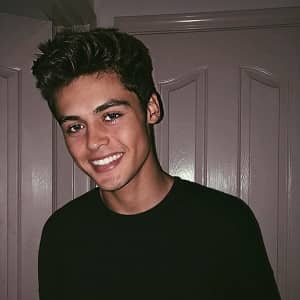 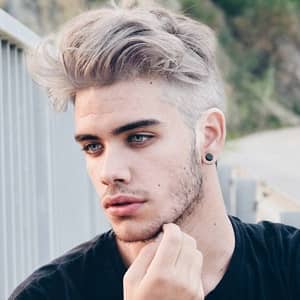