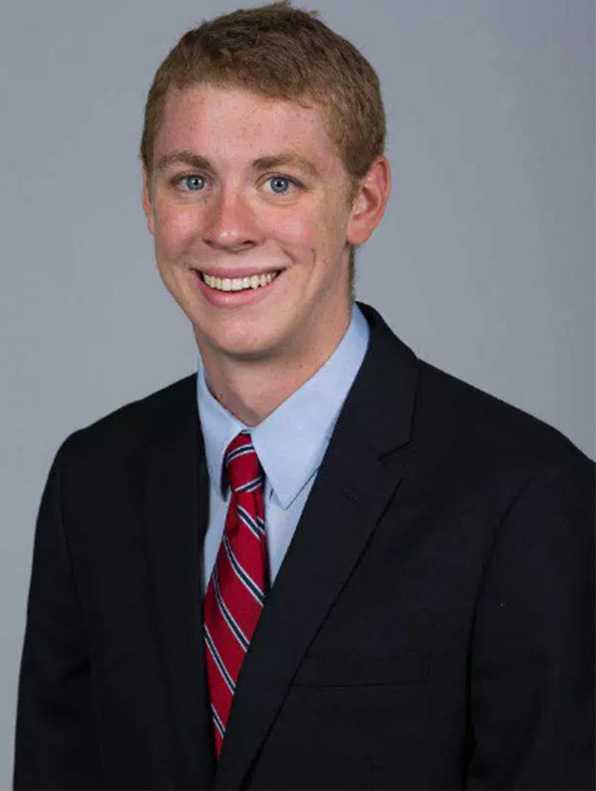 Brock Allen Turner, popularly known as Brock Turner is an American registered sex offender. He was found guilty of 3 counts of sexual assaults: assault with intent to rape an intoxicated woman, sexually penetrating an intoxicated person with a foreign object, and sexually penetrating an unconscious person with a foreign object in March 2016. He had sexually assaulted an intoxicated and unconscious 22-year old woman, referred to as “Emily Doe” on 18 January 2015. He was 19-years old when he committed the crime.

The victim, “Emily Doe” revealed her identity in September 2019.

What is Brock Turner Famous For?

Where was Brock Turner Born?

Brock Turner was born on 1 August 1995. His birth name is Brock Allen Turner. His birth place is in Dayton, Ohio in the United States. He holds American nationality. His father is Dan Turner.

He attended Oakwood High School, where he graduated in 2014. He was a three-time All-American swimmer while at high school. His swimming achievements secured him a swimming scholarship at Stanford University. He was a freshman at the University at the time of his arrest.

He was previously arrested in 2014 for possession of alcohol while under legal age.

Two Swedish graduate students, Peter Lars Jonsson, and Carl-Fredrik Arndt were cycling by the Kappa Alpha fraternity on the Stanford campus about 1:00 am on 18 January 2015. They spotted Turner on top of an unconscious woman behind a dumpster. Jonsson confronted Turner, “What the f**k are you doing? She’s unconscious woman”. Turner then fled away. Arndt went to determine whether the woman was breathing. Jonsson chased Turner at the same time. Jonsson tripped Turner and held him down around 75 feet away from the dumpster. Arndt also chased Turner and helped Jonsson to pin Turner down. A bystander at the dumpster called emergency services and campus police arrived and arrested Turner.

The victim woman was taken to the hospital, where she regained her consciousness at 4:15 am. The Sexual Assault Response Team examination at the hospital determined that she had experienced significant trauma (physical injury, bruising, etc), and penetrating trauma (piercing and cutting injuries). She was found to have abrasions and erythema on her skin.

Turner and the victim had attended a party at Kappa Alpha fraternity earlier in the night of 17 January 2015.

Turner withdrew from Stanford shortly after the incident. Stanford announced on 20 January that Turner had been banned from campus. He was also banned from ever participating in a competitive swimming event for the United States.

Turner was indicted on five charges on 28 January 2015. He was charged with two counts of rape, two counts of penetration, and one count of assault with intent to rape.

1. rape of an intoxicated person.

2. rape of an unconscious person.

3. sexual penetration (by a foreign object) of an unconscious woman.

4. sexual penetration (by a foreign object) of an intoxicated woman.

5. assault with intent to commit rape.

The two counts of rape were dropped at a preliminary hearing on 7 October 2015 after DNA testing revealed no genetic evidence of genital-to-genital contact. The People filed Motions in Limine And Witness List in March 2016, which outlined permissible Evidence guidelines for the trial.

The Trial began on 14 March 2016. Turner testified that he met the victim, (initially referred to as Emily Doe) at the Kappa Alpha house and they drank beer together. They danced and kissed at the party and agreed to go back to his room. They walked away from the house holding hands. The victim slipped on a slope behind a wooden shed and then Turner got down to the ground and started kissing the victim. Turner then asked if she wanted him to “finger” her, and she said yes. He stated that he then “fingered” her for a minute.

The Swedish students then saw Turner and confronted him. Turner denied running from graduate students. He also stated that he didn’t know what they were talking about.

Turner was found guilty of three felonies on 30 March 2016. He was found guilty of assault with intent to rape an intoxicated woman, sexually penetrating an intoxicating person with a foreign object, and sexually penetrating an unconscious person with a foreign object. Prosecutors recommended that Turner be given a six-year prison sentence. However, Judge Aaron Persky sentenced Turner to six months in the Santa Clara County jail on 2 June 2016, followed by three years of probation. He was released on 2 September 2016 after serving three months in jail. He was obligated to participate in a sex offender rehabilitation program.

The judge Persky faced widespread public criticism for his sentencing to Turner. Prosecutors and victims’ rights advocates criticized Judge Persky’s sentencing as lenient and biased. Turner’s prior clean record made him a candidate for minimum sentencing.

The Committee to Recall Judge Persky was led by Michele Dauber, professor of the Stanford Law School and longtime advocate on campus sexual assault. Online petitions to remove Persky as the Judge attracted over a million signatures by 10 June 2016. They demanded Judge Persky’s recall or resignation.

Turner appealed to overturn his conviction in December 2017 that his lifetime requirement to register as a sex offender should be canceled. He lost his appeal on 8 August 2018.

Emily Doe from the case revealed her identity in September 2019. Her real identity is Chanel Miller. She announced that she has been working on a book, Know My Name: A Memoir. The book is scheduled to release on 24 September 2019. She discusses her experience of the assault, trial, and the aftermath in her memoir.

Our contents are created by fans, if you have any problems of Brock Turner Net Worth, Salary, Relationship Status, Married Date, Age, Height, Ethnicity, Nationality, Weight, mail us at [email protected]