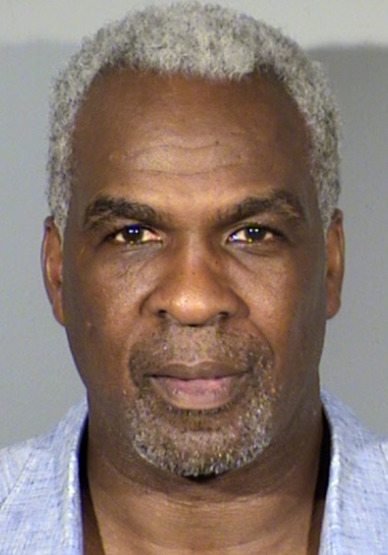 An American former professional basketball player is named for Charles Oakley. Moreover, he is also a basketball coach and entrepreneur. Previously, he has played for National Basketball Association’s Chicago Bulls, New York Knicks, Toronto Raptors, Washington Wizards, and Houston Rockets. His playing position was a power forward. He was named in the NBA All-Rookie First Team (1986), the NBA All-Defensive First Team (1994), the NBA All-Star Team (1994), and the NBA All-Defensive Second Team (1998). Since 2017, he has been the coach of the Killer 3’s of the BIG3. His performances had led him to be picked in the 1st round of the 1985 NBA draft by the Cleveland Cavaliers. However, his draft rights were later traded to the Chicago Bulls. During the 1994 NBA season, representing the New York Knicks, he had started every regular season and playoff game for the team creating a record for ‘Most Starts (107) in a Single NBA Season’. He played by wearing jersey/shirt number of 34 for Chicago Bulls, New York Knicks, Toronto Raptors, Washington Wizards, and 33 for Houston Rockets. As an entrepreneur, post-retirement, he had started several commercial ventures including Hair Solutions and Nails EtCetera in Cleveland; Oakley’s (car wash, oil change, and detail centers) in Brooklyn and Yonkers, New York; Oakley’s Wash House (car wash and laundromat) in Cleveland; and Red, The Steakhouse (restaurants) in Cleveland and Miami. In September 2016, a section of Deering Street in Cleveland was named the ‘Charles Oakley Way’ to honor him. He was given the nickname, “Oak Tree”, for his rugged demeanor and no-nonsense attitude.

‘Dancing With the Stars’: Charles Oakley and Emma Slater Became The First Pair For Elimination

Charles Oakley is saying goodbye to Dancing With the Stars after only two weeks in the competition. The NBA star, 56, appeared on Good Morning America Wednesday alongside his dance partner, Emma Slater, and shared that though they were the first pair to go, they “put up a fight.” Charles Oakley and his partner, Emma Slater, were the first pair to be eliminated on Dancing With The Stars Season 29. He is reflecting on his elimination from Dancing With the Stars last night. Slater said working with Oakley was “fabulous”, and shared that she would miss rehearsals with him. “Our rehearsals go so fast because he’s always early,” she said. “Everything I say he never questions. He’s so positive and so optimistic and that’s what I love about him. He kind of reinforces that in me, so I had the best season.”

What is the Birthplace of Charles Oakley?

On 18th December 1963, Charles Oakley was born in Cleveland, Ohio, the USA. He is American by nationality and his ethnicity is African-American. Sagittarius is his Zodiac sign and his race is Black. He is Christian by religion. He was born to his parents; Charles Oakley II (father) and Corine Oakley (mother). He also has five siblings; Curtis Oakley (Brother), Yvonne Moss (Sister), Carolyn Felders (Sister), Diane Oakley (Sister), Saralene Oakley (Sister). As per his education, he had attended the John Hay High School, a public school in his hometown of Cleveland. He had then joined the Virginia Union University, a private historically black university in Richmond, Virginia, in 1981. He had graduated from there in 1985. Talking about his present residence, he splits his time between New York, United States, and Cleveland, Cuyahoga County, Ohio, United States. As of 2019, he celebrated his 56th birthday.

Charles Oakley started playing basketball since his high school where he led Virginia Union to the 1985 CIAA championship in 1984-1985 as a senior.

Later, he was drafted with the 9th overall pick in the 1985 NBA draft by the Cleveland Cavaliers, but his draft rights were traded to the Chicago Bulls.

Then, he was selected as a part of the NBA All-Rookie First Team in 1986.

The Bulls traded him to the New York Knicks for 7’1″ center Bill Cartwright.

He was then traded by New York to the Toronto Raptors for blossoming star Marcus Camby in the year 1998.

He was again traded by the Toronto Raptors with a 2002 2nd-round pick to the Chicago Bulls for Brian Skinner in the year 2001.

He signed as a free agent with the Washington Wizards in the year 2002.

For the team, he only played 7 games, in which he averaged 1.3 points per game, 0.7 rebounds per game, and 0.3 assists per game. At the end of the season, he retired from the NBA.

He was inducted into the CIAA Hall of Fame in 2005 after his career at Virginia Union University.

He was inducted into the Virginia Sports Hall of Fame and Museum in honor of his 19-year professional basketball career. The induction ceremony was held on 30th April 2016.

How was Charles Oakley’s life after his Retirement?

After the retirement of Charles, he was hired as an assistant coach for the Charlotte Bobcats under then-head coach Paul Silas on 26th December 2010 but he left that position on 1st December 2011 after experiencing health issues with back pain, during the 2010-2011 season.

Awards and Achievements of Charles Oakley

Who is Charles Oakley married to?

Charles Oakley is a married man. He married his beautiful wife, Angela Reed on 30th July 2016. By profession, Angela Reed is a businesswoman and financial consultant. The duo is living a happy life as of now without any kind of disturbances. His sexual orientation is straight and he is not gay. More details about his personal life are still to get disclosed yet.

Talking about his past relationship, he was in a love affair with Nefertini Rasool. Not only this, but he also has a daughter named Ahmauri Anderson from an unnamed relationship.

Scratching the personal life of Charles Oakley in-depth, he was involved in an altercation at Madison Square Garden as the Knicks faced the visiting Los Angeles Clippers on 8th February 2017. He was ejected from the arena after he is alleged to have yelled at James L. Dolan, the Executive Chairman of Madison Square Garden and MSG Networks, and refused to stop, an allegation he denies as per the Knicks. He was charged with three counts of misdemeanor assault and criminal trespassing as there were also accounts of him hitting a security guard in his face and shoving another guard before being dragged away from the game and handcuffed. In a statement, the Knicks stated that Oakley “came to the game tonight and behaved in a highly inappropriate and completely abusive manner. He was ejected and was then arrested by the New York City Police Department.” On 13th February 2017, NBA legend Michael Jordan and NBA commissioner Adam Silver met with both Dolan and Oakley at NBA headquarters. Oakley and Dolan both apologized for the fallout and both were currently negotiating a truce. On 12th September 2017, it was reported that he was filing a civil lawsuit over the incident.

What is the Net Worth of Charles Oakley?

Charles Oakley is a successful and talented former basketball player who has made a huge amount of money. After his career in basketball, he became the coach of the Killer 3’s of the BIG3. As of 2020, the net worth of Charles Oakley is estimated to have $12 Million. Altogether, he has made $42 Million throughout his career from basketball. Whereas the details about his salary is still to get unfold yet. But there is no doubt in the mind of his followers that he is making a good amount of money from his career. He is enjoying a luxurious lifestyle from his earnings. His wеаlth іѕ аlѕо оwеd tо thе соmmеrсіаl еntеrрrіѕеѕ оwnеd bу hіm. Thе соmраnіеѕ оwnеd раrtіаllу оr fullу bу Оаklеу аrе “Наіr Ѕоlutіоnѕ аnd Nаіlѕ ЕtСеtеrа”, “Оаklеу’ѕ”, “Оаklеу’ѕ wаѕh hоuѕе”, аnd “Rеd, thе Ѕtеаkhоuѕе”.

How tall is Charles Oakley?

Athletic bodybuilder, Charles Oakley stands tall at the height of 6 ft 8 in or 203 cm with a bodyweight of 102 Kg or 225 lbs. His hair color is gray and his eye color is dark brown. He has got a toned physique, short-cropped hair with a towering frame. He has got an affable smile attracting a lot of people towards him. Overall, he has got a healthy body with good health. He maintains his body a lot.

Our contents are created by fans, if you have any problems of Charles Oakley Net Worth, Salary, Relationship Status, Married Date, Age, Height, Ethnicity, Nationality, Weight, mail us at [email protected]