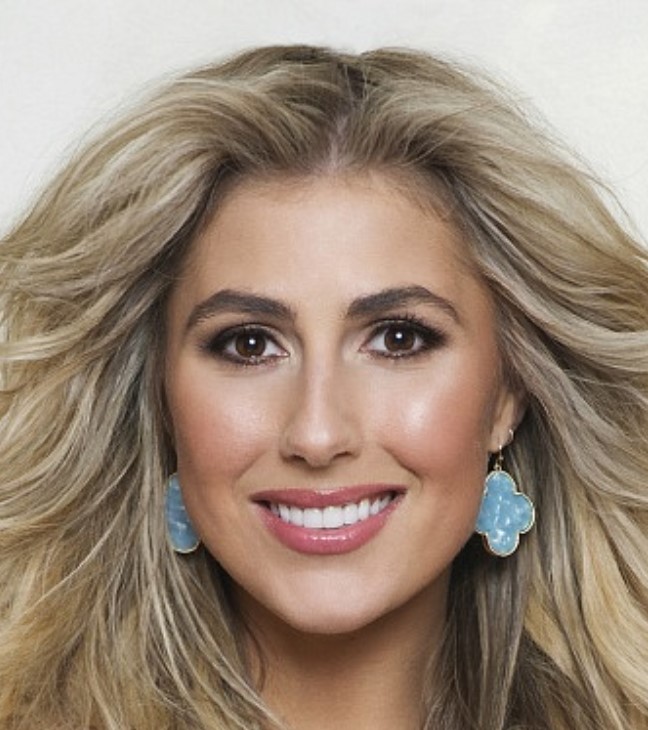 Emma Slater is a British professional dancer and choreographer. She is best known for her appearances in the American dance reality show, ‘Dancing with the Stars’. She has been with the show since 2012 during its 14th season.  Besides season 22, she has been a regular participant in the show. She has partnered with several famous celebrities including Bill Engvall, Billy Dee Williams, Michael Waltrip, Redfoo, Hayes Grier, Drew Scott, and Rick Perry.

Recently in the 29th seasons of the show, DWTS she partnered with former NBA player Charles Oakley but they were the first couple to be eliminated and finished in 15th place.

She is also active in social media platforms with around 730k followers on Instagram @theemmaslater and around 147.8k followers on Twitter @EmmaSlaterDance.

What is Emma Slater famous for?

Her appearances in the American dance reality show, Dancing with the Stars.

Where was Emma Slater born?

Emma Slater was born on December 25, 1988, in Tamworth, Staffordshire, England. Her birth name is Emma Louise Slater. She was born to father, Robin Slater. However, her mother’s name is unknown. She has a twin sister named Kelly Slater, who works as a stylist and costume designer for the show, ‘Dancing with the Stars’.

She holds a British nationality and belongs to White ethnicity. Her zodiac sign is Capricorn. However, her religious belief is not known.

Regarding her education, she enrolled at Novelli Stage School to learn ballet when she was 4 years old. She has also attended Rawlett Community Sports College in Tamworth, Staffordshire.

Emma Slater started competing in Latin American and Ballroom dancing at the age of 10.

She appeared in a George Michael music video, Round Here at age of 15.  She also appeared in the fitness video, Latinasize in 2004.

In 2005, at just sixteen years old, she participated in the stage show, ‘Simply Ballroom’, and toured the United Kingdom, the United Arab Emirates, and South Africa with the production.

She has also represented England at all levels of dancing competitions and was ranked in the world’s Top 20. She also won the 2006 United Kingdom Under 21 Latin American Championships in Bournemouth, England.

In 2007, she was featured in Universal Pictures’ big-screen adaptation of the hit stage musical ‘Mamma Mia!’ in which she starred with Meryl Streep, Pierce Brosnan, and Colin Firth. She has also appeared on the film’s Grammy-winning soundtrack.

The same year, she joined the cast of Dirty Dancing at the Aldwych Theatre in London’s West End, directed by James Powell. She also understudied and performed the principal role of Lisa Houseman.

Later, she also performed in the shows Cheek to Cheek at The Coliseum and Latin Fever at The Peacock Theatre.

In 2009, she joined another stage show, ‘Burn the Floor’, and starred in the show’s Broadway incarnation at the Longacre Theatre, New York City. With this show, she toured various places including Australia, Japan, South Korea, Canada, New Zealand, the United States of America, Belgium, and Holland.

In March 2012, she joined the 14th season on the American edition of the dance reality show, ‘Dancing with the Stars’ as a troupe dancer. At the show, she danced and choreographed all the opening dance numbers, and also the finale.

The same year, she choreographed Usher at the ‘2012Billboard Music Awards’ in Las Vegas including partner work with co-choreographer and also troupe member, Sasha Farber.

In September 2013, she progressed from a troupe member to a new female professional dancer for the 17th season of the ‘Dancing with the Stars’ and her celebrity partner was award-winning comedian, singer, and actor, Bill Engvall. The pair reached the final round and achieved the 4th place on that season.

She returned as a professional dancer partnered with movie actor Billy Dee Williams in season 18 at DWTS. However, they withdrew from the competition on Week 3 due to a back injury on Billy Dee.

She was paired with race-car driver Michael Waltrip in season 18 at DWTS and they finished in 7th place.

She paired with LMFAO singer Redfoo in season 20 at DWTS but they were eliminated on week 2.

She paired with Vine star Hayes Grier in season 21 at DWTS but they were eliminated on Week 7 and finished in 8th place.

Who is Emma Slater married to?

Emma Slater is a married woman. She married to Australian professional dancer Sasha Farber. The couple dated each other from 2011 to 2014 but due to some reason, they separated in 2014. Eventually, Farber disclosed on social media that they were back together in 2015 and also proposed Slater on October 4, 2016, during an episode of ‘Dancing with the Stars.

The couple got engaged in 2017 and finally, got married at Bella Blanca in Los Angles on March 25, 2018. They haven’t any children yet.

How tall is Emma Slater?

Emma Slater is a beautiful woman in her early 30s. She has an attractive banana shaped body. Her body build is athletic. She stands at a height of 1.65m (5 feet and 5 inches) tall and her body weight is around 54kg (119 lbs.). Her body measurements are 34-26-34 inches. She wears a bra size of 32B and a shoe size of 7.5 (US). Her dress size is 6(US). She has a fair complexion with Blonde hair and a pair of beautiful Dark Brown eyes. Her sexual orientation is Straight.

What is the net worth of Emma Slater?

Our contents are created by fans, if you have any problems of Emma Slater Net Worth, Salary, Relationship Status, Married Date, Age, Height, Ethnicity, Nationality, Weight, mail us at [email protected]