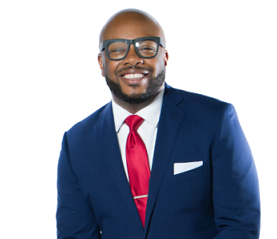 Dennis McKinley is a well-known American businessman slash entrepreneurs. Dennis McKinley studied economics and business administration in college to become a businessman. Today he is the owner of Detroit Equilites and the current CEO of QueenVirginRemy.com.  The 37-year old businessman has risen into more limelight following the rumor about his relationship with ‘Real Housewives Of Atlanta’ Star Porsha Williams. It has come a long way since then. His girlfriend revealed on September 19 that they are expecting a child. Two weeks later, They are engaged.  ‘Real Housewives Of Atlanta’ Star Porsha Williams Sparks Engagement Rumors.

Who is Porsha Williams Engaged to?

Just two weeks earlier on September 19, the RHOA star, Porsha Williams announced that she is expecting her first child with her boyfriend, Dennis Mckinley, an Atlanta businessman. She has given a series of great news for her fans one after another. The 37-year old Porsha revealed her engagement with her boyfriend Dennis on Instagram. She felt no shy to display an enormous diamond ring on her finger through an Instagram picture. She told her fans: “Feed off of good energy or bad energy will feed on you!”. Six years after Porsha suffered a miscarriage, it has become the happiest moments in Porsha’s life.

Dennis and Porsha were spotted holding hands while leaving the Leon Diamond jewelry store in New York City when a TMZ cameraman asked whether there was a wedding in her future. The “RHOA” star has reportedly been doing her best to keep her relationship with Dennis, who is an Atlanta businessman, under wraps. While she has not posted photos of her new beau, she has used the hashtag #DM on several Instagram posts and is following him on the mobile app.

37 -Years old Dennis McKinley was born on July 25, 1981, in Detroit, Michigan, United States. His birth sign is Leo. His nationality is American. He has not spoken about his parent’s details. Thus, information about his parents is still unknown to the public. Regarding his education, he attended Oakland Community College. He graduated in arts degree in business administration and general management in 2000. He then attended the University of Michigan and graduated Bachelor of arts in economics.

What Does Porsha Williams Fiance  Dennis Mckinley do?

Dennis Mckinley is a genuine business person. He is a successful entrepreneur who helps small start-ups build strong brands and increase their revenue.

Who is Porsha Williams Married to?

Dennis is not married yet but he is in a relationship with Porsha Williams. They are living a very happy life and there is no sign of separation between them. In the future, they are planning to get married.

Dennis has got a sexy body figure. His attractive body helps him to gain a lot of his followers. He also has a charming smile on his lips. Talking about his height, he stands 188 cm tall. His balanced weight is of 113 Kg. The 37-year old has appeared into more limelight after he started dating the RHOA star, Porsha Williams.

What is Dennis Mckinley Net Worth?

The 37-year old Dennis Mckinley is a genuine business person. He has accumulated lots of money via business. His net worth is estimated at $5 Million as of 2018 and he is earning a good amount of profit. He is the owner of Detroit Equilites and the current CEO of QueenVirginRemy.com. He is a successful entrepreneur who helps small start-ups build strong brands and increase their revenue. His website says that he runs 11 successful business in e-commerce, real estate, hospitality, leadership, retail, licensing and business & product development. He is satisfied with his earning. His salary is still to get unfold and will be updated soon. His primary source of income is business he is involved at.

Our contents are created by fans, if you have any problems of Dennis McKinley Net Worth, Salary, Relationship Status, Married Date, Age, Height, Ethnicity, Nationality, Weight, mail us at [email protected]