Eddie Money was an American singer, songwriter, and multi-instrumentalist. 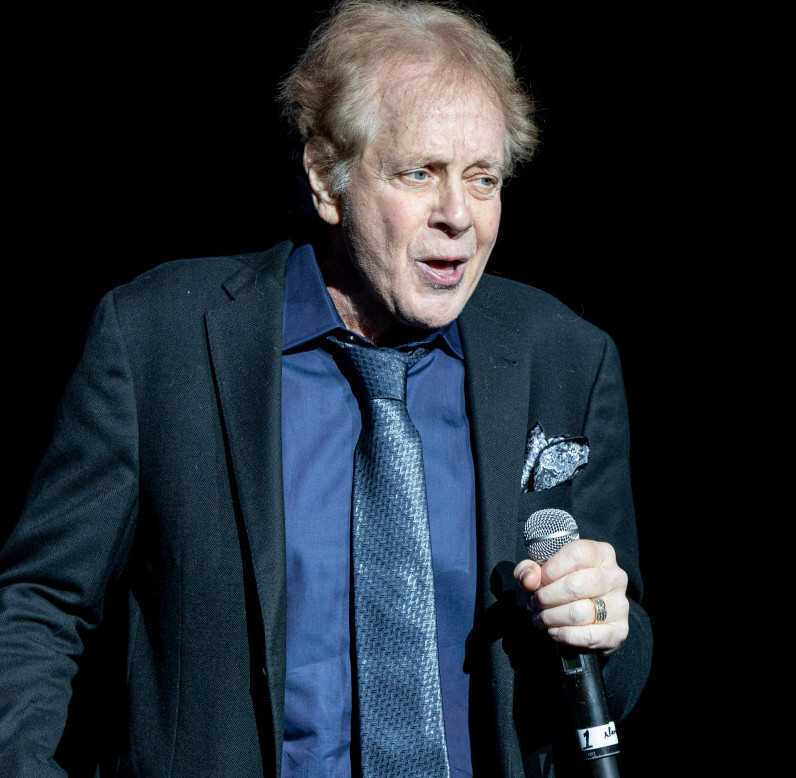 Edward Joseph Mahoney, popularly known as Eddie Money was an American singer, songwriter, and multi-instrumentalist. He achieved musical success through the 1070s and 1980s. His best-known singles are “Baby Hold On”, “Two Tickets to Paradise”, “Maybe I’m a Fool”, “Think I’m In Love”, “Shakin'”, “Take Me Home Tonight”, “I Wanna Go Back”, “Walk on Water”, “The Love in Your Eyes”, and “Peace in Our Time”. He died of complications from esophageal cancer on 13 September 2019. He died at the age of 70.

Eddie Money revealed in August 2019 that he has been diagnosed with stage 4 esophageal cancer, a long-time smoker, who struggled through addiction spoke about his health condition. He died at the age of 70 due to complications from esophageal cancer on 13 September 2019.

What is Eddie Money Famous For?

How Old is Eddie Money?

Eddie Money was born on 21 March 1949. His birth name is Edward Joseph Mahoney. His birth place is in New York City, New York in the United States. He holds American nationality. He was born to a father, Daniel P. Mahoney, and a mother, Dorothy Mahoney. Coming from police background in the family, he also pursued his career in the police. However, he ended his law enforcement career following his keen interest in music.

He moved to Berkeley, California.

He then secured a recording contract with Columbia Records.

He started gaining success through the 1970s.

His career began to decline after his 1983 unsuccessful album.

His musical career declined due to his drug addiction struggles as well.

He made a comeback in 1986 with the album Can’t Hold Back.

He has traditionally opened the summer concert season for DTE Energy Music Theatre in Michigan since 1992.

He has made several appearances on television sitcoms.

He starred in the reality television series about him and his family, Real Money in 2018.

He has also written and performed original songs for several films including Americathon, Over the Top, Back to the Beach, and Kuffs.

He has also written and performed songs for television series, Hardball.

Who is Eddie Money Married to?

Eddie Money is a married man. He is married to Laurie. The couple got married in 1989. They have 5 children together, Zachary, Jessica, Joseph, Julian, and Desmond.

He struggled through addiction in his career. He joined a 12-step program in 2001 and overcame his addiction. He has been a long-time smoker. He revealed in August 2019 that he has been diagnosed with stage 4 esophageal cancer.

What are Eddie Money Body Measurements?

Eddie Money stands at a height of 1.8 m tall. He has a body weight of 68 kg. He has an average body build.

What is Eddie Money Net Worth?

Eddie Money earns from his musical career. He has given numerous hit albums and singles in his long career. Besides music, he has also appeared in several television sitcoms, series, reality series, and commercials. His net worth is estimated at $15 million.

Our contents are created by fans, if you have any problems of Eddie Money Net Worth, Salary, Relationship Status, Married Date, Age, Height, Ethnicity, Nationality, Weight, mail us at [email protected]