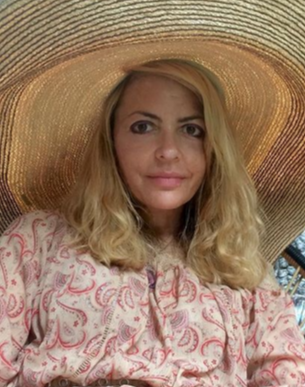 After prolonged battling against cancer, Elizabeth Wurtzel is resting in peace in Heaven. She was the American author who rose into prominence for her best-selling 1994 memoir Prozac Nation. She even wrote the book title, Bitch and More, Now, Again, which is full of many contradictions, bizarre digressions, and irrational outbursts. Let’s know more about her through this article.

What does Elizabeth Wurtzel have a reputation for?

A writer, journalist, and lawyer from the United States.

Who is Elizabeth Wurtzel and where did she come from?

Elizabeth Lee Wurtzel was born in the year 1967 to a Jewish family in New York City, New York. Lynne Winters and Donald Wurtzel, her parents, divorced when she was a child. Her mother works in the media as a consultant. She is of mixed race and is of American nationality. Her zodiac sign is also Leo.

What school did Elizabeth Wurtzel attend?

In terms of her schooling, Elizabeth graduated from a high school in New York City. After that, she won the Rolling Stone College Journalism Award after graduating from Harvard College.

How did Elizabeth Wurtzel get her start as a writer?

Elizabeth began her career as an intern at the Dallas Morning News, where she was fired for fabricating quotes in an unpublished story.

She then began contributing to The Wall Street Journal. She also argued in an article for The Guardian about the ferocity with which Europeans opposed Israel’s actions during the 2008-2009 Gaza war.

She published an article in Elle magazine in 2009 about social stresses linked to aging. Not only that, but her first book, Prozac Nation: Young and Depressed in America: A Memoir, was published in 1994.

In 1998, she published Bitch: In Praise of Difficult Women, a follow-up to her best-selling first novel. More, Now, Again: A Memoir of Addiction, Creatocracy: How the Constitution Invented Hollywood, and The Secret of Life: Commonsense Advice for Uncommon Women are among her other works.

She wrote a New York Magazine article in early 2013 lamenting her unorthodox life choices, including drug use and spending a large portion of a lucrative publisher advance on a pricey Birkin bag, as well as her inability to marry, start a family, buy a home, save money, or save for retirement.

She released Creatocracy, a short novel, in January 2015 through Thought Catalog’s publishing imprint, TC Books. It’s based on the intellectual property law thesis she wrote after graduating from Yale Law School.

Who is Elizabeth Wurtzel’s husband?

Elizabeth was a married woman, as she reflected on her personal life. In May 2015, she took her oath in front of her beloved husband, James Freed. In October 2013, the two met at an addiction-themed reading. Then, in September of 2014, they got engaged. They had “separated,” she had said before her death.

What happened to Elizabeth Wurtzel, and why did she die?

Elizabeth Wurtzel, author of the best-selling book Prozac Country, died at the age of 52 after a long battle with breast cancer. Her death was caused by Leptomeningeal disease, a complication of metastatic breast cancer. Her husband, Jim Freed, announced her death on Tuesday, January 7th, 2020 in Manhattan.

Despite this, the media has paid little attention to her funeral. However, a member of her family would soon announce the date and location of her funeral. Stay tuned for more details!

What is Elizabeth Wurtzel’s estimated net worth?

Elizabeth makes a good living in the media industry as an author, journalist, and lawyer. Her current net worth is estimated to be $200 thousand, according to some online sources. Her pay, however, has yet to be revealed.

What is Elizabeth Wurtzel’s height?

Elizabeth was of average height and weight prior to her death. Her eyes are purple, and she has blonde hair. Aside from that, little else about her body has been revealed. We will notify you if any information is made public.

Our contents are created by fans, if you have any problems of Elizabeth Wurtzel Net Worth, Salary, Relationship Status, Married Date, Age, Height, Ethnicity, Nationality, Weight, mail us at [email protected]