Faye Hadley is an American automotive technician, teacher, and entrepreneur. She is the cast member of a female-oriented television show, All Girls Garage. 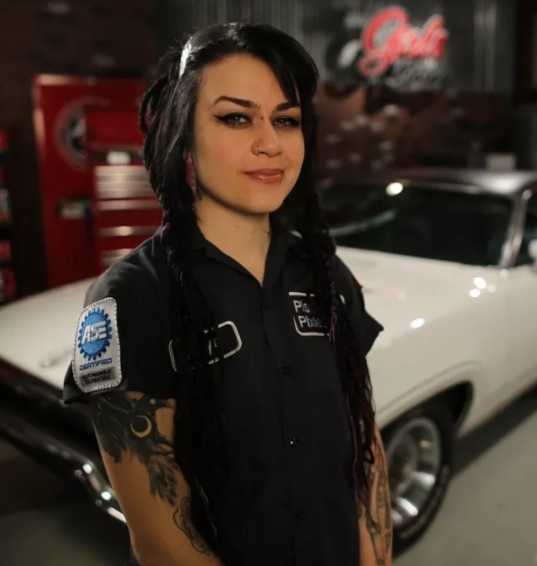 Faye Hadley is an American automotive technician, teacher, and entrepreneur. She is the cast member of a female-oriented television show, All Girls Garage. She is also the owner of Piston & PixieDust (mobile automotive repair and education by women, for women). She has also founded an organization of tradeswomen, #WomanAndMachine.

What is Faye Hadley Famous For?

Where is Faye Hadley From?

Faye Hadley was born on 25 September 1986. Her birthplace is in the United States. She holds an American nationality. Her father has a Ph.D. from MIT. Under the influence of her father’s educational qualification, she was also one of the brilliant students during her high school and college education years.

Her interest in vehicles and machinery grew during her upbringing.

While in college, she once bought a Volkswagen GTI and went on a road trip in 2007. After returning from the trip, she resumed school. Her engine blew up. She couldn’t afford its repair. She then got an unpaid internship at a Volkswagen garage, where she learned to repair engines. She also swept floors and emptied the oil drain containers there.

She was accepted to Harvard University. She graduated with a degree in psychology from Harvard in 2010.

After receiving her degree in Psychology, she started working as a therapist. However, she was not satisfied with the profession she chose as her career.

She then moved to Portland to pursue her dreams.

Hadley eventually got an unpaid internship at a garage. She also took several classes at the local community college.

She then got a job at a Toyota dealership. She used her time there to learn new things.

She received several certifications from Toyota.

Hadley then accepted the job offer to work in another garage that specializes in older vehicles.

She also teaches a series of popular, hands-on workshops for women. Her classes include subjects ranging from “how to buy and sell a car and not get screwed” to engine building basics.

Who is Faye Hadley Married to?

Faye Hadley is a married woman. She is married to her best friend and a wood artist, Brandon Hadley. They started dating in 2015. The couple tied a knot to each other on Faye’s birthday on 25 September 2016.

What are Faye Hadley Body Measurements?

Her body measurements are currently unavailable. It will be updated soon. She has dark brown eyes and her hair color is black. She has several tattoos on her body.

What is Faye Hadley Net Worth?

Faye Hadley mostly earns from her mechanic career in the automobile industry. She has successfully established a mobile automotive repair and education company, Pixie & PixieDust. Her net worth is estimated at $65,000.

Our contents are created by fans, if you have any problems of Faye Hadley Net Worth, Salary, Relationship Status, Married Date, Age, Height, Ethnicity, Nationality, Weight, mail us at [email protected]