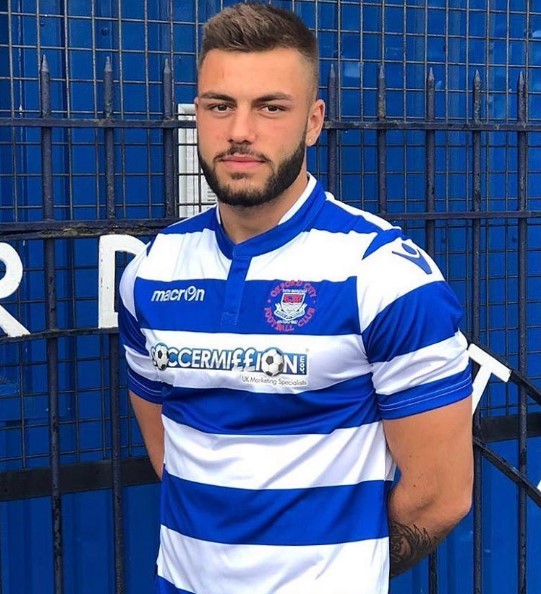 Finn Tapp is an English television personality and former professional association footballer. Tapp was a semi-professional football player for the non-league club, “Oxford City”. He is popularly known as the winner of the sixth season of the ITV2 reality series, “Love Island” along with his partner, Paige Turley.

What is Finn Tapp Famous for?

Where is Finn Tapp From?

Finn Tapp was born on November 9, 1999, in Milton Keynes, England. His birth name is Finely Tapp. His nationality is British. Tapp belongs to White ethnicity while Scorpio is his zodiac sign.

Tapp had an interest in sports since his childhood. He joined Milton Keynes Dons’ academy at the age of 8 to get training in football.

Finn Tapp began his professional career playing his team’s first “EFL Trophy” group stage fixture as a substitute academy player, against Norwich City on Movember 10, 2016. Tapp scored in the 84th-minute of the match after he joined the team on the pitch in 76th minute.

On May 17, 2018, Tapp was signed professionally by the Milton Keynes Dons Football Club, for a one-year deal. On August 28, 2018, he made his professional debut for the club as a substitute.

On July 19, 2019, after he went through a successful trial, Tapp joined National League South club, “Oxford City”. He was in the club until January 2020, when he went to participate in the reality show, “Love Island” without the permission of the Oxford City club. He was called out to have done a breach of contract by the club’s commercial director.

In January 2020, he entered the dating show, “Love Island” on its day 5, where he got connected to fellow contestant, Paige Turley. Turley and Tapp won the title of “Love Island” on February 23, 2020, with the highest votes of the public.

Who is Finn Tapp Dating?

Finn Tapp is currently in a relationship with beautiful Paige Turley. Turley is a reality television personality with whom Tapp met on the set of “Love Island”. They began dating on the show and eventually turned out to be the first official couple on the show. Later, on February 23, 2020, they were crowned the winning title of the sixth season of “Love Island”.

Tapp entered the villa of the show on Day 5 in January 2020, without permission from his current club, “Oxford City”.

How Much Does Finn Tapp Earn?

The 20 years old Finn Tapp has been involved officially in his professional career now for 2 years, as a footballer. Tapp must have good earnings from his career as a footballer.

How Tall is Finn Tapp?

Finn Tapp is a handsome man in his early 20s. Tapp has a well maintained athletic body physique. He has quite a great personality as a sportsman. He stands tall with a height of 6ft. 1inch.(1.85 m). He has black hair and brown eyes.

Our contents are created by fans, if you have any problems of Finn Tapp Net Worth, Salary, Relationship Status, Married Date, Age, Height, Ethnicity, Nationality, Weight, mail us at [email protected]