Gio Urshela is a Colombian professional baseball player who currently plays as a third baseman for the New York Yankees of Major League Baseball(MLB). He made his MLB debut in 2015 with Cleveland Indians. 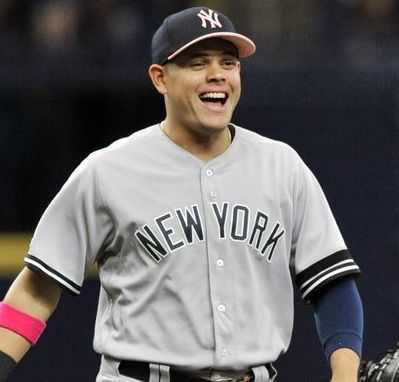 Gio Urshela is a Colombian professional baseball player who currently plays as a third baseman for the New York Yankees of Major League Baseball(MLB). He made his MLB debut in 2015 with Cleveland Indians. Previously, he also played for the Toronto Blue Jays, Dominican Summer League Indians, and the Arizona League Indians.

What is Gio Urshela famous for?

Recently on 8th August 2019, Gio Urshela hit two homers in a 12-6 win against Toronto Blue Jays in Major League Baseball(MLB). In 2019, he has hit 16 homers for the Yankees including four in the last two days. He has become the first Yankee to have back to back multi-home runs games since Aaron Judge in 2019. He also became the first Yankee to hit five home runs in a three-game span. He also credited Class AAA Scranton/Wilkes-Barre hitting coach Phil Plantier for helping him to get the best out of him during last year’s second half. Boone said “He’s been a great player for us all the way around.’’ “It’s a tribute to him, his talent, and his ability to make adjustments.’’ Gio Urshela has taken the position of the third baseman in the Yankees from Miguel Andujar due to his awesome performances in 2019. Miguel Andujar had season-ending surgery on May 20 to repair a torn labrum in his throwing shoulder which helped Urshela to play in that position. But, Miguel is not physically fit yet. So, Miguel to be in the Yankees lineup as it’s the third baseman is too hard in this or coming season and is also supposed to change the position or be traded from Yankees.

When was Gio Urshela born?

Gio Urshela was born on 11th October 1991 in Cartegena, Colombia. His birth name is Giovanny Urshela. Colombian is his nationality. His ethnicity is mixed. Libra is his zodiac sign.

He was born into a middle-class family. He has no siblings. He was raised in his hometown, Cartegena. He started playing baseball since he was 10. He did his schooling at Nueva Lengua Cartegena High School. Later, he attended the University of Cartagena.

He played college baseball for his college team. He also played in different minor baseball leagues in Colombia.

How is Gio Urshela’s career?

Who is Gio Urshela married to?

The Colombian baseball player, Gio Urshela is not married and is not in any relationship at present. He seems to be focusing more on his career than his personal life. At present, he lives in New York City, New York. He also donates some of his income to the orphanage.

What is the net worth of Gio Urshela?

The Colombian baseball player, Gio Urshela earns a good amount of money from his profession. He has an estimated net worth of $1.5 million US Dollars as of 2019. His worth includes all his property and his present earnings. In 2018, he signed a one year deal with Yankees on $500,000 Us Dollars.

How tall is Gio Urshela?

27 years aged, Gio Urshela has an athletic body. He stands with a height of 5ft 7inches(1.7m) and has a bodyweight of 72kg. He has a fair complexion with brown hair and black eyes. He has a huge number of fans on his social media accounts.

Our contents are created by fans, if you have any problems of Gio Urshela Net Worth, Salary, Relationship Status, Married Date, Age, Height, Ethnicity, Nationality, Weight, mail us at [email protected]