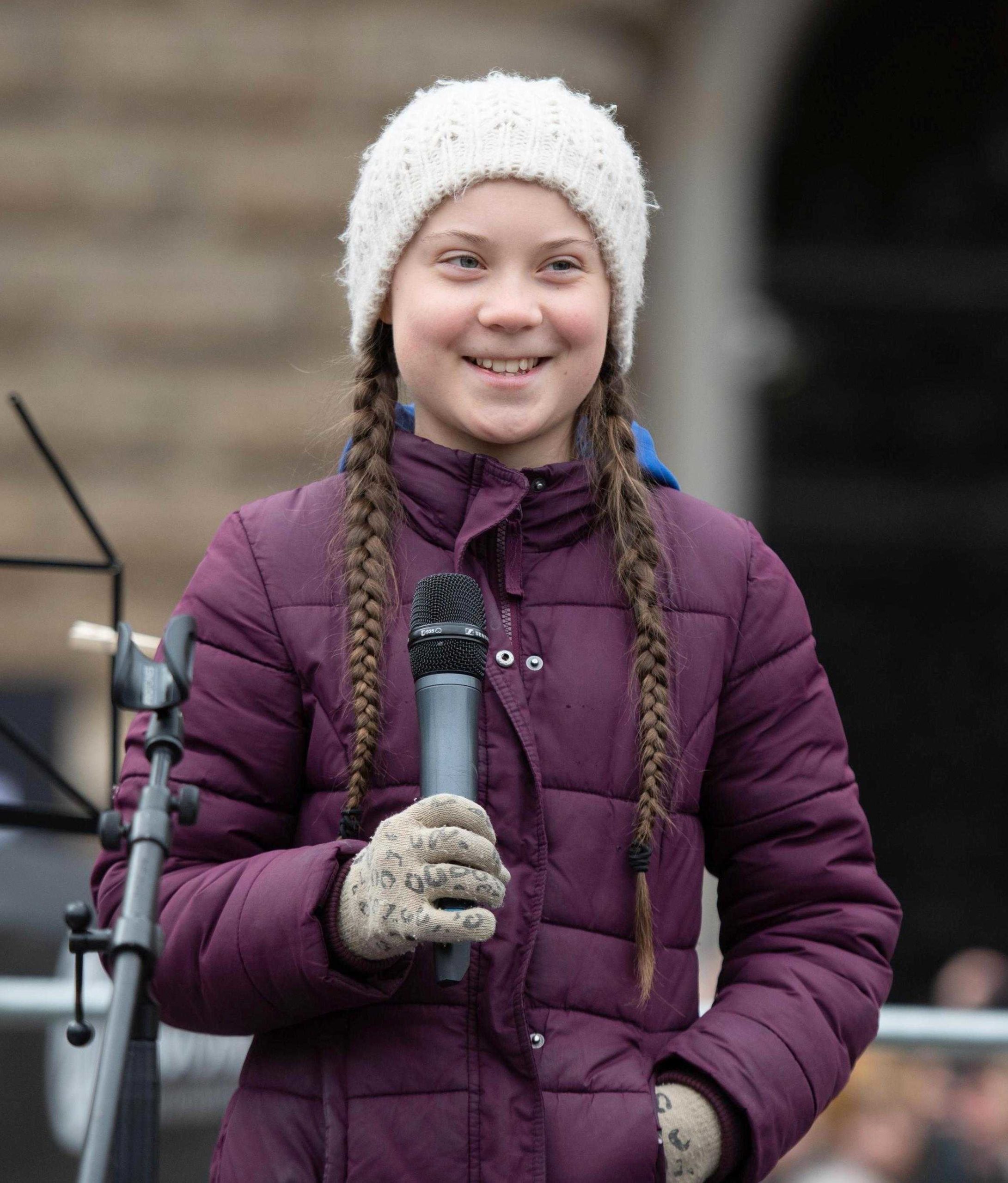 What is Greta Thunberg Famous For?

Where is Greta Thunberg Born?

Greta Thunberg was born in 2003. Her birth place is in Stockholm in Sweden. She holds Swedish nationality. She was born to a father, Svante Thunberg, and a mother, Malena Emman.

She first heard about climate change when she was 8 years old. She became depressed knowing that not much has been done about climate change. She was eventually diagnosed with Asperger syndrome, obsessive-compulsive disorder (OCD), and selective mutism.

She persuaded her parents to adopt several lifestyles to reduce their own carbon footprint including giving up air travel and going vegan.

She said she first got the idea of a climate strike after school shootings in the United States in February 2018. A couple of youths refused to go back to school and organized a March for Our Lives in support of greater gun control.

She had just started ninth grade. In August 2018, she decided not to attend school until the 2018 Swedish general election in September 2018 after the heat waves and wildfires during Sweden’s hottest summer in 262 years.

She demanded that the Swedish government reduce carbon emissions in accordance with the Paris Agreement. She protested by sitting outside te Riksdag every day for three weeks during school hours with the sign Skolstrek for Klimatet (school strike for the climate).

After the general elections, she continued to strike outside the Swedish parliament only on Fridays. She quickly gained worldwide attention.

She inspired school students across the globe to take part in student strikes and more than 20,000 students had held strikes in at least 270 cities, as of December 2018.

Her inspiration to other school-aged peers is described as the “Greta Thunberg effect”.

She then began to take part in demonstrations throughout Europe.

She spoke at TEDxStockholm about climate change in November 2018.

The climate startup company, We Don’t Have Time AB (WDHT) misused her name and image without her knowledge or permission to raise millions. She was an unpaid youth advisor of the company and later terminated her role with the company.

She declined to accept the Children’s Climate Prize, awarded by the Swedish electricity company Telge Energi in November 2018 because she had to fly to Stockholm for the ceremony.

She addressed the COP24 United Nations climate change summit in December 2018. She spoke before the plenary assembly in the same month.

She arrived in Davos after a 32-hour train journey in January 2019 to continue her climate campaign at the World Economic Forum.

She spoke at a conference of the European Economic and Social Committee and to European Commission chief Jean-Claude Juncker in February 2019.

The next day, she urged celebrities everywhere to use their influence and do their share of climate activism at Germany’s annual film and television award show. She spoke about the cause while receiving the ‘Golden Camera’ Special Award.

She met with MEPs and EU officials at the European Parliament in April 2019.

She met Arnold Schwarzenegger, United Nations Secretary-General Antonio Guterres, and Austrian President Alexander Van der Bellen at the launch of the conference organized by Schwarzenegger in May 2019 to speed up progress toward the Paris Agreement.

Penguin Books published No One Is Too Small to Make a Difference in May 2019. It is a collection of her speeches.

She also intends to publish Scenes from the Heart, the Thunberg family’s story. Earning from these projects will be donated to charity.

She painted a 50-foot-high mural of Thunberg on a wall in Briston in May 2019, which portrays the bottom half of her face as if under rising seawater.

She sailed across the Atlantic in a high-speed racing yacht in June 2019 to attend the United Nations Climate summits in the United States. The yacht Malizia II is fitted with solar panels and underwater turbines and so avoids generating carbon dioxide. She then aims to travel by train and bus to the annual UN climate conference in Chile.

The Swedish Railways reported in June 2019 that the number of Swedes taking the train for domestic journeys had risen by 8% more than the previous year. It is due to the Thunberg’s campaign about the impact of flying on Carbon dioxide emissions and her refusal to fly to international conferences. The impact has been described on social media as ‘Flygskam’ or “shame of flying”. It is popular on social media with the hashtag #jagstannarpamarken, which translates as #istayontheground.

Our contents are created by fans, if you have any problems of Greta Thunberg Net Worth, Salary, Relationship Status, Married Date, Age, Height, Ethnicity, Nationality, Weight, mail us at [email protected]