Dating app use has risen during the coronavirus pandemic since personal social contacting was restricted. Though these apps helped many people find their soulmate, they also gave some issues to others. People got ghosted, mosted, submarined, or orbited leading to irritation and mental issues. All these dating terms are newly coined and sound silly. But that is the reality of the current generation hooked online. The millennials and generation Z youth usually do not come clear of their intentions in a relationship. But when they do it is called hardballing (a new dating term).

Hardballing is when you make your intentions clear before the start of the relationship. Logan Dry, director of relationship science at Hinge says:

“Hardballing is a new dating term that means someone is being clear about their expectations of a relationship, whether you want a serious long-term partnership or a casual fling.”

It is also called “dating like a CEO”. Meaning thereby that you are the one who decided what you want in a relationship. It is dating with a specified intention.

Kimmy Seltzer, a dating specialist based in Los Angeles hosts the “Charisma Quotient” podcast. She reveals that she has seen more and more of her clients possess this attitude. The person is committed but for the purpose he or she wants in a relationship. Kimmy states:

“I call it the ‘pendulum effect. We were seeing a lot of transactional dating patterns ― things like bread-crumbing and ghosting ― but a trend can get to be too much.”

Dating has a pendulum effect. Prior people were not wanting to commit. They did not want to make their intentions on it clear and ended up with problems. But now increasing number of young people specify what they expect or want to experience in a relationship. Kimmy says that the pendulum has swung in the opposite direction toon namely No-nonsense, no surprises, transparent dating. Dating is now with discernment and an eye kept on the prize. She added:

“People are looking for and demanding more security, especially
during a time of uncertainty that the pandemic brings. So in essence, I think hardballing is a way to recalibrate what singles had gotten used to: the ghosting era.”

The dating has become serious-minded. Danielle Kepler, Chicago-practicing therapist feels that the pandemic has influenced people and made them swing towards this type of behavior. In his words:

“The pandemic has taught us all that life is short and if you know what you are looking for in a partner, why not say it outright so you can move on if the other person is not aligned with your ‘no compromise list.’”

What other experts feel?

Julia Bekker is a matchmaker and also a dating coach. Julia says:

“I definitely believe that COVID highlighted what it feels like to really be alone and eliminated all the distractions of dating. When all the options and socialization with friends is removed from the equation, people are forced to really sit with themselves and start to value connection more, in the end developing a deeper yearning for love and companionship.”

Additionally, people are going for slow dating. It is either for health reasons or because they want a stable relationship now. Match.com did a survey last year and found that 63% want more time now than before to think on their potential date. 69% feel that they have now become more honest and are less worried about physical appearance.

Also, read Is Zayn Malik on the dating app Wooplus? Is he trying to woo a plus size woman?

Though not new, hardballing is a positive change in dating. Frankness in a relationship always is good and helpful. 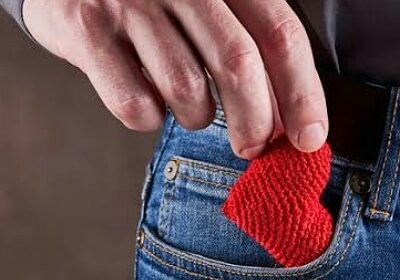 What is pocketing in a relationship? Why do people do it? Is it a new trend?