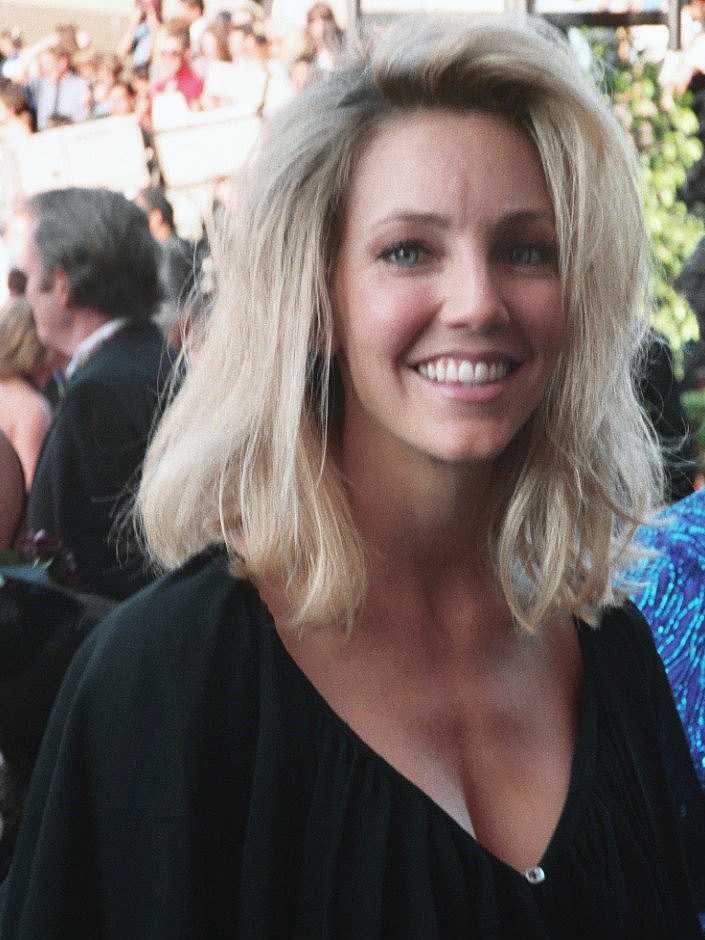 One of the very popular American actresses is Heather Deen Locklear who is popularly known as Heather Deen. She is a well known American celebrity. She is famous for her contribution to professional life. Mainly, she is known for her television role as Amanda Wiidward in the soap named “Melrose Place”. Her main occupation is Actress. She has appeared in series as well as in movies. Some of her acts in series, soap, movies are “Dynasty”, Franklin & Bash” and many more. Due to her effective performance on television, she later appeared in movies too. “Melrose Place” was one of the brilliant work of her starting career.

Famous Actress, Heather was born on 26th September 1961. Her full name is Heather Deen Locklear. She was born and raised in Los Angeles, California, the city of the U.S. Her father’s name is Bill Locklear, and her mother’s name is Diane Locklear. Her nationality is American. Her astrological sign is Libra. Her Ethnicity is White.

In the 1980s, she made her earliest screen appearances in tiny roles in episodes of American Drama Television Series named CHIPs, 240-Robert and Eight Is Enough. She appeared on the same series regular on T.J Hooker, making semi-regular appearances on Dynasty till the mid-1980s. The cast of Dynasty (including Locklear) rejoined for the four-hour miniseries Dynasty: The Reunion in 1991.

On May 14th, 1994 She was the guest host on Saturday Night Live. Also on May 19, 1994, she was popularly featured on the cover of Rolling Stone magazine as Melrose Place reached the height of its popularity. Also, she was named as one of People Magazine’s 50 Most Beautiful People twice in 1994 and in 2001.

After Melrose Place ended, she was then cast in the sitcom Spin City in 1999. She had a brief recurring role on the sitcom Scrubs in 1999.

She starred in a pilot for her own comedy series named once around the Park, but unfortunately, it was unsuccessful. It took place in the year 2003.

Again, she made another pilot for ABC, See Jayne Run, about a businesswoman who juggles a career with single motherhood in 2007, but unfortunately, it was also unsuccessful again.

Later, Locklear joined the cast of The CW’s updated version of Melrose Place in 2007.
She then starred in the television movie named He Loves Me on the Lifetime Channel in 2007.

She continuously appeared in a recurring role on the TV Land comedy series Hot in Cleveland in 2012.
Locklear became a regular on the comedy-drama named Franklin & Bash in 2013.

Locklear also featured in a public service announcement titled “We Are, Sarah Jones” in memory of camera assistant Sarah Jones, who was killed in an accident on the set of Midnight Rider on February 20, 2014. It was in the year 2014.

Again, Locklear appeared in the television movie named “The Game of Love” on May 15, 2016. Then, in 2016, it was revealed that Locklear would be guest-starring in a recurring role in Tyler Perry’s drama named Too Close to Home on TLC.

Heather was once in a relationship with a good number of people. Tommy Lee entered her life as a husband from 1986 to 1993. After their divorce, she then married Richie Sambora in 1994. They also have a baby daughter named Ava Elizabeth Sambora. She is currently a model now. Heather was also in relation with Jack Wagner and engaged in August 2011 but called off by November. Now, she is currently dating Chris Heisser.

Locklear has not revealed her current salary. As of 2018, her estimated net worth is around $ 25 million.

In 2008, she was arrested for the very first time for drinking and driving recklessly case.

Our contents are created by fans, if you have any problems of Heather Locklear Net Worth, Salary, Relationship Status, Married Date, Age, Height, Ethnicity, Nationality, Weight, mail us at [email protected]