Helen Elizabeth Hunt is an American actress and filmmaker. She is the recipient of numerous accolades, including an Academy Award and four Emmy Awards. 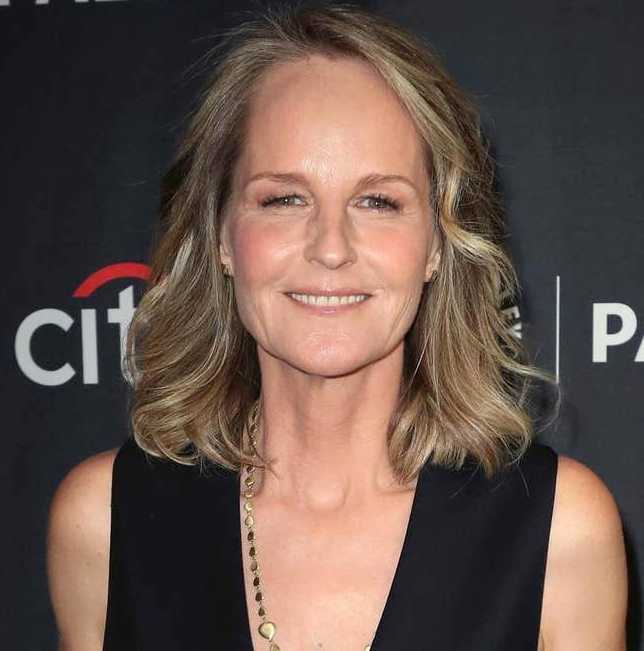 We can live a life full and complete, thinking with our heads but living from our hearts.

If there's a message, it's that the unlovable and unattractive parts of ourselves should be embraced. The only real currency between people is what happens when they're not cool. And I hope people feel OK about not being cool.

I think I'm a weird combination of deeply introverted and very daring. I can feel both those things working.

Helen Hunt is an American actress, director, and screenwriter who is best known as an actor for her role as Jamie Buchman in the sitcom, “Mad About You”. Hunt has won several awards for her highly acclaimed performances which include three “Golden Globe Awards for Best Actress in a Television Series”, four “Emmy Awards(Primetime) for Outstanding Lead Actress in a Comedy Series” and “Academy Award for Best Actress”. Hunt is also known for her performance in the romantic comedy, “As Good as It Gets”(1997).

What is Helen Hunt Famous for?

When and Where was Helen Hunt Born?

Helen Hunt was born on June 15, 1963, in Culver City, California, United States. Her birth name is Helen Elizabeth Hunt. Her nationality is American. Hunt belongs to mixed(English-German-Jewish) ethnicity while Gemini is her zodiac sign.

Helen Hunt was born to a family with a filmy background as her maternal grandmother, Dorothy Fries, was a voice coach and her uncle Peter H. Hunt, is also a director. Helen is the daughter of Jane Elizabeth Novis(mother) and Gordon Hunt(father). Her mother Jane was a photographer while her father was director, actor, writer and producer.

Helen Hunt was raised along with her sister, Colleen Hunt. When Helen was 3, her family moved to New York City as his father got work at the theatre there. Helen was always interested in acting because of his father’s background as she even played as a child several times a week at the theatre.

When Did Helen Hunt Start Her Career?

Who is Helen Hunt Married to?

The beautiful actress, Helen Hunt has married twice to date. Hunt previously dated actor Hank Azaria in 1994. Later, on July 17, 1999, Hunt and Azaria got married but their relationship couldn’t last long and 17 months later they divorced. Helen then started dating Matthew Carnahan, a producer, writer, and director in 2001.

Carnahan and Hunt together have two children: a son, Emmett Carnahan(1998) and a daughter, Makena Lei(2004). The couple, however, got split in August 2017. Besides, Hunt had dated lyricist Adam Guettel, actor Matthew Broderick, Doc O’Conner, and actor Eric Stoltz previously.

How Much Does Helen Hunt Earn?

The 56 years old, Helen Hunt has quite a great earning through her professional career as a successful actress. Hunt has managed to amass a great fortune of the amount in million dollars through her several hit movies and T shows. Hunt enjoys her fortune which is estimated to be around $55 million with her annual income of $6 million.

Hunt was given a salary of $1 million for her role in the highly acclaimed hit series, “Mad About You”. She even had bought an apartment worth $2.75 million, in Manhattan.

How Tall is Helen Hunt?

Helen Hunt is a beautiful actress who has a well maintained slim body physique. Hunt stands tall with a height of 5ft. 8inches(1.73 m) while her body weighs around 59 kg. She has an hourglass body figure with a measurement of 36-25-35 inches.

Hunt has a shoe size of 8(US), a dress size of 2(US) and a bra size of 34 B. Hunt has a fair complexion with golden-brown hair and green eyes.

Our contents are created by fans, if you have any problems of Helen Hunt Net Worth, Salary, Relationship Status, Married Date, Age, Height, Ethnicity, Nationality, Weight, mail us at [email protected]