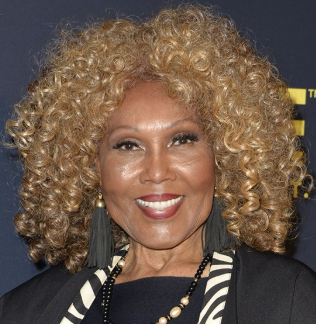 Jeannette Dubois has known professionally as Ja’Net DuBois was an American actress, singer-songwriter as well as a dancer. She was best known for her portrayal of Willona Woods, the neighborhood gossip maven and a friend of the Evans family on the sitcom Good Times, which originally aired from the year 1974 to 1979. She additionally co-wrote as well as sang the theme song “Movin’ on Up” for The Jeffersons, which originally aired from 1975 until 1985. Let’s know more about her through this article.

What is Ja’Net DuBois famous for?

Where was Ja’Net DuBois Born?

Recalling her early life, DuBois born in Brooklyn, New York, the U.S as Jeannette Dubois in the year 1945. Currently, she aged 74 years old. She is the daughter of Lillian and Gordon Dubois. Similarly, She is of American nationality and belongs to Afro-American ethnicity. Her birth sign is Leo and has faith in Christianity. Further, her information about siblings and academic qualifications are yet to be disclosed.

When did Ja’Net Dubios begin her acting career?

Moving towards her career, DuBois began her acting career in theater during the early 1960s, appearing in Broadway’s Golden Boy with Sammy Davis Jr. and Louis Gossett Jr. in 1964.

Her early television acting credits include the 1969 television movie J.T. and the long-running television soap opera Love of Life, on which her 1970 to 1972 role as Loretta Allen made her the first African–American female as a regular cast member on a daytime serial.

In 1970, She appeared in her first film, playing Vera in Diary of a Mad Housewife.

During the 1980s, She operated the Ja’net DuBois Academy of Theater Arts and Sciences, a performing-arts school for teenagers in Long Island, New York.

In 1992, she co-starred with Clifton Davis in And I Still Rise, a play written and directed by Maya Angelou. She co-starred in the films I’m Gonna Git You Sucka (1988) and Charlie’s Angels: Full Throttle (2003), and on television in Moesha, The Steve Harvey Show, A Different World, and The Wayans Bros.

In 1995, She won a CableACE award for Best Supporting Actress for her role in the Lifetime movie Other Women’s Children. She also won Emmy Awards for her voice-over work on the animated program The PJs in 1999 and 2001.

She along with the cast of Good Times received The Impact Icon Award at the 2006 TV Land Awards.

In 2000, She served as Grand Marshal for the North Amityville Community Parade and Festival Day in Amityville, New York.

Who was Ja’Net DuBois married to?

Reflecting on her personal life, DuBois married Sajit Krishna Gupta in 1950. Later, the relationship ended in 1959 as per the Brazillian consular document. Together, the pair had four children: Provat Gupta, Rani Gupta, Kesha Gupta-Fields, and Raj Kristo Gupta. After divorce, it was rumored that the romantically involved with actor Brock Peters in 1959.

Unfortunately, She died on February 18th, the year 2020. According to her family, she died in her sleep at her Glendale, California, home.

What is Ja’Net DuBois’s net worth?

Being a TV and film actress, DuBois earns a decent amount of money and fame through her profession in the field of the entertainment industry. Based on some online reports, her estimated net worth said to be $2 million at present. However, her salary and asset details are still unknown.

How tall was Ja’Net DuBois?

Before her death, DuBois stands a height of 5 feet 6 inches and weighs around 59 Kg. Similarly, She has a pair of black eyes and brown hair color. Further, her body measures 34-27-35 inches and used 6 (UK) shoe sizes.

Our contents are created by fans, if you have any problems of Ja’Net DuBois Net Worth, Salary, Relationship Status, Married Date, Age, Height, Ethnicity, Nationality, Weight, mail us at [email protected]