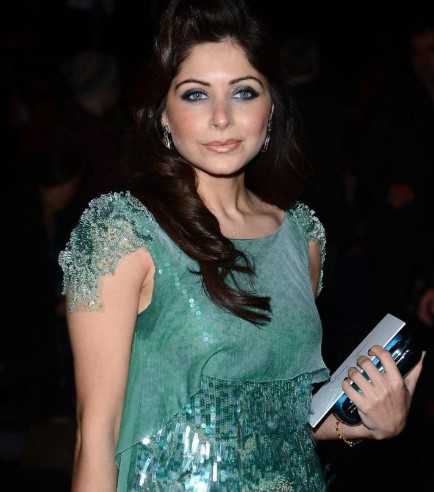 Kanika Kapoor, 41, is tested positive for the Nobel rising pandemic of COVID-19 recently, on March 20, 2020. She had just returned to her hometown from London on March 15, and shortly after that she started to have signs of the flu.

The news and controversies related to her illness came to highlight after Kapoor posted a message about her illness on her Instagram account on Friday afternoon. Currently, she is into the isolation ward at King George’s Medical University(KGMU), Lucknow. Soon after the singer was confirmed positive for COVID-19, her parents along with servants were also taken to the hospital and were examined and are quarantined completely.

Moreover, according to some sources, Kanika also had attended a party involving around 200 people including famous politicians and businessmen.

What is Kanika Kapoor Famous for?

Where was Kanika Kapoor Born?

Kanika Kapoor was born on March 23, 1978, in Lucknow, Uttar Pradesh, India. Her birth name is. Her nationality is Indian. Kapoor belongs to Khatri ethnicity while Aries is her zodiac sign.

Kanika Kapoor was born in a well-to-do family to Rajeev Kapoor(father) and Poonam Kapoor(mother). Her father is a businessman while her mother is a boutique owner. Kapoor was raised in a Khatri family fulfilling all the necessities since her childhood. She grew up along with her brother, Sasha Kapoor. He owns his own company in London.

Kapoor attended the Loreto Convent Lucknow institution and completed her schooling. She started learning classical music under musician Pandit Ganesh Prasad Mishra at the age of 12. She even participated in many music competitions at school.

Later, she completed her studied graduating with a BA degree and then Masters in music from Bhatkhande Music Institute, Lucknow. She was keenly interested in music since her childhood so she went to Mumbai after her graduation to pursue her career in music.

Who is Kanika Kapoor Dating?

Kanika Kapoor is currently single. She was previously in a relationship with her ex-husband, Raj Chandok. Chandok is a businessman from India. The couple got married in 1997 and then moved to London. Kapoor gave up singing completely as she wasn’t allowed to sing however, she was living a busy life taking care of her husband and three children: two daughters Aayana and Samara and a son Yuvraaj.

Later, in 2010, Kapoor and Chandok separated after Kapoor found her husband cheating on her and they finally divorced in 2012. Then after she moved along with her children to India and started pursuing her career in music. Currently, Kapoor owns her own house in Mumbai and is living a lavish life with her children and maternal family.

Furthermore, Kapoor is signed by an NGO as their brand ambassador, for promoting children’s education. She has also relaunched her own fashion brand “Kanika Kapoor: House of Chikankari”. In 2016, she was made the brand ambassador of Swiss Watch manufacturer 88 Rue du Rhone, an independent brand by Raymond Weil.

What is the Net Worth of Kanika Kapoor?

The 41 years old gorgeous singer, Kanika Kapoor has certainly one of the most successful careers in the music industry of Bollywood. Kapoor has managed to amass a fortune worth million dollars through her several box-offices hit music and concerts. Her estimated net worth is around $7 million.

Kapoor further earns money from her own fashion brand, “Kanika Kapoor: House of Chikankari” and from her endorsement deals and concerts.

How Tall is Kanika Kapoor?

The beautiful Kanika Kapoor has a well maintained hour-glass body physique. Kapoor has a gorgeous look with fair complexion and brown hair and sparkling grey eyes. She stands tall with a height of 5ft. 5inch.(1.65m) while her body weighs around 56kg(123 lbs). Kapoor has a body measurement of 33-26-34 inches with 7(US) as her shoe size and 4(US) as her dress size.

Our contents are created by fans, if you have any problems of Kanika Kapoor Net Worth, Salary, Relationship Status, Married Date, Age, Height, Ethnicity, Nationality, Weight, mail us at [email protected]