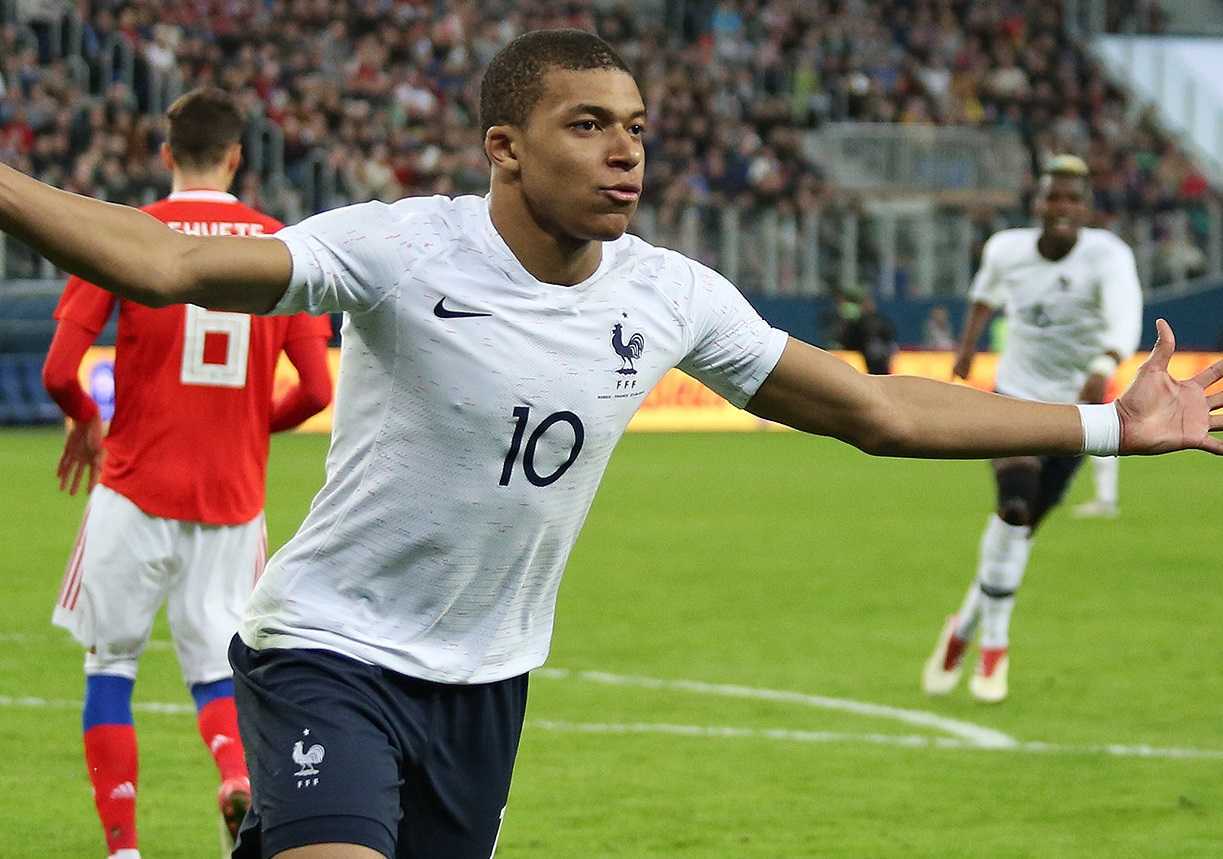 Kylian Mbappe is a French professional football player who is currently playing as a forward for Paris Saint-Germain and the France National Team. The 19 years old professional is currently regarded as one of the best young players and he will turn out to be the best player in the future if his impressive football saga continues. He started his amateur football at AS Bondy in 2004 before joining Monaco in 2013. He is the second-most expensive footballers in the world. French club Paris Saint-Germain signed him on a record transfer fee of 180 million Euro in 2017. Mbappe made his senior debut for France national team in 2017. He is the recipient of the 2018 FIFA Best Young Player Award, where his team won the World Cup.

No doubt, the 19-year old Kylian Mbappe is the current young best player in the world. He plays for French club Paris Saint-Germain in the Ligue 1. However, the Golden Boy winner has some disciplinary issues at the club. Recently, Mbappe arrived late at the PSG meeting. The reason was he was watching one of the greatest fixtures in the world, El Classico. For which, he was dropped from the PSG playing 11 in the latest fixture with Marseille. The club’s manager Thomas Tuchel benched him during the match until the 61st minute. However, Mbappe proved his worth when he came on in as a substitute for Eric Maxim Choupo-Moting in the 62nd minute and scored in the 65th minute to give his team a 1-0 lead.

Kylian Mbappe was born under the birth sign Sagittarius as Kylian Mbappe Lottin on 20 December 1998 in Paris, France to his mother Fayza Lamari and father Wilfried Mbappe. He has two brothers: Adeyemi Mbappe and Jires Kembo Ekoko, a professional football player. His mother is an Algerian and his Father is a football coach. Mbappe belongs to French nationality and Afro-European ethnicity. Mbappe started playing football at a very young age. He started his amateur career at AS Bondy in 2004.

Mbappe became the youngest player ever to play for the club’s senior team aged 16 years and 347 days, and score for the club at the age of 17 years and 62 days.

Initially, Mbappe has represented France national team at U17 and U19 age levels.

Mbappe was sensational when the France U19 team won the 2016 UEFA European U19 Championship.

He made his international debut for the senior team in 2017.

He scored a total of four goals throughout the tournament thus becoming the youngest French goalscorer in the World Cup history, as well as the second teenager player after Pele to score in a World Cup Final.

Legendary player Pele congratulated Mbapee on social media and stated “welcome to the club” as well.

Kylian Mbappe is just 19 years old and he is probably a single man. He has just begun his professional career and still has an entire career behind, it seems he is widely focused on his career. He hasn’t yet engaged in any relationships. Mbappe was rumored to be dating Camille Gottlieb, the daughter of Stephanie of Monaco. Camille first saw him in an event in Prince’s palace and believed to have fallen for him. However, it is yet to be confirmed. Besides this, his father is from Cameroon, a football coach, and his agent as well, while his Algerian mother Fayza is a former handball player. His adopted brother Jires Kembo Ekoko is also a professional football player.

The French talent stands 1.78m tall ie five feet ten inches. He has a bodyweight of 73 kg. He has an athletic body build. He has black hair and black eyes. He is just 19 years old at present and has maintained his body perfectly fit.

Net Worth of Kylian Mbappe

The 19-year old young best player in the world has an annual salary of around 17.5 million euros. He receives $146.79 weekly wages at PSG. He also has a sponsorship deal with Nike and has his own personalized football boots named Kylian Mbappe Nike Hypervenom 3. He became the most expensive teenager and second most expensive player ever when Paris Saint-Germain signed him for 180 million euros in 2017. As of 2018, the net worth of Kylian Mbappe is estimated at around $25 million.

Our contents are created by fans, if you have any problems of Kylian Mbappe Net Worth, Salary, Relationship Status, Married Date, Age, Height, Ethnicity, Nationality, Weight, mail us at [email protected]